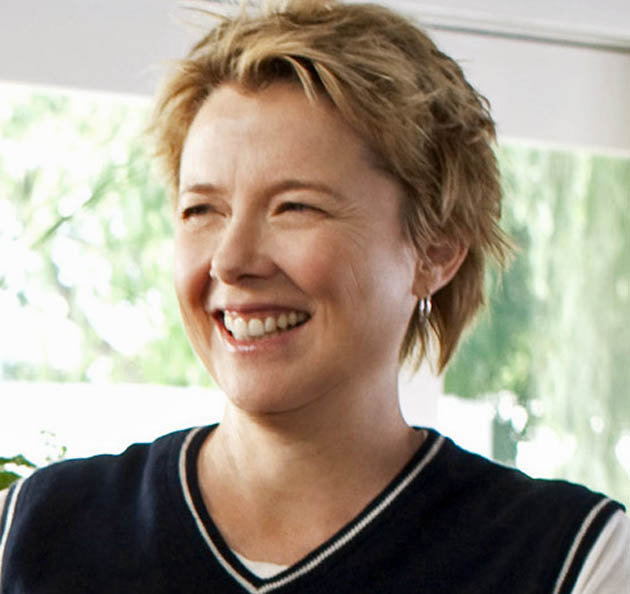 The New York Film Critics Circle have chosen their 2010 winners, which were announced on Dec. 12. Our predictions were mostly way off the mark (see further below), as the New York movie scribes, handing out awards since 1935, have mostly gone for mainstream – at best, mainstreamish – U.S.-made/backed fare.

The winners, whose quality varies from outstanding to mediocre, include the following:

All in all, the winner in the Best Animated Feature category was as adventurous as the New York Film Critics got. Sylvain Chomet’s French-made, darkly poetic The Illusionist / L’illusionniste, inspired by a semi-autobiographical work by Jacques Tati, beat Lee Unkrich’s Pixar-made, feel-good blockbuster Toy Story 3, inspired by two previous, financially successful toy tales.

Among the New York Film Critics’ 2010 winners in the less “pop” categories were:

Daring choices in any of the New York Film Critics’ categories have been a rarity in the last three decades, as the group has inched ever closer to the more mainstream picks of the Academy of Motion Picture Arts and Sciences.

Back in the 1970s, the New York Film Critics went for Ingmar Bergman’s Cries & Whispers and Federico Fellini’s Amarcord for Best Film. Isabelle Adjani was named Best Actress for François Truffaut’s The Story of Adele H., while Liv Ullmann topped that category three times (Cries & Whispers and The Emigrants, 1972; Scenes from a Marriage, 1974; Face to Face, 1976).

Most of these choices would have been all but unthinkable in the early 21st century. It would be akin to having something like The Illusionist beat something like Toy Story 3 in various categories, every single year.

But in the real world … Last year, for instance, the New York Film Critics went for Kathryn Bigelow’s eventual Best Picture Oscar winner The Hurt Locker, and for Hollywood stars George Clooney (Up in the Air & Fantastic Mr. Fox) and Meryl Streep (Julie & Julia) in the lead acting categories. 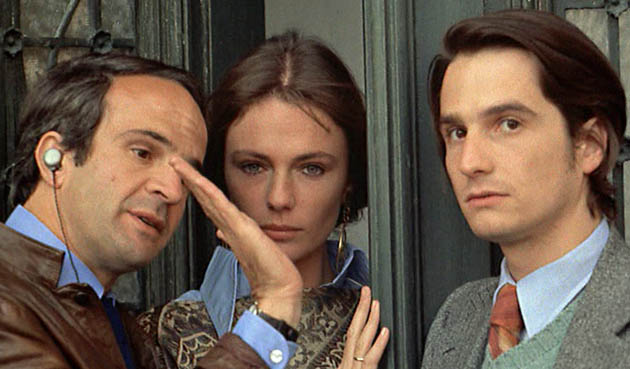 Day for Night, with actor-director François Truffaut, Jacqueline Bisset, and Jean-Pierre Léaud. Back in the 1970s, the now dishearteningly mainstream – or mainstreamish – New York Film Critics made a number of daring choices, e.g., selecting non-English-language arthouse releases as their Best Film for three years in row: Cries & Whispers (1972); Day for Night (1973); and Amarcord (1974). Since those days, the closest the NYFCC has gotten to alternative fare in their Best Film choices have been rarities like Robert Altman’s The Player (1992), Mike Leigh’s Topsy-Turvy (1999), and David Lynch’s Mulholland Dr. (2001).

Dec. 11: Our predictions for the Los Angeles Film Critics Association’s 2010 winners were mostly on target. Mostly, though not exactly overwhelmingly on target.

We nailed The Social Network, Toy Story 3, David Fincher, Aaron Sorkin, Colin Firth, and Jacki Weaver, while Kim Hye-ja was mentioned as a “deserving” possibility – and a “major upset.”

Way off the mark: Last Train Home, Niels Arestrup, and, absurdly (on our part), Carlos and Olivier Assayas, whose Summer Hours was wildly popular among U.S. film critics last year.

First of all, it’s good to remember that groupthink is a critics groups’ disease that is highly contagious at this time of year. Few are immune to it.

As a result, expect many similarities between the choices of the New York Film Critics and those of the other U.S.-based critics groups that have already been and/or will be announcing their winners in the coming weeks. As usual, expect a handful – but no more than a handful – of offbeat choices as well.

Out on a limb for Best Film

Going out on a limb regarding the New Yorkers’ Best Film choice: Mike Leigh’s drama about happiness, unhappiness, companionship, loneliness, aging, and mortality. That’s Another Year.

Why? Well, despite a number of positive notices, Another Year hasn’t been singled out by any major critics’ group, yet. In other words, it needs an Oscar push.

Although the New York Film Critics is no longer the adventuresome group that decades ago selected Five Easy Pieces, A Clockwork Orange, Cries & Whispers, Amarcord, Day for Night, and Nashville as the Best Film of their respective years, they are big fans of Mike Leigh’s work.

After all, Topsy-Turvy was the unexpected Best Film choice of 1999, while Leigh himself has won two Best Director awards, both in the last two decades: Topsy-Turvy and Happy-Go-Lucky (2008).

True, Another Year has no hyphen in the title, but it could mark another Mike Leigh New York victory.

Keeping things in perspective … we predicted Another Year performer Lesley Manville as the Los Angeles Film Critics’ Best Actress winner because three actresses in Mike Leigh films had been honored in L.A. in the last 15 years (Brenda Blethyn for Secrets & Lies, Imelda Staunton for Vera Drake, Sally Hawkins for Happy-Go-Lucky). We were quite wrong. 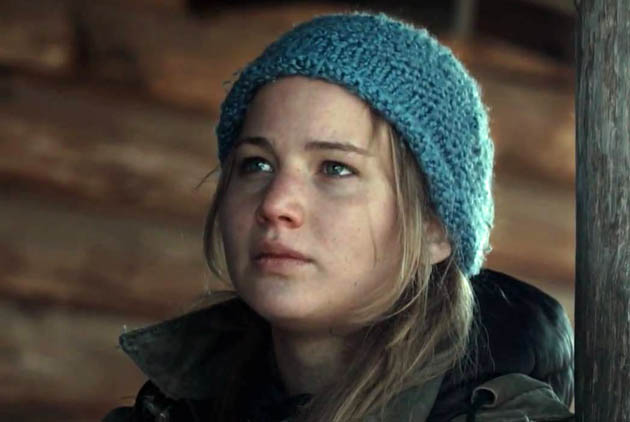 Winter’s Bone with Jennifer Lawrence. Debra Granik’s indie sleeper hit about an impoverished Ozarks teenager looking for her missing father in a part of the United States that seems to have been overtaken by drug addiction/drug trafficking is a Best Film possibility at the New York Film Critics Circle Awards.

If not Another Year, which has hardly set the U.S. box office on fire, the New York Film Critics may well go for the usual (mostly mainstream) suspects this awards season:

In case a non-English-language release is allowed to win Best Film – i.e., in case the New York Film Critics decide to relive their more adventurous past, then Olivier Assayas’ originally made-for-TV, real-life-inspired drama Carlos is a possibility, or even Jacques Audiard’s prison drama A Prophet or Bong Joon-ho’s psychological drama Mother.

Or, in a The Lord of the Rings: The Return of the King or Cameron Diaz in There’s Something About Mary kind of adventurousness, Lee Unkrich’s Toy Story 3.

Even if Another Year wins Best Film, David Fincher – not Mike Leigh – will probably take the Best Director award for the Oscar front-runner The Social Network.

Here are a few more names:

And to a lesser extent:

Lesley Manville in Another Year. The National Board of Review’s Best Actress winner was our “predictions” pick for both the Los Angeles Film Critics Association and the New York Film Critics Circle. The L.A. Film Critics went instead for the even more “esoteric” Kim Hye-ja for her performance as the titular character in Bong Joon-ho’s Mother, while the NYFCC opted for someone (much) more mainstream: Hollywood establishment figure Annette Bening, for her work in Lisa Cholodenko’s crowd-pleasing comedy-drama The Kids Are All Right.

We were dead wrong when we predicted that the Los Angeles Film Critics Association would choose Another Year performer – and 2010 National Board of Review winner – Lesley Manville as their Best Actress of the year. So, what to do but make the same prediction for the New York Film Critics Circle?

Else, perhaps Tilda Swinton will take home the Best Actress award for I Am Love.

Now, if Kim Hye-ja wins for Mother, that’ll no longer be considered a “major upset.” Indeed, Kim is a possibility, though the Hollywood womenfolk have a better chance:

The Best Screenplay award will likely go to Aaron Sorkin for The Social Network. A couple of other possibilities include Debra Granik for Winter’s Bone and David Seidler for The King’s Speech.

At least some New York Film Critics would surely love to vote for Fritz Lang’s Metropolis as the Best Foreign Language Film of 2010 – except that Lang’s recently restored 1927 effort starring Brigitte Helm was undoubtedly released in New York City back in the late 1920s.

Thus, Olivier Assayas’ Carlos will be the likely winner. Other strong possibilities are:

The Indiana Film Journalists Association surprisingly picked How to Train Your Dragon as the Best Animated Feature of 2010. We don’t believe the New York Film Critics will take that same route.

For Best Documentary, how about Alex Gibney’s Client 9: The Rise and Fall of Eliot Spitzer, chiefly because of its New York connection: former New York State Governor Spitzer had his political career ruined after it was revealed that he used to patronize an elite escort service.

Other possibilities are the same documentaries mentioned in our Los Angeles Film Critics’ predictions post: 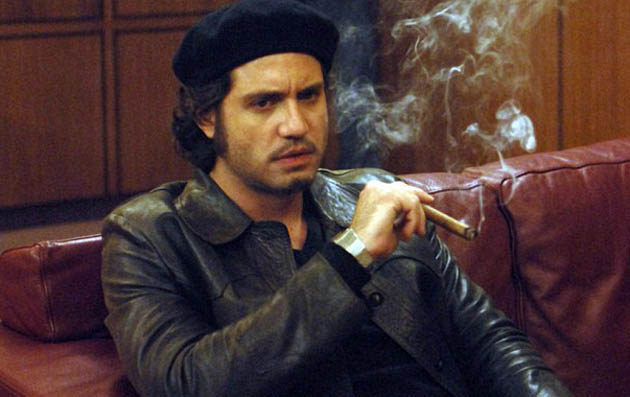 Edgar Ramírez in Carlos. For his portrayal of Venezuelan assassin/terrorist Carlos the Jackal in Olivier Assayas’ French-German biopic/thriller Carlos (originally made as a television miniseries), Venezuelan actor Edgar Ramírez was a possible contender for the New York Film Critics Circle’s Best Actor award. The eventual mainstream winner, however, was Colin Firth for his portrayal of another real-life figure, British King George VI in Tom Hooper’s crowd-pleasing The King’s Speech. Currently serving a life sentence in France, Carlos the Jackal was the inspiration for Edward Fox’s character in Fred Zinnemann’s 1973 thriller The Day of the Jackal.

For Best Actor, Jesse Eisenberg should be named for The Social Network. Else, Colin Firth for The King’s Speech or Edgar Ramírez for Carlos.

If the Venezuelan Ramírez wins, that’ll be a first – as in, the first performer to win the New York Film Critics’ Best Actor award for a (at least partly) non-English-speaking role.

Other Best Actor possibilities include:

And what about Paul Giamatti for Barney’s Version? Who knows?

We wouldn’t be much too surprised – we keep hoping for some at least moderately daring choices – if the New York Film Critics’ selections in the supporting categories match those of their Los Angeles counterparts: Niels Arestrup for A Prophet and Jacki Weaver for Animal Kingdom.

The mainstream suspects for Best Supporting Actor are The Dark Knight star Christian Bale for The Fighter (at this stage he looks like the probable SAG Award and Oscar winner) and Geoffrey Rush for The King’s Speech.

Family-ruining heterosexual Mark Ruffalo (The Kids Are All Right) has become sort of a dark horse by now.

The mainstream suspects for Best Supporting Actress are Melissa Leo for The Fighter (and, to a lesser extent, Amy Adams for the same movie) and Helena Bonham Carter for The King’s Speech.

However, no one should be much too surprised if the winner is:

It bears remembering that in the last 20 years the New York Film Critics have taken a schizophrenic approach to their acting choices, ricocheting back and forth between (mostly) highly commercial Hollywood productions and smaller American indies and British imports – even, however rarely, daring to venture into the dark recesses of the non-English-speaking world.

That’s why one year you get Imelda Staunton in Vera Drake and the next Reese Witherspoon in Walk the Line, followed by Helen Mirren in The Queen. Or Tom Hanks in Cast Away, followed by Tom Wilkinson in In the Bedroom.

Patricia Clarkson is singled out for Far from Heaven in 2002, and then Jennifer Hudson is honored for Dreamgirls in 2006. Later in the decade we have Penélope Cruz in Vicky Cristina Barcelona (2008) and Mo’Nique in Precious (2009) – two indie movies featuring, what else, Oscar favorites (and eventual Oscar winners).

Last year’s winners, if that’s any indication, were Hollywood types George Clooney (Up in the Air & Fantastic Mr. Fox) and Meryl Streep (Julie & Julia), and, in the supporting categories, popular choices Christoph Waltz (Inglourious Basterds) and the aforementioned Mo’Nique.