Malcolm Arnold: The Bridge of the River Kwai Composer 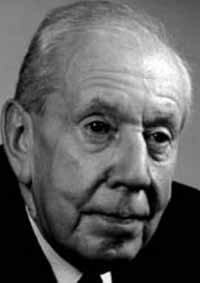 Malcolm Arnold, reportedly the first British composer to win an Academy Award, died Saturday, Sept. 23, at a hospital in Norfolk county, eastern England, after suffering from a chest infection. Arnold was 84.

He won his only Academy Award for scoring the mammoth 1957 Anglo-American David Lean production The Bridge on the River Kwai, which won a total of seven Oscars including Best Picture.

According to a mini-biography by the Malcolm Arnold Society (website), Arnold, who was born in Northampton on October 21, 1921, studied composition with Gordon Jacob and trumpet with Ernest Hall at the Royal College of Music.

He created more than 130 film scores, mostly for British productions, including those for Lean’s 1954 drama Hobson’s Choice; the adventure epic The Inn of the Sixth Happiness, for which he won an Ivor Novello Award in 1958; the 1959 adaptation of Tennessee Williams’ Suddenly Last Summer; and the war drama The Heroes of Telemark (1965). His film career came to a halt in the late 1960s.

Additionally, Arnold composed nine symphonies, five ballets, two operas, 20 concertos, overtures and orchestral dances, and two string quartets. He was made a Commander of the Order of the British Empire in 1970. In 1986, he received a career Ivor Novello Award for outstanding services to British music. He was knighted in 1993.

“People didn’t see the man that I knew because he had frontal lobe dementia over the last few years which slowly developed but, being with him, he was a happy, lovely man who enjoyed his music and enjoyed his life,” Arnold’s companion for 23 years, Anthony Day, told the BBC.

Cellist Julian Lloyd Webber, who believes that Arnold was never given his due as a composer, declared that Arnold “could be extremely rude to people but you should be able to get beyond that and get to the music.”

On the day of his death, his ballet The Three Musketeers opened at the Alhambra Theatre in the northern English city of Bradford. The performance was dedicated to him.