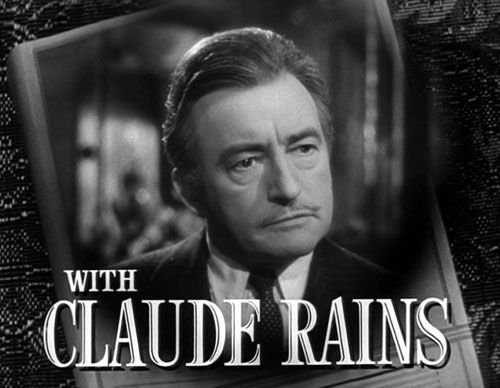 Monday-Wednesday, Aug. 4–6, highlights on Turner Classic Movies: Monday is Marie Dressler Day. What could be there not to recommend?

Well, Emma, for one, is an appallingly sudsy melodrama, and Dressler herself is quite weak as the nanny who gives it all – and still must pay for her (sort of) good deeds. Even so, Emma is one of those bad movies that should be watched at least once, if only for historical reasons.

Emma was one of MGM’s biggest hits of 1932, Dressler received a Best Actress nod for the period 1931–1932 (she lost to Helen Hayes in the equally cataclysmic The Sin of Madelon Claudet), while the cast includes Jean Hersholt (after whom the Academy’s humanitarian award was named) and a pre-stardom Myrna Loy.

Not to be missed is Let Us Be Gay – nope, it’s not a coming-out drama. In fact, the film is a hilarious romp (despite a godawful moralistic ending), with Norma Shearer at her worldly best and Dressler stealing every one of her scenes. The Girl Said No was the most successful William Haines talkie, less because of Haines’ grating performance than because of Dressler’s delightful drunken bit. Artistically speaking, the Dressler-Polly Moran comedies are minor fare, but they were huge box office earners in their day.

And finally, The Divine Lady, which TCM shows only sporadically, is a must – though not because of Dressler, who has only a minor role in it. This (fictionalized) historical romantic melodrama earned Frank Lloyd a best director Oscar for the period 1928-29, while star Corinne Griffith (right) was “considered” for the best actress award. (There were no official nominations that year.) Griffith should have won, for she – as a lovestruck Lady Hamilton – was by far the best among the six actresses in the running. (For the record, the others were Bessie Love for The Broadway Melody, Jeanne Eagels for The Letter, Betty Compson for The Barker, Ruth Chatterton for Madame X, and the winner Mary Pickford for Coquette.) Once you’ve seen The Divine Lady, I dare you not to think of Corinne Griffith next time you hear Norma Desmond exclaim, “We had faces then!”

As for Marie Dressler (Best Actress Academy Award winner for Min and Bill, 1930–1931) becoming a film superstar in her 60s, that’s the Hollywood career exception to end all exceptions.

Note: Like Marie Dressler, Lionel Barrymore was an Academy Award winner for the period 1930–1931, for his performance as Norma Shearer’s dipsomaniac lawyer father in A Free Soul.

In my invariably humble opinion, Claude Rains was one of the greatest four or five screen actors ever. Three of his best performances can be seen on Tuesday. They are: The crooked senator in Frank Capra’s Mr. Smith Goes to Washington; frivolous Bette Davis’ caring husband in the classy melodrama Mr. Skeffington (that’s Rains); and Julius Caesar in Gabriel Pascal’s filmization of George Bernard Shaw’s Caesar and Cleopatra (Shaw also wrote the film adaptation). Vivien Leigh, more than a tad theatrical but effective nevertheless, plays the Egyptian queen.

Three of the Bancroft films are TCM premieres: Anthony Mann’s Western The Last Frontier, the curious 84 Charing Cross Road, about a long-distance letter-writing “affair” between two book lovers (Anthony Hopkins is the other one); and Agnes of God, an effective – if much too antiseptic – adaptation of the stage hit about a nun (Meg Tilly) who believes that the Holy Spirit is her (by now dead) baby’s dad. Bancroft is outstanding as the Mother Superior with little tolerance for miracles of that sort.

Bancroft is equally outstanding in Mike Nichols’ classic The Graduate (in a role initially intended for Patricia Neal and Doris Day), and she’s quite good as Peter Finch’s dejected housewife in Jack Clayton’s kitchen-sink drama The Pumpkin Eater, adapted by Harold Pinter from a novel by Penelope Mortimer.

5:00 AM Gold Is Where You Find It (1938)
A gold strike in California triggers a bitter feud between farmers and prospectors. Cast: George Brent, Olivia de Havilland, Claude Rains. Director: Michael Curtiz. Color. 94 min.

3:15 PM The Unsuspected(1947)
The producer of a radio crime series commits the perfect crime, then has to put the case on the air. Cast: Claude Rains, Joan Caulfield, Constance Bennett. Director: Michael Curtiz. Black and white. 103 min.

1:30 AM Lady with Red Hair (1940)
An actress hopes to regain her lost son by making it to the top. Cast: Miriam Hopkins, Claude Rains, Richard Ainley. Director: Curtis Bernhardt. Black and white. 78 min.

5:00 AM The Naked Street(1955)
A racketeer saves his daughter’s no-good husband from the chair but lives to regret it. Cast: Anthony Quinn, Anne Bancroft, Farley Granger. Director: Maxwell Shane. Black and white. 85 min.