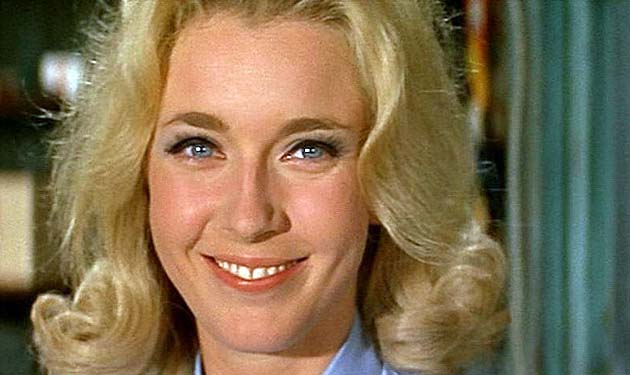 Actress Marie Dubois, a popular French New Wave personality of the 1960s and the leading lady in one of France’s biggest box office hits in history, died on Oct. 15 at a nursing home in Lescar, a suburb of the southwestern French town of Pau, not far from the Spanish border. Dubois, who had been living in the Pau area since 2010, was 77. For decades she had been battling multiple sclerosis, which later in life had her confined to a wheelchair.

Born Claudine Huzé (Claudine Lucie Pauline Huzé according to some online sources) on Jan. 12, 1937, in Paris, the blue-eyed, blonde Marie Dubois began her show business career on stage, being featured in plays such as Molière’s The Misanthrope and Arthur Miller’s The Crucible.

She was officially discovered by François Truffaut, who had been impressed with her work in the television series La Caméra explore le temps (“The Camera Explores Time”) et Les Cinq dernières minutes (“The Last Five Minutes”). Truffaut, in fact, is the one who suggested that Claudine Huzé change her name to Marie Dubois, in reference to the titular heroine of Jacques Audiberti’s 1952 novel about a police officer who falls in love with a dead woman.

In Shoot the Piano Player / Tirez sur le pianiste, the director’s 1960 Nouvelle Vague crime drama and homage of sorts to Hollywood film noirs, Dubois plays the barmaid Léna, Charles Aznavour’s romantic interest. It was during filming that she first felt the symptoms of multiple sclerosis, but that didn’t prevent her from once again joining forces with Truffaut: she landed a supporting role in Jules and Jim, a 1961 drama featuring a (for some) scandalous ménage à trois with participants Jeanne Moreau, Oskar Werner, and Henri Serre. 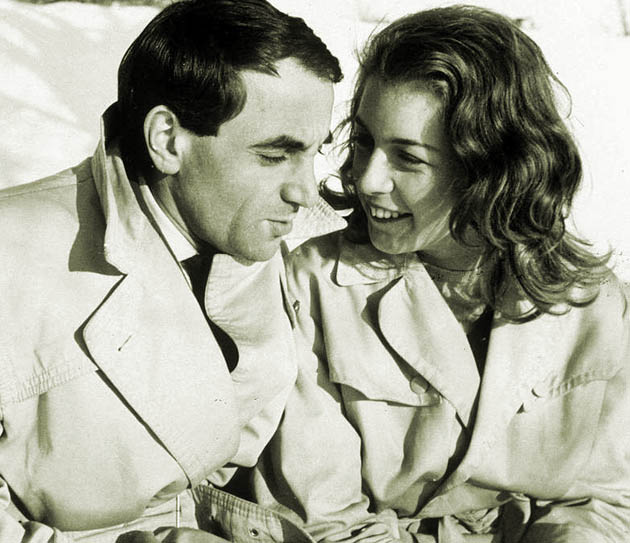 Marie Dubois in ‘Shoot the Piano Player,’ with Charles Aznavour.

Alternating between offbeat New Wave efforts and commercial, mainstream fare, during her four-decade movie career Marie Dubois would be featured in productions directed by and/or starring some of the biggest names in French cinema.

Examples include the following:

Dubois was reunited with Bourvil and Terry-Thomas in Ken Annakin’s Monte Carlo-set Monte Carlo or Bust! / Those Daring Young Men in Their Jaunty Jalopies (1969), a failed attempt to match – and to expand internationally – the success of La Grande Vadrouille, featuring plot elements from Hollywood’s own box office hit The Great Race and the Annakin-Terry-Thomas collaboration Those Magnificent Men and Their Flying Machines.

The presence of Tony Curtis, Jack Hawkins, Walter Chiari, and Dudley Moore in the Monte Carlo or Bust! cast didn’t help matters much.

Marie Dubois screen test for François Truffaut’s ‘Shoot the Piano Player,’ in which she explains that she finds it easier to curse others out while she’s at the wheel.

Although by the early ’70s the French New Wave had become a thing of the past, Marie Dubois kept herself busy throughout the decade. She was most notably seen in the following:

At around that time, Dubois was forced to curtail her acting career because of encroaching illness. From the early 1980s on, she would be seen less frequently and in smaller supporting roles.

In 2001, she was seen discussing life with multiple sclerosis in an Alain Corneau-directed campaign to combat the disease.

Last year, she was named a Knight of the Legion of Honor by French Minister of Culture Aurélie Filippetti.

I was born in the cinema at the very same time that a little death crept inside me. Multiple sclerosis. The first time it’s like a fleeting shadow glimpsed in the night and that dissipates in daylight. Hardly disturbing. Then, little by little, it began appearing in the light. The shadow took shape. And that shape was my own.

AlloCiné was a key source for this Marie Dubois article.