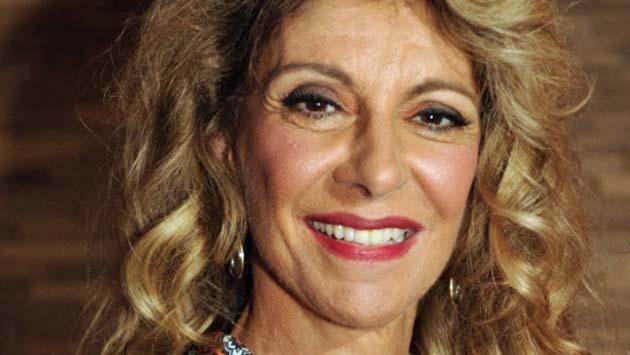 In one pivotal – and widely talked about scene – she lets the titular character (da Silva, at the time 12 years old)[2] suckle her breast.

In another, she pulls down her panties and sits in a dirty toilet while taunting Pixote, telling the boy that he looks like the fetus she has just aborted – which lies in a blood-soaked bucket next to the john.

When Pixote was screened at New York City’s Museum of Modern Art, New York Times critic Vincent Canby wrote, “The performances are almost too good to be true, but Mr. Da Silva and Miss Pera are splendid.”

Following these two wins, she was touted as a possible Academy Award contender. However, absurdly pushed in the Best Actress category, she was bypassed in favor of better known Hollywood stars with the backing of bigger studios/distributors.[3] 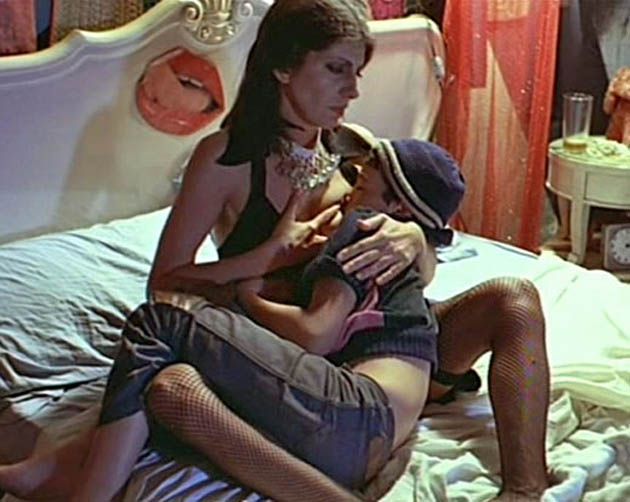 Brazil’s most widely acclaimed film production up to that time, Pixote was ironically ineligible for the Best Foreign Language Film Academy Award, as that country’s film commission had failed to submit Babenco’s movie within the allotted period. Although eligible in other competitive Oscar categories, Pixote ended up nominationless.[5]

From the mid-1960s on, Marília Pêra was kept busy on Brazilian television (e.g., the soap O Cafona, as a character named Shirley Sexy, 1971; the series Pé na Cova, 2013) and in the theater. On stage, she played Carmen Miranda on several occasions, in addition to the likes of Maria Callas, Coco Chanel, and iconic Brazilian singer Dalva de Oliveira.

As discussed in her interviews, Pêra’s stage work brought her not only prestige but also potentially life-threatening hazards. In the late 1960s and early 1970s, she fell afoul of Brazil’s far-right military and police, getting arrested and/or beaten several times.

On the big screen, Pixote remained Pêra’s one international hit. Over the course of nearly five decades, she was seen in a mere couple of dozen feature films.

Highlights include the following:

According to a friend of the actress, Pêra, who had been reluctant to take on the small part, would later complain in private about the size and scope of her Central Station role.

Publicly, however, she would affirm that she felt “honored” to have been featured in Salles’ film, while adding, “In Brazil, we do things differently, but I think the backers should have given us fair wages for this type of [star cameo] role.”

Seemingly contradicting herself, she would later tell the Brazilian magazine Quem that the only film to earn her some real money was Central Station, explaining, “I didn’t even have a contract for Pixote. I never got anything out of that.”

Marília Pêra’s sole American film was Paul Morrissey’s independently made Mixed Blood (1985), featuring a gang of underage Brazilian drug dealers at war with Puerto Rican drug dealers vying for Manhattan’s Lower East Side. Pêra was cast as (the not at all Brazilian-sounding) Rita La Punta, the Fagin-ish leader of the Brazilian gang.

Noteworthy as the first American film to star Marilia Pera, the extraordinary Brazilian actress remembered in this country for her performance in Hector Babenco’s Pixote. Though Miss Pera is not a big woman, she makes Mixed Blood look bigger than it is by being in it. She’s not conventionally beautiful, but she fills the screen with the kind of dynamism we used to associate with Anna Magnani. She’s tough and funny and not for a minute does she play down to the bizarre circumstances in which she finds herself.

Marília Pêra’s last movie role was in Allan Fiterman’s Now Boarding / Embarque Imediato, released in Brazil in 2009. According to the IMDb, she had two movies in post-production at the time of her death: José João Silva’s Dona Paraíso and Pedro Antônio’s To Ryca.

It’s really too bad she never got to work with Pedro Almodóvar.

As for her reputation for being “difficult,” Marília Pêra told Quem magazine in 2012:

Below: Marília Pêra in another one of her big – and daring – ‘Pixote’ moments, with Fernando Ramos da Silva.

‘Pixote’ tragedy on screen and in life

[1] A somewhat literal translation of the original Portuguese-language title would be “Little Kid: The Law of the Weakest”)

[2] A former street kid, Fernando Ramos da Silva returned to the streets a few years after Pixote was released. He was killed by police – following an alleged shootout – at age 19 on Aug. 25, 1987.

Besides Pixote and Chariots of Fire, that year’s other nominees were both English-language entries: Peter Weir’s Gallipoli and Louis Malle’s Atlantic City.

Miramax to the rescue

[5] Had either Miramax or The Weinstein Company been around backing it up in the early 1980s, things would likely have turned out quite differently for Pixote at the Oscars.

This Marília Pêra article is a revised and expanded version of a brief obit posted in December 2015.

Sandra Bullock Box Office: One of Precious Few Women at No. 1