“The FBI does not have a pornographic home movie of actress Marilyn Monroe in its files and never did, FBI officials tell NBC News. Document analysts at the FBI have completed a manual search of FBI records and found no evidence of the film.

“’The records show no indication we ever had such a film,’ said David Hardy, who organized the search and is chief of the FBI Record/Information Dissemination Section. Hardy said six or seven FBI analysts spent a total of ’32 man hours’ reading through paper documents at the FBI’s records center in Alexandria, Va., and did not find anything indicating that the FBI has or ever had a Marilyn Monroe sex film.

“The FBI’s fruitless search casts doubt on claims by New York memorabilia dealer Keya Morgan, who told countless media organizations on April 14 that the FBI had obtained a copy of the sex film in the 1960s. Morgan told NBC News and other networks and newspapers that nine FBI agents and the late FBI Director J. Edgar Hoover himself had spent weeks poring over the film, trying to establish the identity of the man who supposedly engaged in a sex act with Monroe in the 15-minute black-and-white movie.”

Several weeks ago, Morgan grabbed international headlines after telling reporters that while researching a documentary on the death of Marilyn Monroe he had gotten hold of the sex film by way of the son of a former FBI informant. Morgan also claims that the alleged sex tape – no one has been able to confirm its existence – was sold for $1.5 million to a rich New York businessman. No one has been able to confirm the existence of the rich New Yorker either, for he “chooses to remain anonymous.”

The 1913 melodrama Ma l’amor mio non muore / Love Everlasting, starring super-diva Lyda Borelli, will be screened on Tuesday, May 13 at 7pm at the Brooklyn Academy of Music (BAM).

Why a silent movie screening at an academy of music, of all places?

Well, perhaps because Lyda Borelli (1884–1959) plays a singer in the film. (According to film historian Greta De Groat, “Borellismo was a word used in Italy in the teens to describe the Lyda Borelli craze.”)

In any case, the screening won’t be really silent. Donald Sosin will provide live piano accompaniment, and there’ll be a post-screening Q&A with author Angela Della Vacche, who’ll talk about her new book Diva: Defiance and Passion in Early Italian Cinema (University of Texas Press).

Directed by Mario Caserini, and written by Emiliano Bonetti and Giovanni Monleone, Love Everlasting tells the story of an singer who falls tragically in love with a prince. (The poor thing was unaware of her lover’s blue-bloodness.) Also in the cast, Mario Bonnard (as the prince), Gian Paolo Rosmino, and Vittorio Rossi Pianelli.

2001: A Space Odyssey in the (Actual) 21st Century: A Cinematic Odyssey 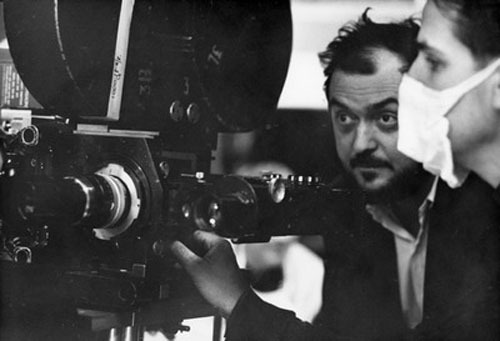 “2001 in 2008: A Cinematic Odyssey” is the Academy of Motion Picture Arts and Sciences’ next event dedicated to Stanley Kubrick’s 2001: A Space Odyssey. Special effects pioneer Douglas Trumbull (right) and actor Tom Hanks will discuss the making of 2001 at 8 p.m. on Wednesday, May 21, at the Samuel Goldwyn Theater in Beverly Hills.

Presented by the Academy’s Science and Technology Council, “2001 in 2008: A Cinematic Odyssey” will, as per the Academy’s press release, “feature never-before-seen images of and an onstage discussion about the technology used in the making of Academy Award-winning science fiction epic. The innovative special effects tools and techniques to be presented in the program include the Slit-Scan machine, the ‘Sausage Factory’ device, the Jupiter machine and the front projection process, all of which were used in the production of the film.” (Note: 2001 won only one Oscar, for best special effects.)

Trumbull, in his first job on a feature film, was one of four “photographic effects supervisors” on the 2001 set when filming began in December 1965 at MGM British Studios in Borehamwood. He recently helped David D. Larson, who has been researching a book on the film’s history, to identify and contextualize 2001 items from the Kubrick Archive in London, among them original artwork, memos, call sheets, photographs, and other artifacts. Several of these discoveries will be included in the “2001 in 2008” program.

The presentation will also feature a display of “representative filming equipment,” in addition to actual items used in the film on loan from several private collections.

Tickets to “2001 in 2008: A Cinematic Odyssey” are $5 for the general public and $3 for Academy members and students with a valid ID. Tickets are available for purchase by mail, at the Academy box office, or online at www.oscars.org. Doors open at 7 p.m. All seating is unreserved.

The Samuel Goldwyn Theater is located at 8949 Wilshire Boulevard in Beverly Hills. For additional information, visit www.oscars.org or call (310) 247-3600.