After moving with her family to New York, Marjorie Lord made her Broadway debut at age 17 in Zoe Akins’ Pulitzer Prize-winning 1935 adaptation of Edith Wharton’s novella The Old Maid, replacing Margaret Anderson in the role of Tina, Helen Menken’s out-of-wedlock daughter.

Hollywood offers ensued, but these led to film appearances in a string of low-budget movies in the late 1930s and throughout much of the 1940s, initially (and briefly) at RKO and later at Universal. Largely forgotten titles include:

As for Warner Bros.’ prestigious 1939 film version of The Old Maid, contract player Jane Bryan was the one who got to play Bette Davis’ out-of-wedlock daughter under the direction of Edmund Goulding.

More B movies in the post-war years

After the war, Marjorie Lord’s movie roles became smaller, whether in A productions such as Frank Capra’s musical Riding High (1950), starring Bing Crosby and Coleen Gray, or – for the most part – in largely forgotten B fare such as:

She also had a rare lead in Sam Newfield’s unusual-sounding The Strange Mrs. Crane (1948), playing a politician’s wife and former criminal who turns to murder after being blackmailed. Pierre Watkin was cast as her husband; Robert Shayne played the doomed blackmailer.

Lord’s sole post-1954 big-screen appearance was in Bob Hope’s dismal comedy Boy, Did I Get a Wrong Number! (1966), co-starring Elke Sommer and Phyllis Diller under the direction of George Marshall. 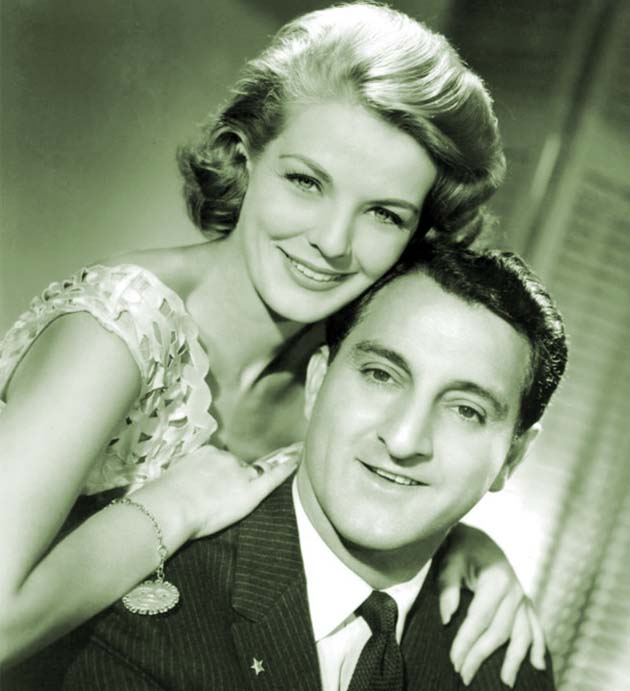 First aired on ABC in 1953, Make Room for Daddy starred Danny Thomas as a nightclub entertainer named Danny Williams and Jean Hagen (The Asphalt Jungle, Singin’ in the Rain) as his wife. Following Hagen’s departure from the series in 1956 – whether to focus on her film career or after disagreements with Danny Thomas, depending on the source – Williams was turned into a widower.

To revive the sagging ratings of the show – during that period known as The Danny Thomas Show – another female character was brought in: nurse Kathy O’Hara, played by Marjorie Lord. ABC cancelled the series at that time, but NBC picked it up. Lord would remain with the show, once again known as Make Room for Daddy, until 1964.

Thomas and Lord would return as the Williams couple in Make Room for Granddaddy, which had a considerably less successful – one season – run in 1970-71.

As found on the IMDb, Marjorie Lord’s last appearance in front of the camera was in Jack Bender’s TV movie Side by Side, starring fellow TV veterans Milton Berle and Sid Caesar, in addition to her Make Room for Daddy co-star Danny Thomas. The following year, she told the Los Angeles Times, “I would rather retire graciously.”

Marjorie Lord was married three times. Her first husband (1941–1955) was actor John Archer (White Heat, Destination Moon), whom she met while they were both featured in James Thurber and Elliott Nugent’s play The Male Animal. Besides, they were seen in two 1943 releases: Sherlock Holmes in Washington and Joseph Santley’s Shantytown.

Archer’s son, Tommy Davis, is a former spokesman for the Church of Scientology.

Two years later, she married Union Bank executive Harry J. Volk, who helped found and finance downtown Los Angeles’ Music Center – the site of the Dorothy Chandler Pavilion, where the Academy Awards were held from 1969 to 1987, and, alternating with the Shrine Auditorium, from 1988 to 2001. Volk died in 2000. John Archer died in 1999.

In later years, Marjorie Lord was known for her philanthropic deeds in the Los Angeles area. In addition to the Music Center, she helped to support the Joffrey Ballet, the Banning Museum, and the USC libraries, among others.

She also co-founded the USC Scripter Awards, which honors English-language film adaptations of literary works. Recent winners include The Imitation Game, 12 Years a Slave, Argo, The Descendants, The Social Network, and Up in the Air. The award goes to both the screenwriter and the original author.

Lord’s book of memoirs, Marjorie Lord: A Dance & a Hug, was published in 2004. In the book, she talks about the importance of her Christian Science beliefs.