Time magazine has chosen Facebook founder Mark Zuckerberg as Person of the Year. Two questions immediately comes to mind: a) Have Time editors never heard of Wikileaks? b) Is The Social Network a Warner Bros. release?

The answer to a) is: considering the current state of the American media, that wouldn’t be at all surprising. The surprising thing is that Time magazine’s powers-that-be would actually know who Mark Zuckerberg is. The answer to b) is No. David Fincher’s critics fave about the troubled birth of Facebook is a Sony Pictures release.

But why would Time be pushing Oscar favorite The Social Network, which stars Jesse Eisenberg as Mark Zuckerberg, during the 2010/2011 awards season?

Does Time Warner have some kind of deal going on with Sony? Perhaps the next Spider-Man will have Peter Parker as a Time Warner cable subscriber, or a Sports Illustrated or Turner Classic Movies aficionado?

Curiously, as Steve Pond remarks at TheWrap, “in its introductory essay explaining the choice, Time never once mentions The Social Network.

“Instead, the magazine’s Richard Stengel quotes Virginia Woolf, talks about transitions in the way we connect with each other, gives Facebook statistics, and explores ‘a correlation between the size of the cerebral neocortex and the number of social relationships a primate species can have.’ ”

Person of the Year push

Pond later adds that “this has to be the niftiest bit of Oscar promotion anybody has gotten this year, a mark of the movie’s centrality to our times that’s far more impressive than any National Board of Review kudo or Tri-State Film Critics Alliance prize.”

Ultimately, Facebook or no, Mark Zuckerberg was a safe but inept choice. But it could have been worse. Time could have gone the Hollywood Foreign Press Association’s route and chosen something like Burlesque stars Cher and Christina Aguilera, or Twitter King Justin Bieber.

The Social Network was adapted by Aaron Sorkin from Ben Mezrich’s book The Accidental Billionaires: The Founding of Facebook, The Social Network. Besides Jesse Eisenberg as controversial Facebook founder Mark Zuckerberg, the acclaimed drama’s cast includes the following:

And guest star of sorts Josh Pence, as the body of Tyler Winklevoss (topped by Armie Hammer’s digitally inserted face). 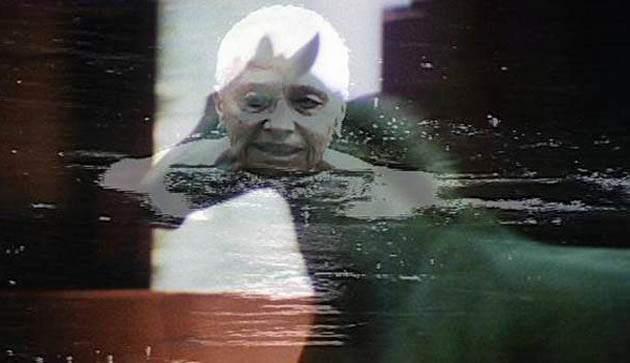 Barbara Hammer self-reflective A Horse Is Not a Metaphor: Teddy Award winner for Best LGBT Short at the Berlin Film Festival. In A Horse Is Not a Metaphor, veteran experimental filmmaker Barbara Hammer (Sappho, Multiple Orgasm, Superdyke Meets Madame X) is seen fighting advanced ovarian cancer while attempting to turn into reality her childhood dream of riding a horse. Music by Meredith Monk.

“Barbara Hammer: Experimenting in Life and Art” is the title of the West Coast premiere of Barbara Hammer’s Generations (2010), co-directed by Gina Carducci, and the Los Angeles premiere of A Horse Is Not a Metaphor (2009). The screenings will take place at 8:30 p.m. on Monday, Jan. 24, at the REDCAT in downtown Los Angeles.

Barbara Hammer, “renowned for creating the earliest and most extensive body of avant-garde films on lesbian life and sexuality,” will be present at the screenings.

Hammer has made over 80 films in the last 40 years . Her book of memoirs, HAMMER! Making Movies Out of Sex and Life, was published in spring 2010. Additionally, she was recently given a career retrospective at New York City’s Museum of Modern Art.

The 30-minute Generations is described as “a film about the ongoing tradition of personal filmmaking, the last days of Coney Island’s legendary Astroland, and the aging of the film medium itself.”

Also 30 minutes long, A Horse Is Not A Metaphor, with music by Meredith Monk, is “a richly textured filmic tapestry that reflects upon Hammer’s bout with cancer, her return to her experimental filmmaking roots, and her drive to change illness into recovery through travels and pilgrimages in New Mexico, Wyoming and Woodstock.”

A Horse Is Not A Metaphor won the 2009 Berlin Film Festival’s Teddy Award for best LGBT short film. 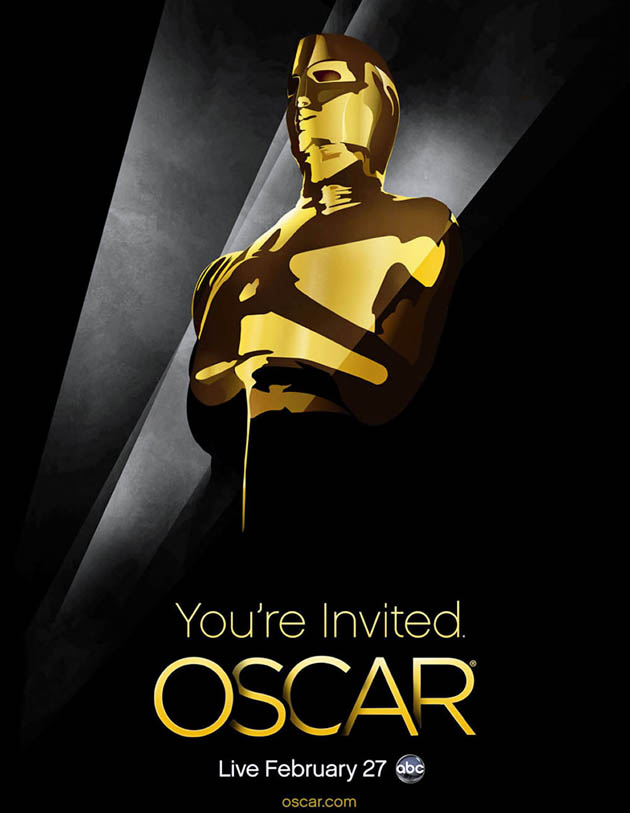 Oscar poster searchlights: Evoking the Academy Awards’ “iconic symbols.” According to the Academy’s press release, for the first time movie lovers and Oscar aficionados will be able to download Oscar posters to use them as wallpaper or profile icons.

The Oscar 2011 poster – or rather, posters – have been unveiled. According to the Academy of Motion Picture Arts and Sciences’ press release, the posters are supposed to evoke Oscar night’s “iconic symbols”: the red carpet, the searchlights, the envelope, and the Oscar statuette itself.

Also, for the first time film lovers are invited to download the Oscar posters to use them as wallpaper or profile icons. The images are available on the Academy’s website.

For $35, fans may purchase a limited edition set of four 20×27-inch posters. The 27×40-inch official poster is also available for purchase for $20.

All posters are printed on premium quality, Forest Stewardship Certified paper. These are the only 83rd Academy Awards commemorative items available for sale to the public.

The 2011 Academy Award nominations will be announced on Tuesday, Jan. 25, at 5:30 a.m. PT in the Academy’s Samuel Goldwyn Theater in Beverly Hills.

The 2011 Academy Awards ceremony will take place on Sunday, Feb. 27, at the Kodak Theatre at Hollywood & Highland Center. In the U.S., it’ll be broadcast live on ABC.

So far, “the Mark Zuckerberg movie,” a.k.a. The Social Network, is the favorite to take home the Best Picture Academy Award.

Barbara Hammer’s A Horse Is Not a Metaphor image via the REDCAT.