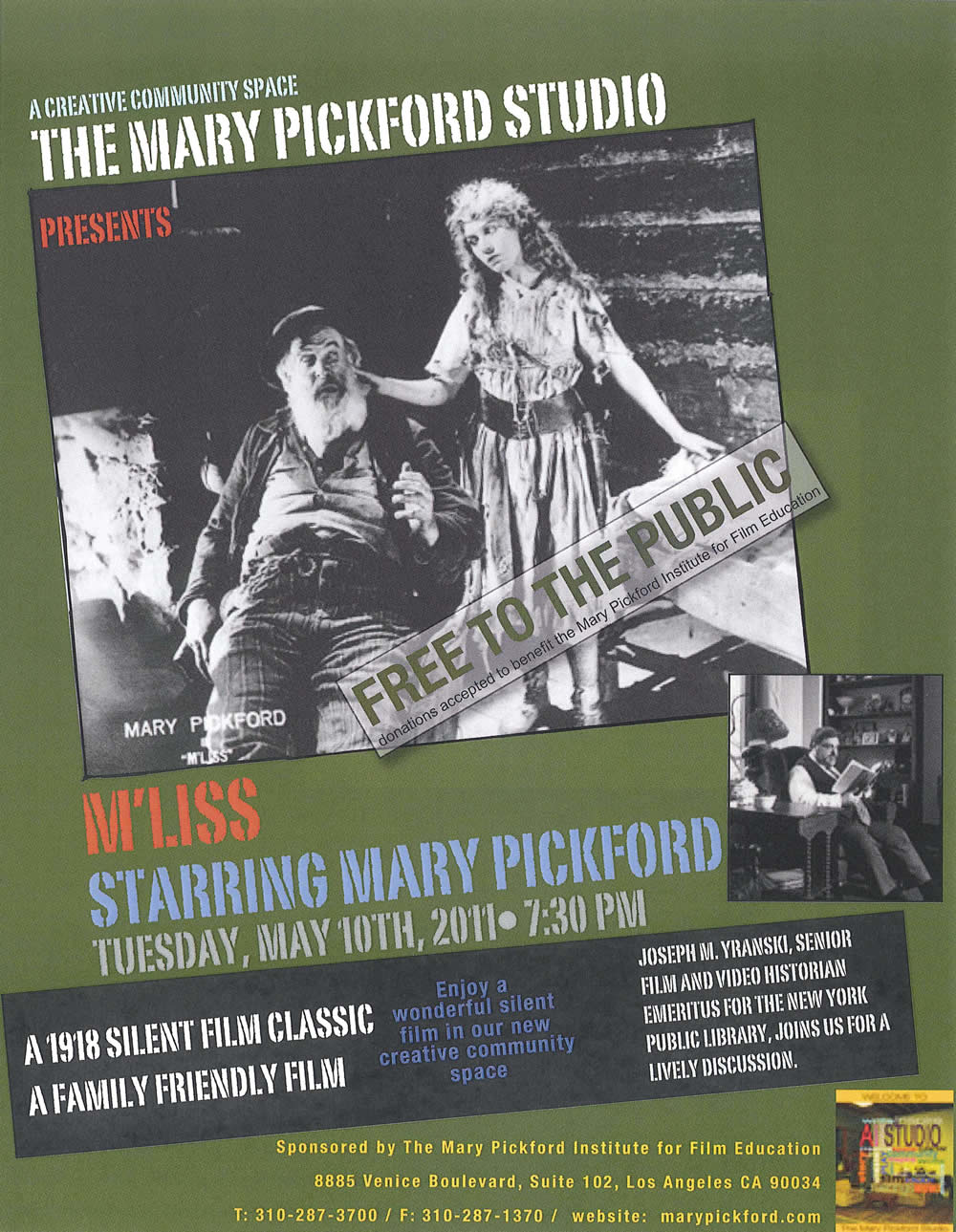 Mary Pickford was the definition of Movie Superstar from the early 1910s to the late 1920s. So popular and so powerful was Pickford that she, along with Douglas Fairbanks, Charles Chaplin, and D.W. Griffith, founded United Artists so as to have fuller artistic and financial control over her cinematic endeavors.

Several years later, Pickford would be one of the co-founders of the Academy of Motion Picture Arts and Sciences. Probably not coincidentally, she was the second Best Actress Academy Award winner, for her performance in the talkie Coquette.

Those in the Los Angeles area unfamiliar with Pickford’s work will be able to check her out at The Mary Pickford Institute for Film Education, which will be screening the 1918 comedy M’Liss on Tuesday, May 10, at 7:30 p.m. Free admission, though donations are accepted to support the Institute.

I haven’t seen M’Liss, but I have heard Joe (we’ve been friends for a number of years) talk about the silent era. His introduction, followed by a “lively discussion,” will surely be a must for anyone interested in film history.

The information below about M’Liss is from The Mary Pickford Institute:

Based on the 1873 short story by Bret Harte, M’liss is a broad and hilarious comedy of western life in 1850’s California gold rush country. Mary Pickford plays the semi-wild, juvenile daughter of the town drunk, former prospector Bummer Smith (Theodore Roberts), who likes to “hold-up” the local stage coach, armed with her sling-shot. The arrival of a handsome new school teacher (Thomas Meighan) sparks in M’liss a formerly unexpressed desire to become “edjicated.” Director Marshall Neilan provides a bumper crop of his usual high-jinks, all played out in the stunning California mountain scenery, as captured by cinematographer Walter Stradling.