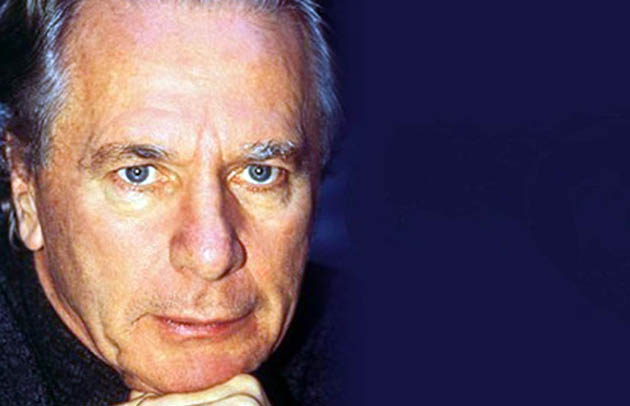 Composer Maurice Jarre, 84, will be handed the Honorary Golden Bear for Lifetime Achievement at the 2009 Berlin Film Festival. The award presentation will take place on Feb. 12.

In all, Jarre wrote the music for more than 150 films. He is best known for his collaborations with David Lean, having scored the British filmmaker’s epics and near-epics Lawrence of Arabia (1962), Doctor Zhivago (1965), Ryan’s Daughter (1970), and A Passage to India (1984).

Maurice Jarre won Academy Awards for Lawrence of Arabia, Doctor Zhivago, and A Passage to India. He was nominated six other times, in the Best Original Score category unless otherwise stated:

Born in Lyon on Sept. 13, 1924, Maurice Jarre began his musical career at the Conservatoire de Paris. At age 26, he became the musical director of the Théâtre National Populaire, composing the orchestra’s music for more than 70 plays, ranging from Shakespeare to Kafka.

Besides his work on David Lean’s films, other notable Maurice Jarre compositions, both in Europe and in Hollywood, include those for the following movies:

In the last two decades or so, Maurice Jarre also composed notable music scores for:

His television work includes compositions for the miniseries/TV movies Jesus of Nazareth, Samson and Delilah, and The Murder of Mary Phagan. His last score for the small screen could be heard in Jon Avnet’s 2001 TV movie Uprising, starring Leelee Sobieski.

Mary Pickford. Beloved for her portrayals of perky, feisty, long-curled girls and girl-women in star vehicles such as Stella Maris, Poor Little Rich Girl, and Sparrows, Mary Pickford was one of cinema’s greatest superstars ever and one of the world’s top box office draws of the silent era. Pickford was also one of three Canadian-born performers to take home the Best Actress statuette in the Academy Awards’ first four ceremonies.[1]

Sale of Mary Pickford’s two Oscars has been blocked

A Los Angeles jury has decided that the Oscar statuettes that once belonged to silent film superstar Mary Pickford – one for Best Actress for the 1929 melodrama Coquette; the other an Honorary Oscar handed to her in 1976 – cannot be sold.

Heirs to the estate of Mary Pickford’s third husband and widower, Wings actor and Pickford’s My Best Girl leading man Charles “Buddy” Rogers (by way of his widow, Beverly Rogers, who died in 2007), wanted to sell the Oscars and donate the proceeds to a charity organization.

But charitable sale or not, the Academy of Motion Picture Arts and Sciences, of which Mary Pickford was one of the original founders, was determined to prevent it. Unless, that is, the statuettes were to be sold back to the Academy for the nominal fee of $1.

Oscar statuettes for a buck

Since 1951, the Academy has required Oscar winners to sign an agreement giving the organization the right of first refusal to buy back any statuette up for sale for $10 (later reduced to $1).

According to Bob Pool’s Los Angeles Times article, “because Pickford signed the agreement when her honorary Oscar was presented to her and because she was a founder of the academy who remained a member until her death, academy officials contend that the 1930 Oscar was grandfathered into the rule on right of first refusal.”

That in spite of the fact that the by then visibly ailing Pickford didn’t sign the document. Her late secretary, Esther Helm, signed it for her.

The case isn’t quite closed, however, as the judge will hear more arguments next Monday.

As per the attorney for Rogers’ heirs, the Academy “spent hundreds of thousands of dollars so the charities specified in Beverly Rogers’ will won’t receive any money.”

An attorney for the Academy countered that the organization had offered to donate $50,000 to those charities, an amount that was later raised to $200,000 “only because Mary Pickford was a founder.”

The Los Angeles Times piece adds that the Academy’s decision to safeguard its trademarked trophies “has made pre-1951 Oscars a hot commodity. The best picture statuette for 1939’s Gone With the Wind was purchased for $1.54 million nine years ago by Michael Jackson. The best picture Oscar for 1941’s How Green Was My Valley sold for $95,000 four years ago.”

[1] Mary Pickford, who happened to be one of the founders of both United Artists and the Academy of Motion Picture Arts and Sciences, won the 1928–1929 Best Actress Academy Award for her first talkie, Sam Taylor’s Coquette (1929), a stilted melodrama in which the girl-woman attempted to go all-woman – sporting a bobbed hairdo and a frilly bare-shouldered dress, and with hunky Johnny Mack Brown as her passionate Southern lover.

Nearly half a century later, at the televised 1976 Academy Awards ceremony, Pickford was seen receiving an Honorary Oscar in a pre-taped occasion at her legendary Beverly Hills home, Pickfair.

Historic Warner Hollywood Studios to Be Torn Down

I have a signed picture of Mary Pickford not showing. please reply.