Maurice Jarre, best known for his Oscar-winning association with David Lean in films such as Lawrence of Arabia (1962), Doctor Zhivago (1965) and A Passage to India (1984), died at age 84 on March 28 at his home in Malibu after a brief illness.

Throughout his five-decade career in film and on television Jarre was nominated for nine Academy Awards, winning Oscars for the three aforementioned films with Lean. (Following Lawrence of Arabia, Lean only made three more films, all with Jarre as composer. Their other collaboration was Ryan’s Daughter in 1970.)

Jarre also won two British Academy Awards – for Witness (1985) and Dead Poets Society (1989); four Golden Globes – for Doctor Zhivago, A Passage to India, Gorillas in the Mist (1988), and A Walk in the Clouds (1995); in addition to lifetime achievement awards from the European Film Academy in 2005 and, earlier this year, the Berlin Film Festival. 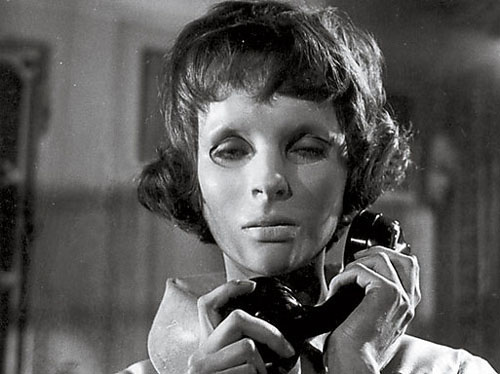 Ironically, the French-born Jarre (born in Lyon on Sept. 13, 1924) has never been nominated for the French Academy’s César. Although he composed film scores for a number of French features in the late 1950s and throughout the 1960s, most notably Les Dragueurs (1959), Les Yeux sans visage / Eyes Without a Face (above, 1960), Sundays and Cybele (1962), the documentary To Die in Madrid (1963), and Is Paris Burning? (1966), Jarre became basically a Hollywood composer from the early 1970s on – whereas the first Césars were handed out in 1976.

Jarre may be best known and most admired for his work on David Lean’s grandiose epics, but even though I like some of the music in those films I much prefer his haunting score for Eyes Without a Face.