Memoirs of a Geisha Movie: Great-Looking But Artificial Drama 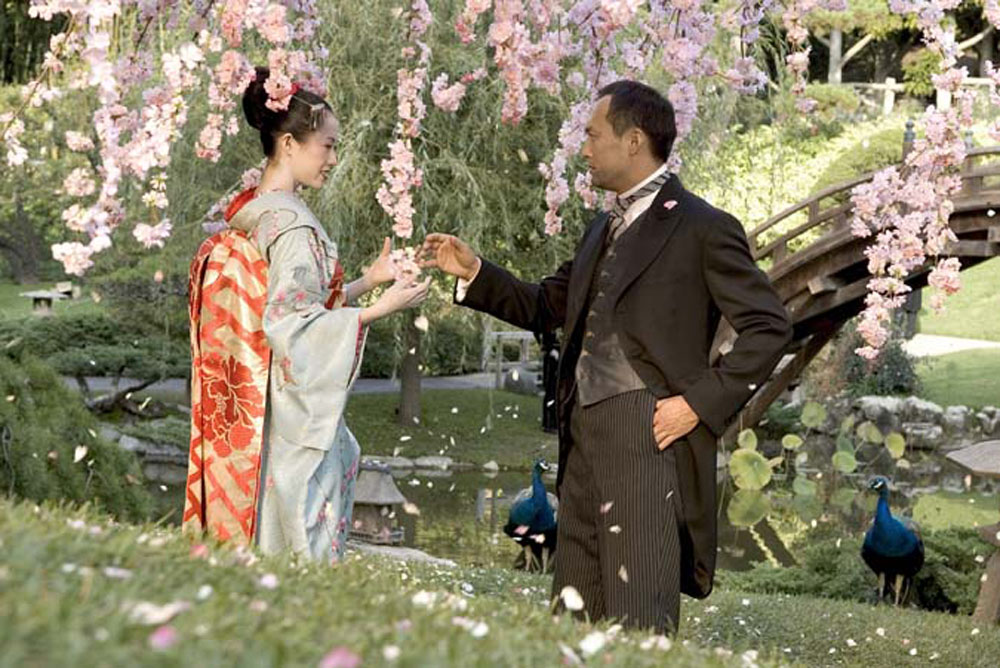 Memoirs of a Geisha with Zhang Ziyi and Ken Watanabe.

There are some movies that are released before their time. Only years or decades later, do they come to be appreciated. In the case Rob Marshall’s Memoirs of a Geisha, based on Arthur Golden’s bestseller about the life and love of a young geisha in pre-World War II Japan, it’s the other way around. It is a movie released after – way after – its time.

Had the filmmakers chopped off about a third of its endless 145-minute running time, Memoirs of a Geisha would have worked beautifully as a silent film, with intertitles decorated with red and blue lanterns, floating kimonos, Japanese scripts, and abstract drawings of Buddhist temples. Tsuru Aoki would have played the geisha; Sessue Hayakawa would have been her lover.

But once someone decides to say something – anything – the classy-looking Geisha is immediately dragged down into the gutter. And like the lowliest of streetwalkers, there she lingers, courtesy of atrocious dialogue delivered in a sort of pidgin-English dialect that even Warner Oland’s Charlie Chan and Peter Lorre’s Mr. Moto would have deemed unacceptable.

No matter how capable and how beautiful Zhang Ziyi, Michelle Yeoh, and Gong Li are – and they are three of the best and most stunning-looking actresses around – there isn’t much they can do to save this film. Though, as good troupers, they sure do try.

Now, had Memoirs of a Geisha been both thirty minutes shorter and silent…