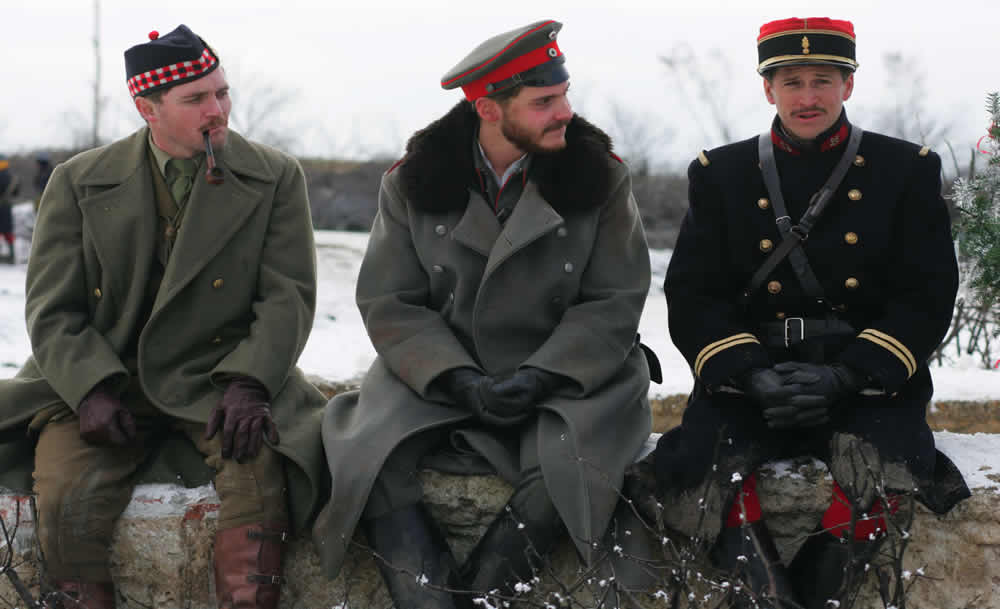 Inspired by an actual World War I ceasefire that took place around Christmastime 1914, director-screenwriter Christian Carion’s Merry Christmas is a tad more conventional and old-fashioned than it should have been. The film even features a troop idiot akin to those of countless other war movies as (unfunny) comic relief.

Compounding matters, most of the performances are disappointingly below par, the chief exceptions being Guillaume Canet’s French officer and Steven Robertson as a low-key Scot whose very essence is destroyed by what he experiences in the trenches.

Yet despite its not inconsiderable flaws Merry Christmas is a mostly effective – and ever timely – anti-war statement that celebrates the human capacity for empathy and forgiveness while attacking the human propensity to call for and to commit the wholesale slaughter of other human beings in the name of god, country, flag, and/or freedom.

Recommended for You
Daniel BrühlDiane Kruger

This is an excellent film, and I think everyone should see it once, I completely agree with the last commenter - it should have won an Oscar!