Doubt, the much-anticipated drama directed and adapted by John Patrick Shanley from his own Pulitzer Prize and Tony Award-winning play, and starring Meryl Streep, Amy Adams, Philip Seymour Hoffman, and Viola Davis, will be the new Opening Night Gala presentation at AFI FEST 2008. The screening will take place on Thursday, Oct. 30, at ArcLight Hollywood’s Cinerama Dome.

The AFI Los Angeles International Film Festival has announced that the print to be screened on opening night is an “unfinished version” of the Miramax release, which hits theaters on Dec. 12.

Joe Wright’s The Soloist had originally been announced as the AFI FEST 2008 opening night film, but it was pulled by the studio a couple of days ago. Festival organizers needed a replacement fast. They’ve found – I hope – a really good one. Shanley’s play, which I saw in Los Angeles, is a remarkable attack on the self-righteous morality police, eager to see evil wherever they look. Meryl Streep, playing an implacable nun with a self-appointed mission, is already being touted as a strong contender for this year’s Oscar, while Doubt has been mentioned as a potential best picture nominee.

It’s 1964, St. Nicholas in the Bronx. A vibrant, charismatic priest, Father Flynn (Philip Seymour Hoffman), is trying to upend the school’s strict customs, which have long been fiercely guarded by Sister Aloysius Beauvier (Meryl Streep), the iron-gloved Principal who believes in the power of fear and discipline. The winds of political change are sweeping through the country, and, indeed, the school has just accepted its first black student, Donald Miller. But when Sister James (Amy Adams), a hopeful innocent, shares with Sister Aloysius her suspicion that Father Flynn is paying too much personal attention to Donald, Sister Aloysius is galvanized to begin a crusade to both unearth the truth and expunge Flynn from the school. Now, without a shred of proof or evidence except her moral certainty, Sister Aloysius locks into a battle of wills with Father Flynn, a battle that threatens to tear apart the Church and school with devastating consequences.

AFI FEST 2008 runs October 30-November 9, 2008. Passes and individual film and event tickets are on sale now. To order passes and tickets and to get more information, visit www.AFI.com or call 1.866.AFI.FEST.

AFI FEST 2008’s lineup will showcase 100 features (79 narrative, 21 documentary) and 48 shorts (39 narrative, 9 documentary) for a total of 148 films from 38 different countries. Thi year, the festival – which runs from October 30–November 9 – will be headquartered at the Hollywood Roosevelt Hotel, where most of the international Festival’s activities will take place. (I’m not sure that’s such a good thing; it was very convenient when everything was within reach at the ArcLight Hollywood.) Most screenings will be held at the Arclight, with additional screenings taking place at Grauman’s Chinese and the Mann 6 in Hollywood.

Six films will be making their world premieres at the festival. They are: DEFIANCE (above, starring Daniel Craig), POUNDCAKE, PLAYING COLUMBINE, PARADISE and THE WORLD WE WANT. The sixth – the Opening Night Gala screening – is supposed to be announced today. (The original selection, Joe Wright’s THE SOLOIST, was pulled out yesterday because the musical drama will open only in March 2009.)

Passes are now on sale, and individual film and event tickets go on sale on Friday, October 10. To order passes, tickets and for more information visit AFI.com/AFIFEST, or call 1.866.AFI.FEST.

As per the AFI FEST press release, the best way to guarantee admission to the tributes to Tilda Swinton and Danny Boyle and to the various gala screenings is to buy a pass.

Don’t know what to do for Halloween?

Well, heres a suggestion: Why dont you go check out some Norwegian Black Metal Trick-or-Treaters?

Aaron Aites and Audrey Ewells documentary Until the Light Takes Us, which offers a peek into the spooky world of Norwegian Black Metal, will be screened at the AFI FEST 2008 at 7:45 p.m. on Friday, October 31, at ArcLight Hollywood. (The film will have a second screening at 3:00 p.m. on Wednesday, November 5, at Manns Chinese Theatre on Hollywood Boulevard.)

As per the Until the Light Takes Us press release, black metal founders “consist of a handful of surprisingly articulate Norwegian teenage friends with a complex set of extreme nationalistic, anti-Semitic and anti-Christian beliefs. These young men actually practice what they preach, engaging in rampant church burning, suicide and even murder, while in the process becoming some of the most notorious criminals in European history.”

Thats what happens when you grow up watching too many dubbed Disney cartoons.

, which will take place at ArcLight Hollywood from October 30 to November 9, is Los Angeles’ foremost international film festival.

Director Danny Boyle (right) and Academy Award-winning actress Tilda Swinton (above, in Orlando), will be this year’s festival honorees. Sponsored by the Skirball Cultural Center, Boyle’s tribute event will precede a special screening of Slumdog Millionaire, which happens to be a strong contender for the 2009 Oscar race. Swinton’s tribute will feature an hour-long film clip retrospective of her career, followed by a Q&A session with the actress.

The text below, about both Tilda Swinton’s and Danny Boyle’s careers, is from the AFI FEST’s press release:

Swinton began her career with a year at the Royal Shakespeare Company before tackling some gender-bending roles, such as the composer Mozart in Pushkin’s Mozart and Salieri, and as a working class woman impersonating her dead husband during World War II, in Karges’ Man to Man.

In 1985 the actress began a professional association with gay experimental director Derek Jarman. She continued to live and work with Jarman for the next nine years, developing seven critically acclaimed films. Their alliance would produce stark turns, such as Turner-prize nominated CARAVAGGIO (1986), THE LAST OF ENGLAND (1988), THE GARDEN (1990), EDWARD II (1991), and WITTGENSTEIN (1993) until Jarman succumbed to complications from AIDS in 1994.

For the title role in ORLANDO (1992), her nobleman character lives for 400 years while changing sex from man to woman. The film, which Swinton spent years helping writer/director Sally Potter develop and finance, continues to this day to have a worldwide devoted fan following. Over the years she has preferred art to celebrity, opening herself to experimental projects with new and untried directors and mediums, delving into the worlds of installation art and cutting-edge fashion. Consistently off-centered roles in FEMALE PERVERSIONS (1996), LOVE IS THE DEVIL: STUDY FOR A PORTRAIT OF FRANCIS BACON (1998), TEKNOLUST (2002), YOUNG ADAM (2003), BROKEN FLOWERS (2005) and A LONDON FERFI (2007) have only added to her mystique. Hollywood too has picked up on this notoriety and, since the birth of her twins in 1997, she has successfully moved between the deep-left-field art-house and quality Hollywood blockbusters. The thriller THE DEEP END (2001), earned her a number of critic’s awards and her first Golden Globe nomination. Swinton also delivered singular performances in THE BEACH (2000/I) with Leonardo DiCaprio, CONSTANTINE (2005) with Keanu Reeves, her Oscar-winning role in MICHAEL CLAYTON  (2007) alongside George Clooney and her iconic ‘White Witch’ in THE CHRONICLES OF NARNIA: THE LION, THE WITCH AND THE WARDROBE (2005).

This year, her career momentum seems to have no limit with her turns in BURN AFTER READING and THE CHRONICLES OF NARNIA: PRINCE CASPIAN soon to be followed with upcoming releases JULIA and THE CURIOUS CASE OF BENJAMIN BUTTON.

Boyle’s SLUMDOG MILLIONAIRE focuses on a penniless, 18-year-old orphan from the slums of Mumbai, who finds himself one question away from winning a staggering 20 million rupees on India’s “Who Wants To Be A Millionaire?”  But when the show breaks for the night, suddenly, he is arrested on suspicion of cheating.  Determined to get to the bottom of his story, a jaded Police Inspector spends the night probing his incredible past, from his riveting tales of the slums where he and his brother survived by their wits to his hair-raising encounters with local gangs to his heartbreak over the unforgettable girl he loved and lost. When the new day dawns and the orphan returns to answer the final question, the Inspector and 60 million viewers are about to find out what is this young man with no apparent desire for riches really doing on the game show? 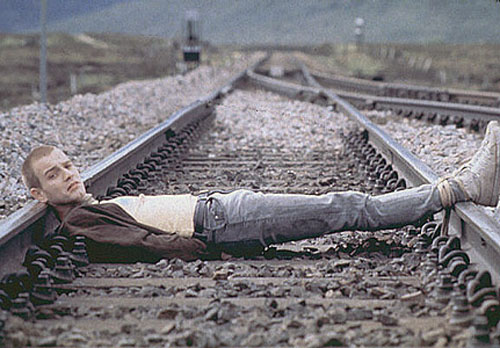 Boyle’s second feature, TRAINSPOTTING, is one of the highest grossing British films of all time. The critically acclaimed film won four Empire Awards including Best Director and Best Film and was nominated for a BAFTA Alexander Korda Award.

In 2002 Boyle made the smash hit horror film 28 DAYS LATER. The film earned Boyle a Saturn Award for Best Horror Film from the Academy of Science Fiction, Fantasy and Horror Films.

His work in television includes producing Alan Clark’s controversial ELEPHANT, and directing STRUMPET, VACUUMING COMPLETELY NUDE IN PARADISE and the series MR. WROE’S VIRGINS for which he received a BAFTA nomination. Boyle’s career started in the theatre with Howard Barker’s Victory, Howard Brenton’s The Genius and Edward Bond’s Saved, which won the Time Out Award. Boyle has also directed five productions for the Royal Shakespeare Company.