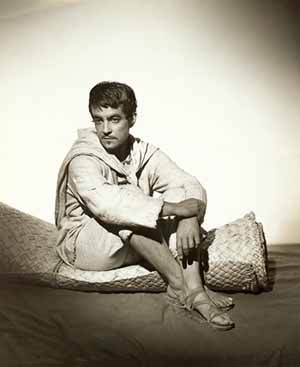 Press Release: Beverly Hills, CA – The evolution of Mexican cinema, the important role of Mexican filmmakers working in Hollywood and the influence of international filmmakers working in Mexico all will be explored in a new exhibition that will open to the public in the Academy of Motion Picture Arts and Sciences’ Fourth Floor Gallery on Friday, Oct. 13. In a first for an Academy exhibition, all of the explanatory text and captions will be provided in both English and Spanish. “Made in Mexico: The Legacy of Mexican Cinema” has been produced in association with the Cervantes Center of Arts & Letters. Admission to the exhibition will be free.

The Mexican film industry has existed for more than 100 years. The country’s public first experienced film projection in 1896, when representatives of the Lumière company traveled from France to showcase their motion pictures and to document both daily life and the activities of President Porfirio Díaz. Posters, lobby cards, photographs, magazines, documents, costumes, video clips and other artifacts will illuminate important milestones and successes from that day to the present, including the six Mexican films that have earned Oscar® nominations in the Foreign Language Film category (three of them consecutively in 1960, ’61 and ’62).

The exhibition will encompass the “Golden Age” of Mexican cinema in the 1940s, the organization of the Concurso de cine experimental film competitions and the founding of the cinema department at the National Autonomous University of Mexico (UNAM) in the 1960s, the impact of fiscal challenges faced in the 1980s, as well as the current work of directors such as Guillermo del Toro, Alfonso Cuarón, Alejandro González Iñárritu and Carlos Carrera.

Among the unique items on display will be numerous images of popular Latin actors such as Dolores Del Rio, Lupe Velez, Ramon Novarro, Gilbert Roland and Lupita Tovar; original posters for Santa, the first successful Mexican sound feature (which starred Tovar), and for films starring Mario Moreno, better known as “Cantinflas”; props from films by director Guillermo del Toro, loaned by del Toro; and a suitcase of vintage camera lenses used by Academy Award®-nominated Mexican cinematographer Gabriel Figueroa (The Night of the Iguana, 1964), including one given to him by John Huston. Also included will be costume design sketches for characters portrayed by Del Rio and Novarro, photographs and documents related to the invention and use of the Rodríguez Sound System (which was used in the production of Santa in 1931), a letter from Ronald Reagan regarding the Asociación Nacional de Actores (ANDA) and several items related to the career of two-time Oscar nominee Luis Buñuel, loaned by the filmmaker’s son.

Viewing hours for “Made in Mexico” are Tuesdays through Fridays, 10 a.m. to 5 p.m., and weekends, noon to 6 p.m. The exhibition will run through December 17. The Academy is located at 8949 Wilshire Boulevard in Beverly Hills. For more information, please call 310-247-3600.

From the Academy, about the 1929 comedy Welcome Danger, toplining Harold Lloyd and Barbara Kent.

The program will feature a new print made from original materials restored by the UCLA Film & Television Archive with a newly recorded orchestral score composed specifically for the film by Robert Israel, courtesy of Sony Pictures Entertainment.

In 1928 Lloyd began production on what would prove to be his final silent film. Directed by Clyde Bruckman, Welcome Danger stars Lloyd as a former police chief’s meek son who returns to San Francisco to uncover a crime ring in the city’s Chinatown district.

With the transition to sound pictures well underway, Lloyd announced plans to complete the silent version, preview and edit it, and then determine how to produce a sound version. He ultimately shot much of the film a second time, recasting several of the key roles, blending some of the footage shot for the silent film with new dialogue sequences, and adding sound effects.

The sound version of Welcome Danger became Lloyd’s highest-grossing film. The silent version was sent out to theaters that were not yet wired for sound, but in the decades leading up to the film’s recent restoration, it has not been available for public viewing.

Lloyd’s career spanned from 1912 to 1947 and included more than 200 films ranging from silent one-reelers to feature-length sound pictures. A founding member of the Academy of Motion Picture Arts and Sciences, Lloyd was awarded an Honorary Oscar in 1952 as a “master comedian and good citizen.”

Tickets may be reserved by calling 1-888-778-7575. Depending on availability, tickets may be purchased the night of the screening. Doors open at 7 p.m. For more information, visit www.oscars.org/events.