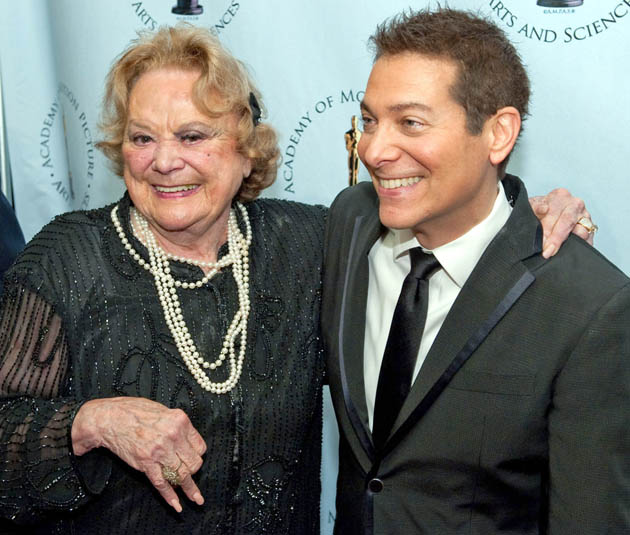 On Nov. 5, the Academy of Motion Picture Arts and Sciences presented a tribute to lyricist/songwriter Johnny Mercer at the Academy’s Samuel Goldwyn Theater in Beverly Hills. The evening was hosted by singer/pianist Michael Feinstein.

Although best known for her countless television appearances, including recurring roles in My Sister Eileen, The Doris Day Show, Hannibal, and The Dick Van Dyke Show – the last one earned her three Emmy nominations in the early 1960s – Rose Marie could also be spotted on the big screen in about a dozen films (including shorts). These were mostly minor fare, beginning in 1932 – when she was billed as (the singing) Baby Rose Marie.

Here are a couple of titles:

Michael Feinstein has been featured in cameos as himself in a trio of motion pictures, notably Paul Bartel’s Scenes from the Class Struggle in Beverly Hills (1989), starring Jacqueline Bisset and Ray Sharkey.

On television, Michael Feinstein could be spotted in about half a dozen productions, including a bit part as a pianist in John Erman’s TV movie The Two Mrs. Grenvilles (1987), starring Ann-Margret, Claudette Colbert, and Stephen Collins; and in a guest role in the series The Closer, with Tom Selleck, Edward Asner, and Penelope Ann Miller.

His most recent Grammy nomination was for the 2009 album The Sinatra Project. Previous albums include Michael Feinstein with the Israel Philharmonic Orchestra, which also earned him a Grammy nod; Remember: Michael Feinstein Sings Irving Berlin; and Michael & George: Feinstein Sings Gershwin. On TV he produced and presented the 2003 PBS special The Great American Songbook.

Next, following a faux public spat, Michael Feinstein and Barry Humphries – as Dame Edna Everage – will be joining forces in the Broadway show All About Me, to be directed by Jerry Zaks and written by Christopher Durang. 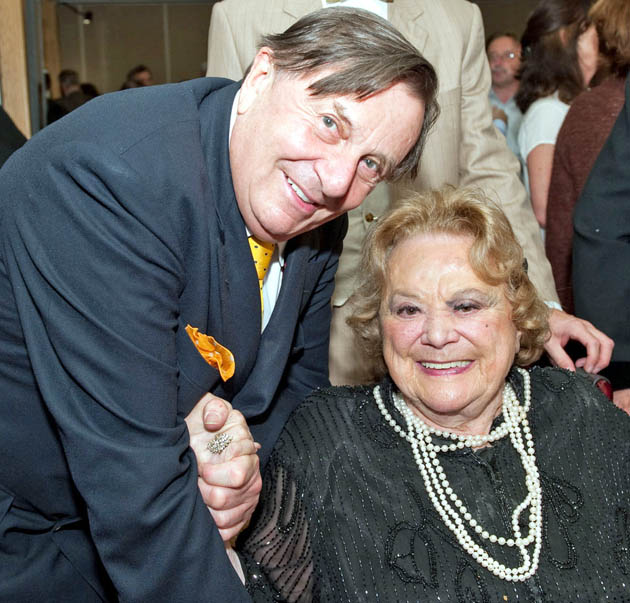 Best known as his female alter ego, Dame Edna Everage (a precursor to Dustin Hoffman’s Dorothy Michaels in Tootsie), the Australian-born Barry Humphries (on Feb. 17, 1934, in Melbourne) has been featured in a couple of dozen movies in the last four decades. 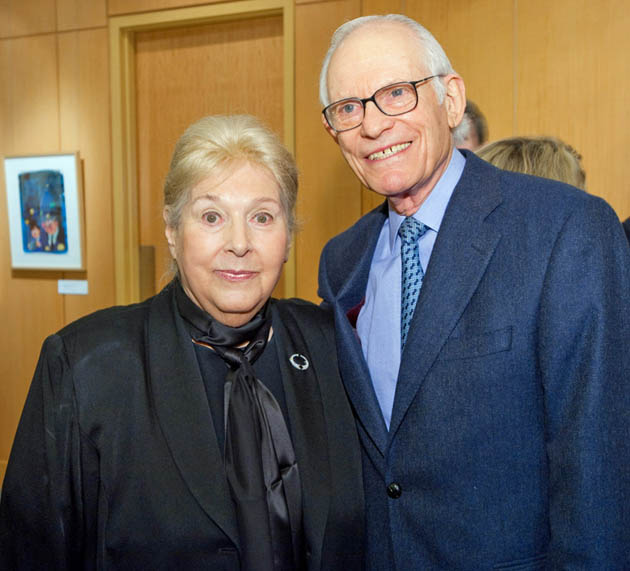 On television since 1951, Doris Roberts made her mark in the crime series Remington Steele, starring Stephanie Zimbalist and Pierce Brosnan, and the comedy series Everybody Loves Raymond, starring Ray Romano.

Doris Roberts received another Emmy – back in 1983 – as a guest actress in the “Cora and Arnie” episode of the series St. Elsewhere.

This was a nice photo set of people I admire. It was great to see “Baby” Rose Marie still holding up and making appearances.

I love Barry Humphries and his “protege” (Dame Edna), but they are NOT the same persons.

And whatever Michael Feinstein takes to look that good is something I’d like a supply of!