Michel Serrault: La Cage aux Folles + Get Our Your Handkerchiefs 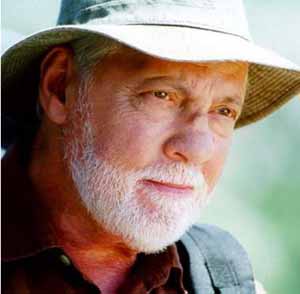 I was in mid-teens when I first watched Edouard Molinaro’s 1978 film adaptation of La Cage aux folles. I found it hilarious; surely one of the best comedies I’d ever seen – and I’d seen a number of them by that time.

What a difference ten years make.

I was in my mid-20s when I watched that comedy of effeminate manners for the second time. Even though I still found some of it humorous, much of the comedy felt too broad and borderline vulgar. All in all, only two of the film’s elements remained as fresh as I remembered them: the performances of Ugo Tognazzi and Michel Serrault.

Serrault, winner of three best actor Césars, died yesterday, July 30, at his home in Honfleur, Normandy. The 79-year-old actor had been suffering from cancer.

During his 53-year film career, Serrault appeared in more than 130 motion pictures, in addition to his work on both television and the stage. In the process, he became one of the most respected French actors of his generation.

La Cage aux folles may be Serrault’s signature film – there were even two sequels in the 1980s – and the prima donna drag queen Zaza may be his signature role (one that he had already played on the Parisian stage), but the Michel Serrault that keeps coming back to mind as I write this post is his retired businessman having a platonic relationship with the much younger Emmanuelle Béart in Claude Sautet’s quietly profound 1985 drama Nelly & Monsieur Arnaud.