First there were questions about Sofia Coppola’s Somewhere Golden Lion win at the 2010 Venice Film Festival, whose jury was headed by Coppola’s former boyfriend Quentin Tarantino. Now, Ben Child reports in The Guardian that an investigation is under way to find out whether Italian taxpayers financed a €400,000 (approx. US$530,000) trip for Bulgarian actress-turned-filmmaker Michelle Bonev, whose 40-strong entourage was invited to the Venice festival so Bonev could be handed an award for her movie Goodbye Mama.

Described as a “personal friend” of beleaguered Italian Prime Minister Silvio Berlusconi, Bonev was given the Action for Women Award, “dedicated to the 60th anniversary of the European convention for protection of human rights.”

If that weren’t all, according to the Italian media the Berlusconi government-controlled state broadcaster RAI – one of the film’s financiers – has allegedly paid €1 million (approx. US$1.32 million) for the rights to broadcast Goodbye Mama.

In its press release, Michelle Bonev’s drama is characterized as “an intense female family drama which describes at the same time the transformation of one of the great countries of the East, Bulgaria.”

The release adds that Bonev is a “Goodwill Ambassador for Bulgarian Culture to the World” and that she has been featured in a handful of RAI miniseries, besides having had a previous big-screen role in Mel Gibson’s The Passion of the Christ (as Herod’s Court Woman, as per the IMDb.)

One vote per scandal?

In 2008, Silvio Berlusconi was reelected prime minister – for the third time – by millions of Italian voters despite having found himself enmeshed in a series of scandals in the last couple of decades.

Recently, in addition to the Michelle Bonev to-do, Wikileaks has revealed that the 74-year-old businessman/politician may enjoy a “financially enriching relationship” with Russia’s former president Vladimir Putin.

Lacking any financially enriching relationships with any major politicians or businesspeople, Italian artists and sympathizers are planning a rally tomorrow in Rome to protest drastic government cuts to the arts.

A handful of other parts followed, including the lead in Umberto Marino’s TV movie Operazione pilota and the title character in the miniseries Artemisia Sanchez, both in 2007. 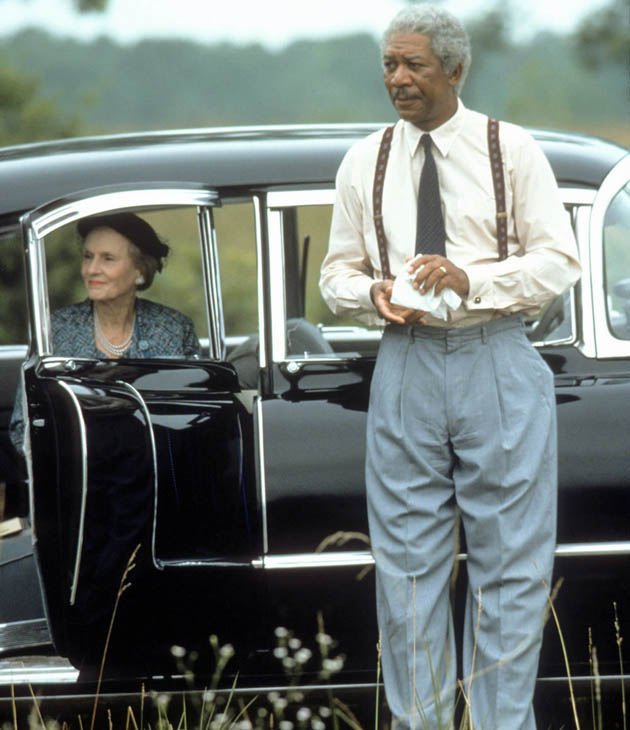 Alfred Uhry, who won an Oscar for his adaptation of his Pulitzer Prize-winning play – reportedly inspired by the story of his own grandmother – is scheduled to join Bruce Beresford in an onstage discussion about the play’s journey from Off-Broadway hit to Best Picture winner.

Set in Atlanta at the dawn of the Civil Rights Movement, Uhry’s highly sentimental drama tells the story of an elderly Jewish woman (Jessica Tandy) who, after wrecking her car, is befriended by her newly hired black driver (Morgan Freeman). Dan Aykroyd plays the woman’s son.

Additionally, Driving Miss Daisy was the first Best Picture winner without a matching Best Director nomination since Edmund Goulding’s Grand Hotel back in the period 1931–1932.

Tickets for Driving Miss Daisy are $5 for the general public and $3 for Academy members and students with a valid ID. 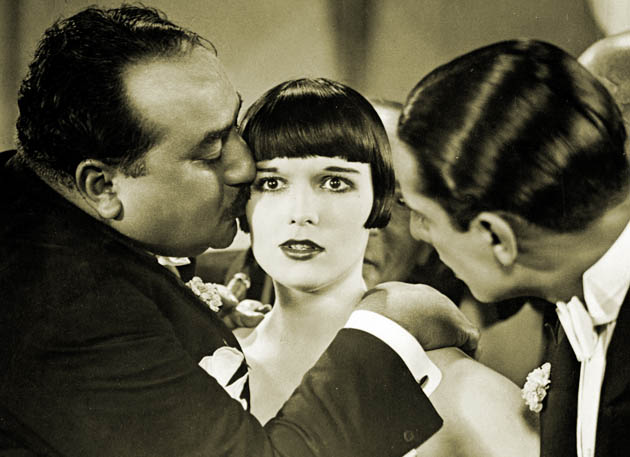 Diary of a Lost Girl with Louise Brooks. G.W. Pabst’s silent film classic will be screened at the National Gallery of Art in Washington, D.C. One of the few – relatively speaking – well-remembered silent era stars, Louise Brooks would in all likelihood have been as forgotten as much bigger names like Corinne Griffith, Norma Talmadge, Ruth Roland, and Laura La Plante if it weren’t for two frequently shown, G.W. Pabst-directed silent classics made in Europe right at the dawn of the sound era: Pandora’s Box (1929) and Diary of a Lost Girl (1929).

The year 2011 will start with a silent bang in Washington, D.C., as the 1929 silent era classic Diary of a Lost Girl / Tagebuch einer Verlorenen, directed by G.W. Pabst (sometimes billed as Georg Wilhelm Pabst) and starring Louise Brooks, will be screened on Jan. 2 at 4:30 p.m. at Washington’s National Gallery of Art.

The presentation will feature live musical accompaniment by the Irish ensemble 3epkano, which will perform their own original score for the film.

Here’s what Louise Brooks Society founder Thomas Gladysz has to say at examiner.com:

Diary of a Lost Girl tells the story of Thymian, a young woman forced by circumstance into a life of prostitution. The film was based on a once controversial book by the German novelist Margarete Böhme. Though little known today, The Diary of a Lost Girl was a literary sensation when first published in 1905. One contemporary scholar has called it ‘Perhaps the most notorious and certainly the [most commercially] successful autobiographical narrative of the early twentieth century.’

Gladysz recently edited and wrote the introduction to the “Louise Brooks edition” of Margarete Böhme’s book. He will be talking about his new effort at the Village Voice Bookshop in Paris on Jan. 13. That will be followed by a screening of Diary of a Lost Girl at the nearby Action Cinema.

This film about loneliness. There are lonely all: Hoke, Daisy, Boolie, Idella… It is doesn`t depend from rich, famous, color of skin… Each of them are finded pastime for only doesn`t feel loneliness. Daisy is playing to game of dots and going to church. Idella is watching the video serials. And only Hoke does submit and to give yourself these women. Lonelines is the terrible felling… and director of movie to convey that…
Fantastic game of Morgan Freeman and Jassica Tandy!