According to an Associated Press report, the role of a fabric seller haunted by her past as an assassin was expressly written for Yeoh. The Malaysian-born actress, however, had some misgivings about her abilities to perform action scenes, for in the last decade she had played mostly dramatic roles in films such as Rob Marshall’s Memoirs of a Geisha, Danny Boyle’s Sunshine, and Asif Kapadia’s Far North.

Michelle Yeoh apparently got back in shape rather rapidly, as, at least according to John Woo (who happens to be one of the film’s producers), she performed 90 percent of her own moves and stunts.

Reign of Assassins opened in mainland China in late September; next are Hong Kong and Singapore on Thursday, Oct. 7. The action drama opens in the United States on Dec. 31.

Perhaps I’m the only one who has been left totally unimpressed. Not only that, as much as I admire Jeff Bridges, this trailer makes True Grit look like something I’d be quite reluctant to shell out $12 for.

Come to think of it, while watching the trailer I wondered what kind of audience the Coens and distributor Paramount are after. The people who stayed away from Jonah Hex?

Based on Charles Portis’ novel – and not on Henry Hathaway’s lame 1969 movie that earned John Wayne one of the most undeserved Oscars in Academy history – the Coens’ Western looks dark and dirty, but still very much like a Hollywood cowboy flick.

In fact, there’s at least one homage to the 1969 film, with an eyepatched Bridges shooting away with two guns while riding on a horse, much like Wayne did more than 40 years ago.

True Grit, which looks anything but Christmas-y, opens on December 25. 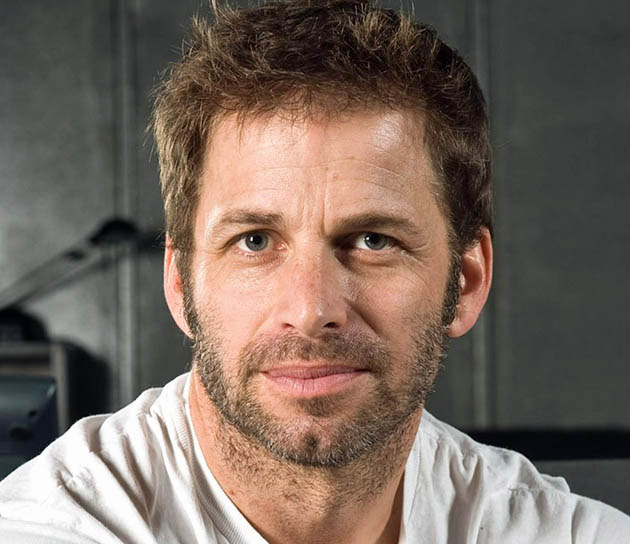 Snyder, whose CGI-animated Legend of the Guardians: The Owls of Ga’Hoole has been an expensive box office disappointment for Warner Bros., is best known for the all-action, all-gore-and-guts, all-male-body-worshipping period actioner 300. Starring Gerard Butler, 300 pulled in $456 million worldwide.

As for Zack Snyder’s upcoming Sucker Punch, to come out in spring 2011 and starring Emily Browning, Abbie Cornish, Vanessa Hudgens, and Oscar Isaac, we shall see how it fares with the public. Expectations are high, but one never knows. Think Watchmen…

Warner Bros., with which Zack Snyder has had a long association, will release the next Superman movie. Christopher Nolan and Emma Thomas – of Batman Begins and The Dark Knight fame – are Man of Steel‘s executive producers.

Directed by Bryan Singer, Superman Returns (2006) starred Brandon Routh as the action hero. Anti-gay remarks ran rampant, with some accusing Singer of focusing too much on the Man of Steel’s crotch. Others in the cast included:

A more successful version of Superman, directed by Richard Donner and starring Christopher Reeve, was released by Warners in 1978. Two sequels followed at the studio, in addition to a lower-budgeted WB/Cannons Films add-on, Superman IV: The Quest for Peace (1987), that flopped both critically and commercially.

Zack Snyder photo during the making of Legend of the Guardians: The Owls of Ga’Hoole: Simon Cardwell / Warner Bros.

Michelle Williams and Ryan Gosling have been mentioned as potential Oscar contenders for their performances as carefree lovers-turned-unhappily-married couple in Derek Cianfrance’s Blue Valentine, which The Weinstein Company will be releasing in the United States on Dec. 31.

But members of the Motion Picture Association of America’s ratings (i.e., censorship) board, whose job is to perpetuate the ludicrousness of the Hays Office and the Breen Office (named after infamous censors Will Hays and Joseph Breen) don’t care about performances.

The act is present to some degree or other in Blue Valentine; hence the MPAA’s decision to punch the film with the dreaded NC-17 rating, reports Mike Fleming at Deadline.com.

Those who have seen the movie at Sundance, Cannes, and/or Toronto are flabbergasted, as Blue Valentine doesn’t seem to offer any explicit or semi-explicit sex. Fleming explains that the NC-17 rating seems to be the result of an emotionally charged sex scene (with little nudity) in which the couple attempts – and fails – to rekindle their relationship in a hotel room.

The Weinstein Company has the choice to appeal the MPAA ruling and/or make cuts to their film. If they pick the latter option, we may get to see the husband behead the wife (or vice versa) so as to make Blue Valentine more family friendly.

But really, what we need is another Otto Preminger, who almost single-handedly began the destruction of the Production Code (which preceded the MPAA’s ratings board) back in 1953, when he refused to cut his The Moon Is Blue to appease the censors, choosing instead to release it without the PC’s Seal of Approval.

The Moon Is Blue, by the way, was one of the biggest box office hits of the year.

As an aside, the Blue Valentine plot – including the use of flashbacks and flashforwards – is reminiscent of Stanley Donen’s 1967 comedy-drama Two for the Road, which starred Audrey Hepburn and Albert Finney as carefree lovers-turned-unhappily-married couple.

And make sure to check out Kirby Dick’s attack on the MPAA’s contradictory decisions and double standards in This Film Is Not Yet Rated.

January 2011 update: Starring Michelle Williams and Ryan Gosling, Blue Valentine took in $193,728 at four locations, averaging an excellent $48,432 per site. Surely the ratings controversy did the film no harm; as expected, it seems to have had the opposite effect. But don’t expect Blue Valentine to become another The Moon Is Blue. Not even close.

‘Harry Potter and the Deathly Hallows: Part 1’ in 2D

David Yates’ Harry Potter and the Deathly Hallows: Part 1, which brings back Daniel Radcliffe, Emma Watson, and Rupert Grint, will be released only in 2D, according to a Warner Bros. announcement posted today.

“We will not have a completed 3D version of the film within our release date window. Despite everyone’s best efforts, we were unable to convert the film in its entirety and meet the highest standards of quality. We do not want to disappoint fans who have long-anticipated the conclusion of this extraordinary journey, and to that end, we are releasing our film day-and-date on November 19, 2010 as planned. We, in alignment with our filmmakers, believe this is the best course to take in order to ensure that our audiences enjoy the consummate Harry Potter experience.”

David Yates stated that he “completely” supports the decision.

Louis Leterrier’s Clash of the Titans and M. Night Shyamalan’s The Last Airbender were widely criticized for their poor 2D-to-3D conversion, which left the action fuzzy at times and left some patrons feeling dizzy and/or with a bad headache.

Additionally, according to several reports, 3D movie houses haven’t attracted as many patrons in the last few months as they had earlier in the year when James Cameron’s Avatar was breaking box office records.

Rhys Ifans, 43, perhaps best known for his role in the Julia Roberts-Hugh Grant romantic comedy Notting Hill, will play a villainous role in the next Spider-Man, to star The Social Network‘s Andrew Garfield as Peter Parker/Spider Man and Easy A‘s Emma Stone as Gwen Stacy. (500) Days of Summer‘s Marc Webb will direct.

At this stage, Sony Pictures is playing coy about which villain exactly Ifans will incarnate, as the “filmmakers prefer to not reveal” said character’s identity.

Ifans, who was nominated for a Best Supporting Actor BAFTA Award for Notting Hill, was reportedly cast as a result of his performance in Sony’s historical/political thriller Anonymous, in which he plays Edward de Vere, the Earl of Oxford, who some scholars believe was the actual author of the plays and poems credited to William Shakespeare.

Anonymous is scheduled to open in fall 2011.

This year, Ifans was seen in the Emma Thompson vehicle Nanny McPhee and the Big Bang / Nanny McPhee Returns (a hit in the U.K. but not in the U.S.), and can be spotted next in Harry Potter and the Deathly Hallows, Part I.

The Spider-Man reboot, which begins filming in December, is due out July 3, 2012.

In writer-director Joseph A. Elmore Jr’s comedy Speed-Dating, three single guys come up with a get-laid-quick scheme that should also help one of them save his moribund nightclub. Things go awry once True Love gets in the way of Easy Sex.

Speed-Dating is currently playing in New York, Houston, and other cities.