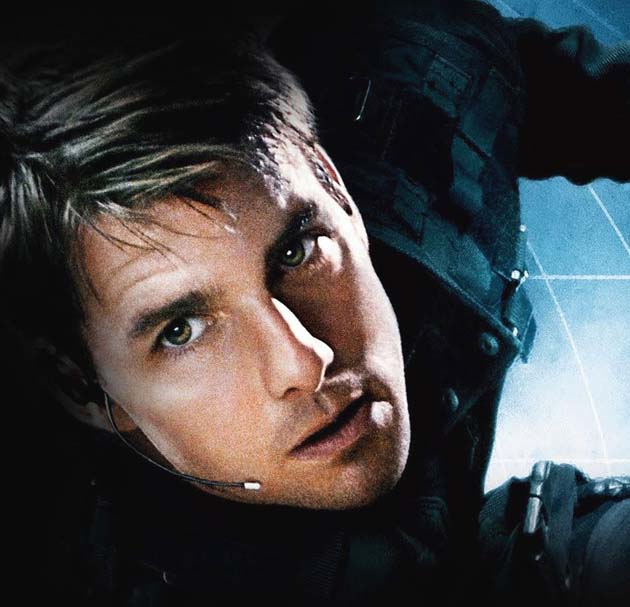 Whatever you call it, that particular line could be read in a number of ways:

Not only with a bang, but with mirth as well. However unintentional, some of the MI5 stunts are hilarious.

Check out below the Mission: Impossible – Rogue Nation trailer.

The Mission: Impossible – Rogue Nation trailer features just about every stunt imaginable. It’s like you’re watching a combo trailer for all the James Bond movies, all the Fast and Furious movies, all the Bruce Lee movies, all the Marvel movies, and even all the Airport movies – with just a touch of Flying Down to Rio (minus the dance numbers) thrown in.

There are car stunts (a.k.a. BMW product placement spots), fight stunts, flight stunts, falling-into-a-vortex stunts. It all looks and sounds unbelievably real. Even the CGI dialogue and performers sound and look (almost) real. In fact, it’s (almost) as if you’re, like, watching and listening to actual human beings interacting with one another.

And do you wanna bet that “Open the door!” will become the “Show me the money!” of 2015? In my humble opinion, the line – and its context – in this latest Tom Cruise venture is infinitely more memorable and more laugh-out-loud-funny than the one delivered (by Cuba Gooding Jr.) in his 1996 hit Jerry Maguire.

Ah, I should add that the falls, fights, acting, and dialogue in Mission: Impossible – Rogue Nation are all make-believe fare. But if Tom Cruise and director Christopher McQuarrie are to believed, Cruise, sort of like the Flying Down to Rio dancers in that old Fred Astaire and Ginger Rogers musical, performed his own plane stunt.[1]

Paramount must have the greatest insurance company anywhere in the universe. In fact, anywhere in all universes.

Down with the IMF

Now, no LOL’ing. But Mission: Impossible – Rogue Nation claims to have an actual story – credited to Drew Pearce and Will Staples – and not just a flimsy excuse for another IMAXscope video game. Instead of Tom Hardy’s hoarse-voiced Bane of Christopher Nolan’s The Dark Knight Rises, MI5 offers The Syndicate, which dates back to the old TV series and which is described as “a rogue nation” out to destroy the Impossible Missions Force a.k.a. the IMF.[2]

But the only justification a movie like Mission: Impossible – Rogue Nation really needs for its existence is the promise of $500 million-$1 billion at the worldwide box office, in addition to mega-earnings from VOD, DVD, merchandise sales, etc. 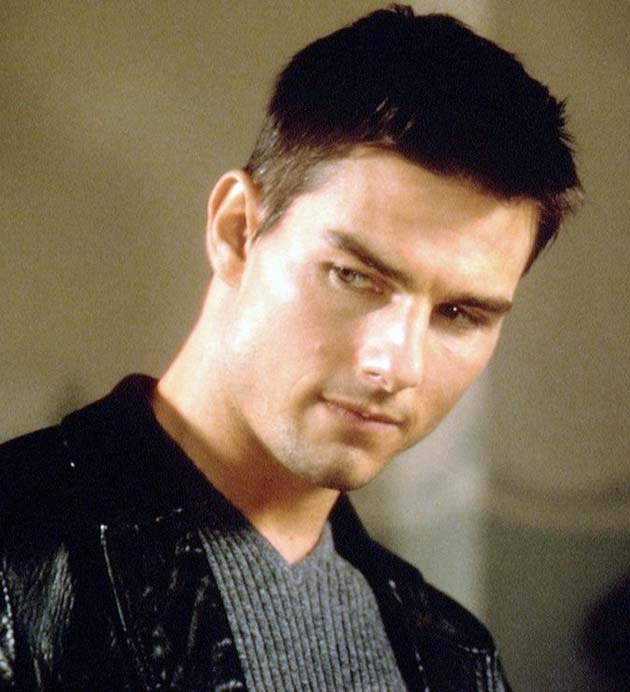 Now, as for those who claim Tom Cruise is no longer a megastar, well, think again. Or just think beyond your narrow tribal borders. Even without adjusting for inflation, Cruise’s five most recent non-MI star vehicles grossed $1.33 billion worldwide. That’s no small change.[3]

Having said that, Tom Cruise, like any other major star, from Bradley Cooper and Jennifer Lawrence to Will Smith and Sandra Bullock, could use another megablockbuster. That’s where Mission: Impossible – Rogue Nation comes in. After all, Brad Bird’s Mission: Impossible – Ghost Protocol took in about $695 million globally in 2012.

This professional strategy dates back to Sean Connery and cinema’s first big-budgeted franchise: the James Bond movies of the ’60s.

Connery became an international celebrity after starring opposite Ursula Andress in Terence Young’s Dr. No in 1962. Unlike Cruise, who has rarely strayed from mainstream fare, Connery tried branching out into more challenging roles and films – e.g., Sidney Lumet’s The Hill, Basil Dearden’s Woman of Straw, Alfred Hitchcock’s Marnie – but with little commercial success. Thus, he kept returning to the 007 movies all the way to 1971’s Diamonds Are Forever – in addition to a 1983 comeback in Never Say Never Again.

Now stop and think about this: the youthful Tom Cruise of Mission: Impossible – Rogue Nation is at most a year younger than the Sean Connery of Never Say Never Again. Cruise must have a picture – a cellphone selfie would do – hidden somewhere in his attic.

MI5 opens in the U.S., Canada, the U.K., Ireland, Turkey, and several other territories on July 31.

The film is based on characters created by Bruce Geller.

‘Flying Down to Rio,’ the other IMF

[2] Laughs best who laughs last: a previous version of this article about the Mission: Impossible – Rogue Nation trailer read “out to destroy the International Monetary Fund and the world’s socioeconomic order.”

[3] The five Tom Cruise movies are:

Rock of Ages, a major box office disappointment, is not included in the list because the 2012 release is not a Tom Cruise Movie. Directed by Adam Shankman, the romantic musical stars Julianne Hough and Diego Boneta.

[4] The casting of Jingchu Zhang serves as a reminder that China was by far the biggest international territory for Mission: Impossible – Ghost Protocol: $101 million, according to figures found at Box Office Mojo.

Around China with a Movie Camera: Chinese Zeitgeist

Tom Cruise became a Hollywood icon with this movie for sure!

In a similar vein, I’m really only looking forward to this because of Jeremy Renner. Tom Cruise can just…be there.