No matter how well-deserved The Artist‘s win (more on that further below), the Detroit Film Critics’ most interesting pick was an unexpected one: Errol Morris’ documentary Tabloid, which to date has won only one other award from a U.S.-based critics’ group, courtesy of the San Francisco Film Critics Circle.

‘The Mormon Sex in Chains Case’

In Tabloid, the director of The Thin Blue Line, A Brief History of Time, and the Oscar-winning The Fog of War: Eleven Lessons from the Life of Robert S. McNamara tackles the alleged incident that became known in certain circles as “The Case of the Manacled Mormon” a.k.a. “The Mormon Sex in Chains Case.”

Much to the delight of the British yellow press and their readers, 1973 Miss Wyoming World Joyce McKinney was accused of abducting 21-year-old American Mormon missionary Kirk Anderson from the steps of a Church of Jesus Christ of Latter-Day Saints meetinghouse in East Ewell, Surrey, in September 1977, and driving him to a cottage in Devon, where for several days Anderson was left chained to a bed and turned into McKinney’s own private sex slave.

McKinney, who denied the charges, and reported co-conspirator Keith May were arrested, but jumped bail and fled to the United States. No extradition proceedings took place; the former Miss Wyoming was eventually sentenced to one year in prison in absentia.

Curiously, the Mormon missionary sex slave drama has continued into the early 21st century. Last month, McKinney filed a lawsuit with the Los Angeles Superior Court, claiming that she had been tricked into appearing in Tabloid, and that Errol Morris and producer Mark Lipson had defamed her in the documentary, portraying her as “crazy, a sex offender, an S&M prostitute, and/or a rapist.”

‘A Star Is Born’ meets ‘Singin’ in the Rain’

For better or for worse, there’s no S&M sex in The Artist, an old-fashioned tale set in Hollywood at the dawn of the sound era, and featuring elements from, among others, A Star Is Born and Singin’ in the Rain. In the black-and-white, mostly silent French-Belgian co-production, Cannes Film Festival Best Actor winner Jean Dujardin and Bérénice Bejo play movie stars following different upward/downward paths – he’s moving down; she’s moving up.

But in all, The Artist remains the current favorite for the 2012 Best Picture Oscar – despite the fierce competition from reliable Hollywood names. Likely Best Picture nominees include Alexander Payne’s The Descendants, Martin Scorsese’s Hugo, and Steven Spielberg’s War Horse.

In the acting categories, Michael Fassbender was the Detroit Film Critics’ Best Actor for his performance as a troubled man who enjoys lots of sex in Steve McQueen’s New York City-set Shame, while Carey Mulligan, Fassbender’s equally troubled sister in the British-made psychological drama, was the Best Supporting Actress.

In the former, Williams plays Marilyn Monroe during the making of Laurence Olivier’s The Prince and the Showgirl. In the latter, the veteran Plummer (The Sound of Music, The Last Station) plays Ewan McGregor’s gay father.

Roman Polanski’s Carnage, starring Kate Winslet, Jodie Foster, Christoph Waltz, and John C. Reilly was the Best Ensemble winner. Based on Yasmine Reza’s play God of Carnage, the French-Polish-Spanish-German co-production revolves around two couples battling it out after their kids get into a fight.

And finally, critics’ fave Jessica Chastain was the Detroit Film Critics’ Breakthrough Performance winner for three of the 2,383 movies in which she was featured during the course of 2011: Tate Taylor’s The Help, Jeff Nichols’ Take Shelter, and Terrence Malick’s The Tree of Life.

Best Picture
* The Artist.
The Descendants.
Hugo.
Take Shelter.
The Tree of Life.

Best Documentary
Into Eternity.
Into the Abyss.
Marwencol.
* Tabloid.
We Were Here. 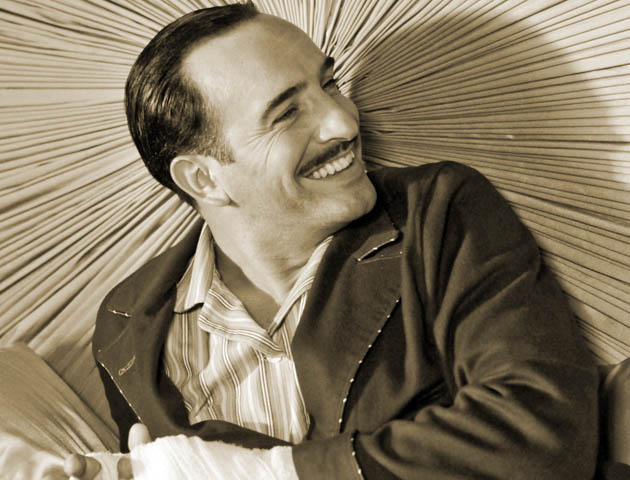 The Artist with Jean Dujardin as a cross between the dashing Douglas Fairbanks, one of the biggest stars of the silent era, and the tragic John Gilbert, whose superstardom collapsed at the dawn of the sound era. Michel Hazanavicius’ homage to Old Hollywood – mixing elements from, among other classics, A Star Is Born (and its predecessor, What Price Hollywood?) and Singin’ in the Rain – has become the clear favorite among U.S. critics this awards season. Besides being the Best Film and Best Director choice of the Detroit Film Critics Society, The Artist swept the Phoenix Film Critics Society Awards, topping eight categories.

Michel Hazanavicius’ The Artist has won another award from a U.S.-based film critics group. The Phoenix Film Critics Society has selected the French-Belgian, black-and-white, and nearly all silent comedy-drama as the Best Film of 2011.

Besides, Hazanavicius was chosen Best Director, the writer of the Best Original Screenplay, and (the best) Breakthrough Performance Behind the Camera, while The Artist leading man Jean Dujardin was named Best Actor and the film’s leading lady, Bérénice Bejo, was the Best Supporting Actress. (Every so often there’s a fine line between what amounts to a lead or a supporting role.)

If that weren’t all, The Artist was also singled out in the Best Score, Best Film Editing, and Best Costume Design categories.

Despite The Artist‘s sweep, several other movies managed to come out victorious in Phoenix as well.

For starters, Martha Marcy May Marlene leading lady Elizabeth Olsen was a relatively unusual Best Actress pick – Michelle Williams has been dominating that field for her performance as Marilyn Monroe in My Week with Marilyn. Yet Olsen hasn’t been fully ignored this awards season, as she has been not infrequently shortlisted either among the year’s “breakthrough performers” or as a Best Actress nominee/runner-up.

Curiously, Elizabeth Olsen lost the Breakthrough Performance on Camera award to Thomas Horn, the young actor in Stephen Daldry’s Extremely Loud & Incredibly Close. Horn was also the winner in the Best Performance by a Youth in a Lead or Supporting Role, Male category.

U.S. critics’ fave Albert Brooks was the Best Supporting Actor for his uncharacteristic turn as a tough gangster in Nicolas Winding Refn’s thriller Drive, starring Ryan Gosling and Carey Mulligan. The Oscar this year will likely go to either Brooks or fellow veteran Christopher Plummer for Beginners.

Pedro Almodóvar’s gender-bending The Skin I Live In, featuring Antonio Banderas and Elena Anaya as, respectively, a mad doctor-cum-kidnapper and his victim, was the Best Foreign Language Film.

Best Film for Adults Only?

Among the Phoenix Film Critics’ other winners were:

Unfortunately, the Phoenix Film Critics have no Best Film for Adults Only category; else, Steve McQueen’s NC-17-rated Shame, starring Michael Fassbender as a troubled man with a very high sex drive, might have taken home an award, too.

Also worth noting – considering that we’re talking about an Arizona-based film critics’ group – the Phoenix Film Critics’ Overlooked Film of the Year was Chris Weitz’s A Better Life, which stars SAG Award nominee Demián Bichir as an undocumented Mexican immigrant struggling to eke out a living in Los Angeles.

Best Film
* The Artist.
The Descendants.
Drive.
The Help.
Hugo.
Midnight in Paris.
Moneyball.
My Week with Marilyn.
Super 8.
The Tree of Life.

Best Cinematography
The Artist.
Hugo.
* The Tree of Life.

Best Film Editing
* The Artist.
Super 8.
The Tree of Life.

Best Visual Effects
Harry Potter and the Deathly Hallows: Part 2.
* Hugo.
Rise of the Planet of the Apes.

The word “troubled” - which I used in another article while describing Fassbender’s character in “Shame” — was missing from this post. I’ve added it just now. As for the word “enjoy,” I used it in the sense of “to experience.” And that he does.

“In the acting categories, Michael Fassbender was the Best Actor for his performance as a man who enjoys a lot of sex in Steve McQueen’s Shame”

Really? Please go and watch the movie and you will discover that the sex Fassbender’s character is “enjoying” in Shame is not pleasurable or even sexy. He is a sex addict, but there is no joy in sex in Shame. Shame is to sex what Requiem for a Dream is to drugs. Really guys, go and watch Shame.