Andre Soares 13 years ago
Movie couples: The Private Lives of Elizabeth and Essex with Olivia de Havilland and Errol Flynn. 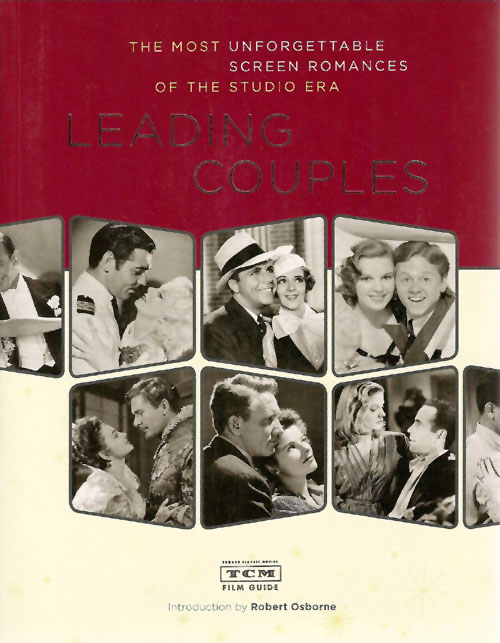 By the way, Leading Couples, which is available online and at bookstores, has an introduction by Turner Classic Movies host Robert Osborne.

Frank Miller has kindly agreed to take part in a q&a (via e-mail) for Alt Film Guide, answering questions about Hollywood’s Leading Couples, from the most harmonious to the most curious. I mean, Tura Satana and Sid Haig?? 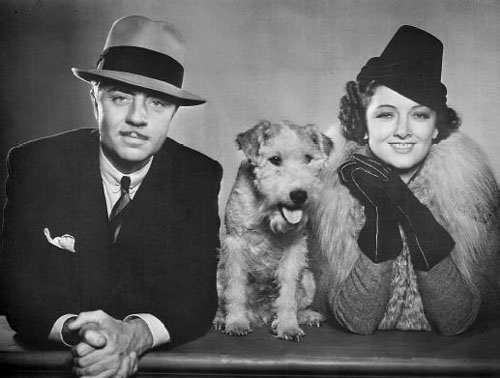 Why would you say audiences enjoyed seeing the same screen couples over and over again – even if (with some luck) in different stories, settings, and costumes? Weren’t vehicles bound to become repetitive and thus damaging to the stars’ careers? Or … ?

A lot of Hollywood’s success during the Golden Age was a product of successful branding. People knew to expect exoticism from Paramount in the early ’30s, glamour from MGM, gritty stories torn from the headlines from Warner Bros. I think the same holds true for many of the most successful screen teams. William Powell and Myrna Loy [above, with Asta] would trade wisecracks but ultimately end up in each other’s arms. Greer Garson and Walter Pidgeon would suffer nobly. Janet Gaynor and Charles Farrell would make poetry out of the emotions of the little people.

The studios varied the vehicles just enough to keep audiences buying tickets, but also made sure they got what they wanted. And of course, they made bigger changes when audience tastes changed. Sometimes they failed, as when Fox tried to find new ways to team Farrell and Gaynor. Other times they worked:  when MGM put Nelson Eddy and Jeanette MacDonald into the sophisticated comedy Sweethearts after a run of more sentimental operettas, it was a big hit.

In your opinion, who would you say are the most mismatched couples – the ones you’d never have expected to click with audiences – among those featured in Leading Couples?

I don’t think anybody could have anticipated how well Fred Astaire and Ginger Rogers were going to click. Their duet in Shall We Dance, “Let’s Call the Whole Thing Off,” really captures the contrast between the sophisticated dancing star and the wise-cracking chorus girl. In fact, their teaming was something of an accident. Another actress [Dorothy Jordan] had to bow out of Flying Down to Rio, and Fred and Ginger weren’t even the stars [Dolores del Rio and Gene Raymond were top-billed]. They just had one number together. But the pairing stole the film, and RKO’s executives, proving it really was “The Little Studio That Could,” took a chance that paid off.

For a one-time pair, Greta Garbo and Robert Taylor [right] didn’t seem likely to work. She had had innocent young co-stars like Lew Ayres in the past [in The Kiss], and though the results hadn’t been bad, they hadn’t been magical. But something about Taylor just clicked when they played their love scenes in Camille. It was just one of those perfect pairings of stars and story.

Were there more movie couples you wanted to include in Leading Couples, but had to leave out because of space constraints?

We could easily have done another book just with the people we couldn’t include; the TCM team tasked with finalizing the list had some difficult choices. I really regret not featuring Paul Newman and Joanne Woodward. The fact that they shared one of Hollywood’s longest marriages, with strong team-ups early (The Long Hot Summer) and late (Mr. and Mrs. Bridge) in the relationship is fascinating. And we don’t have another screen couple where one ended up directing the other with such great success.

It’s also a pity we couldn’t include some of Cary Grant’s more frequent leading ladies, like Irene Dunne. Or the fascinating chemistry between Charles Laughton and Elsa Lanchester. Or the Judy Garland-Gene Kelly musicals.

For one-time pairings, we didn’t have room for Warren Beatty and Natalie Wood in Splendor in the Grass, or William Holden and Gloria Swanson in Sunset Boulevard. It would also be fascinating to look into the chemistry of same-gender couples like Laurel and Hardy, Bob Hope and Bing Crosby, James Cagney and Pat O’Brien, Paul Newman and Robert Redford, or Bette Davis and Olivia de Havilland, but that’s probably another book. 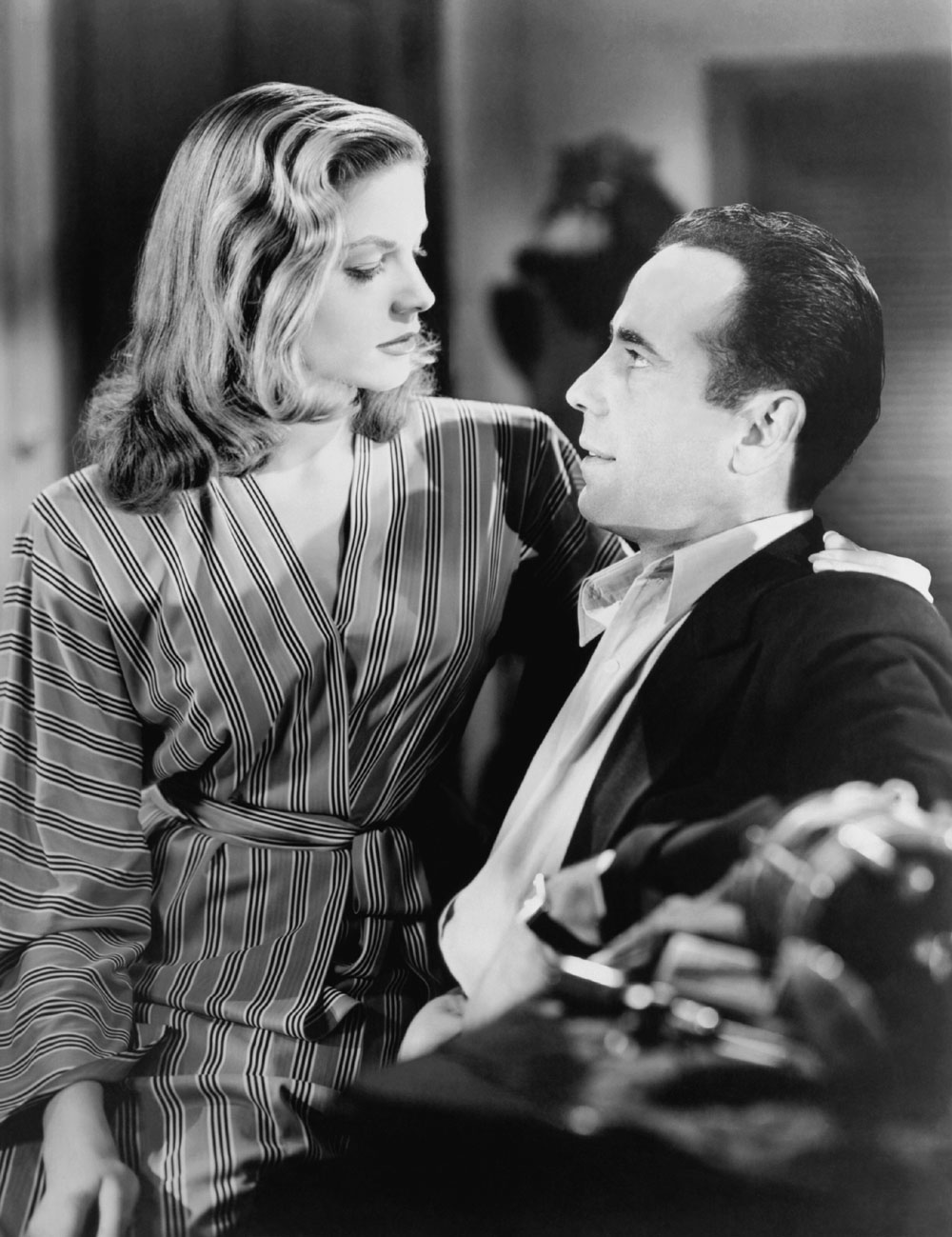 Do you have one (or two or three) favorite movie couples? Least favorites?

I think Spencer Tracy and Katharine Hepburn are probably the definitive screen team. They were just the perfect complement to each other. And I’d rank Humphrey Bogart and Lauren Bacall [above, in To Have and Have Not] right behind them, along with Astaire and Rogers.

For least favorites, I don’t get the pairing of Leonardo DiCaprio and Kate Winslet in either of their two films together. That’s one case where I think the opposites don’t really complement each other, though considering the box office for Titanic and the reviews for Revolutionary Road, I guess I’m in the minority.

The studios, of course, tried to make lots of teams happen, often to no avail. What on earth was MGM thinking when they paired Lana Turner and Edmund Purdom in The Prodigal? For that matter, what were they thinking when they made it?

It was particularly painful when they’d try to make lightning strike twice. When Nelson Eddy and Jeanette MacDonald stopped making films together, he moved to Universal where they tried to team him with another soprano, Susanna Foster in The Phantom of the Opera, but it just didn’t happen.

In your opinion, were there any ideal movie couples that should have been, but were never paired on the big screen?

Bette Davis always regretted never working with Clark Gable. That would have been an interesting match-up. And it’s also a crime that Warners couldn’t really make her work as a co-star for James Cagney. The two films they made together [Jimmy the Gent in 1934; The Bride Came C.O.D. in 1941] are not very strong vehicles. I recently re-read Robert E. Sherwood’s Idiot’s Delight and couldn’t help thinking how good the two of them would have been in it.

John Garfield was such a perfect tough-guy rebel, it would have been great to see him strike sparks with Barbara Stanwyck. That’s another great lost opportunity.

And for alternative film fans, I would still pay to see Tura Satana team with Sid Haig. That would be a match made in horror-film heaven. 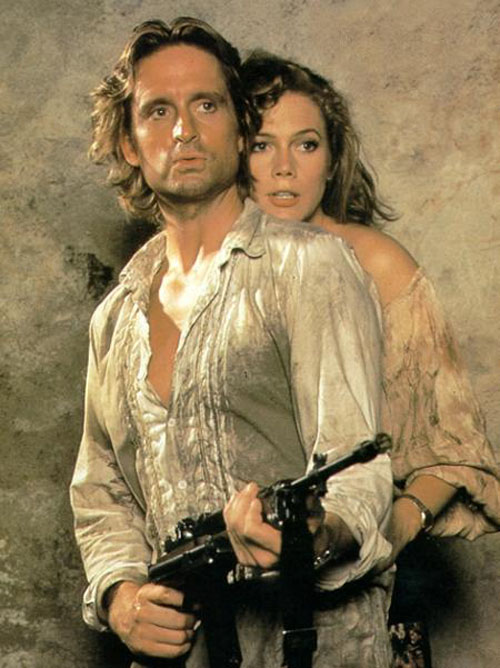 And finally, in your opinion have there been any great movie couples in the last forty or so years?

When I saw Waitress, I wanted a steady diet of films teaming Keri Russell and Nathan Fillion. Here was a team – the big, burly, easy-going guy and the short, feisty, down-to-earth waif – that complemented each other the way the classic screen couples used to. They were like a postmodern Rock Hudson and Doris Day.

But I think it’s really hard to make a screen team happen any more. It takes so long to make a film now that it’s difficult to capitalize on a successful partnership before audiences lose interest. John Travolta and Olivia Newton-John were terrific together in Grease, but it took them five years to make another film, and by then nobody cared. Michael Douglas and Kathleen Turner [right] managed to beat the odds with Romancing the Stone and The Jewel of the Nile, but those two films only came a year apart. Then they worked a great change on the chemistry with The War of the Roses, though it was nowhere near as successful at the box office as their earlier films.

I think the really great team-ups now are happening on television, where you can develop a team through weekly series episodes. Think of Bruce Willis and Cybill Shepherd, or David Boreanaz first with Sarah Michelle Gellar and now with Emily Deschanel, or Edward James Olmos and Mary McDonnell, who’ve turned Battlestar Galactica into Adams’ Rib in outer space. Television is really where you get the chance to develop chemistry today.

Can’t remember the names of the famous singing duo (male/female) less famous than Nelson Eddie and Janette McDonald but popular around that time or earlier? The man’s first name was Vern or Vernon.