Below is a trio of famous and not-so-famous movie quotes from Best Picture Academy Award winners & nominees:

“Personally, Veda’s convinced me that alligators have the right idea. They eat their young.”

“I vant to be alohhhne.”

None of the above lines – the last one actually from an Academy Award-winning film – are to be found in the Academy of Motion Picture Arts and Sciences’ poster celebrating the upcoming 2007 Academy Awards by way of movie quotes (mostly) from Best Picture Oscar winners or nominees.

You will, however, find no less than two quotes from the dreary – and wildly popular – 1996 comedy-drama Jerry Maguire.

Jerry Maguire, after all, was directed by Cameron Crowe, and it stars Tom Cruise and Renée Zellweger, all three still very much in evidence. Indeed, even today you can hear people at dinner parties quoting that film’s most famous line, “Show me the money!” (After which display of movie cliché knowledge, said guests should be summarily kicked out, never to be invited back.)

Having said that, this film watcher must admit that “You had me at hello” is indeed one of the cleverer movie quotes of the 1990s.

But why two Jerry Maguire lines and zero from Lewis Milestone’s Best Picture Oscar winner All Quiet on the Western Front (“When it comes to dying for country, it’s better not to die at all”) or Gregory La Cava’s Best Picture nominee Stage Door (“The calla lilies are in bloom again”)?

Well, as so often happens with just about anything celebrating American cinema history, the focus of the Movie Quotes Oscar Poster is on more recent and better-known films.

The oldest movie represented in the poster is Robert Z. Leonard’s 1936 Best Picture winner The Great Ziegfeld – curiously, not by its most famous line, “Hello, Flo!” – while releases from the last three decades get the bulk of the space.

“They are the unforgettable lines,” says Academy president Sid Ganis, “that you hear in everyday conversations, in meetings, at parties, or walking down the street.”

Perhaps while fighting a war, some people have heard/will hear utterances such as “No prisoners! No prisoners!” Not to mention “You can’t handle the truth” and “When you’re in love with a married man, you shouldn’t wear mascara.” But in reference to, respectively, Lawrence of Arabia, A Few Good Men, and The Apartment?

Really, how many people have heard anyone anywhere quote “No, a golf course is nothing but a pool room moved outdoors,” or “You can break a man’s skull. You can arrest him. You can throw him into a dungeon. But how do you control what’s up here? How do you fight an idea?” or “My name is Gladiator”?

In fact, how many people paid any attention to the dialogue in that Ridley Scott-Russell Crowe sword-and-sandal flick? Academy voters who chose it as the year’s Best Picture sure didn’t.

Now, forgettable Oscar-winning/nominated movie quotes aside, the Oscar 2007 poster is a handsome work of art. As per the Academy’s press release:

“The concept and design for the poster [were] created for the Academy by TBWAChiatDay Los Angeles. Photographer Albert Watson captured the Oscar statuette featured on the poster.

“The 27×40 poster, printed on premium recycled paper, uses a black canvas and highlights the quotes in gold metallic ink, each in a distinctive typeface to reflect the movie it represents.

“Starting today, more than 65,000 posters will be distributed worldwide.

The “Movie Quotes” Oscar poster will remain available for purchase through March 12 on the Academy’s Web site at http://www.oscars.org/publications/ or by calling 1-800-554-1814.” 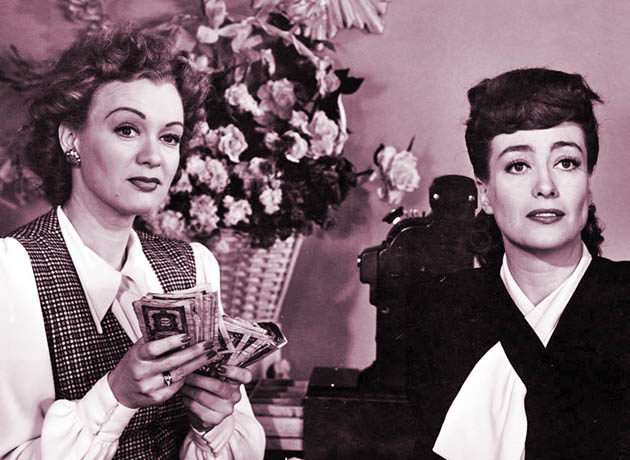 The Academy’s press release adds that only one of the movie quotes found in the Oscar 2007 poster comes from a film that was not nominated for Best Picture or for any of the Best Writing categories. There are actually two: one from Wall Street and one from Pretty Woman.

As for the three movie quotes mentioned at the beginning of this post, they are delivered by: 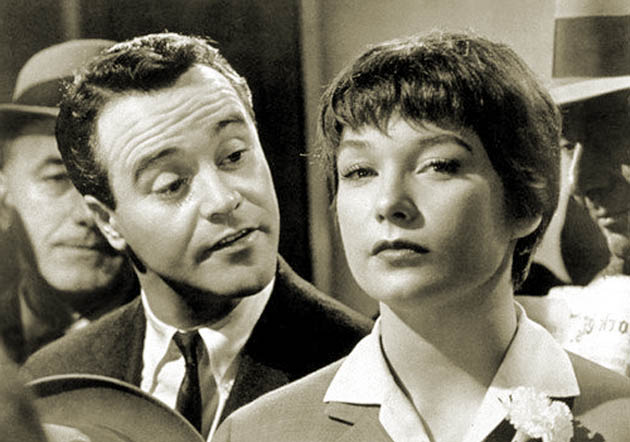 The Apartment with Shirley MacLaine and Jack Lemmon. The Movie Quotes Oscar Poster features a whole array of, what else, movie quotes. One of the lesser-known lines comes from director-screenwriter Billy Wilder and screenwriter I.A.L. Diamond’s 1960 Best Picture Academy Award winner The Apartment; it’s the final sentence from Shirley MacLaine’s dialogue bit, “How could I be so stupid? You would think I should have learned by now. When you’re in love with a married man you shouldn’t wear mascara.”

Some of the movie quotes listed below actually originated on stage or in print. For instance, a version of Don Corleone’s line “I’m gonna make him an offer he can’t refuse,” heard via Marlon Brando in Francis Ford Coppola’s 1972 Oscar winner The Godfather, was originally found in Mario Puzo’s 1969 bestseller.

Sticking to Marlon Brando and his movie quotes, he – as Stanley Kowalski – was bawling “STELLA!” at Broadway’s Ethel Barrymore Theatre about four years before reprising his A Streetcar Named Desire role in Elia Kazan’s 1951 movie version, adapted to the screen by playwright Tennessee Williams himself.

Whatever their origin, here they are.

Baby Marie: One of Earliest Child Movie Stars Has Died

I think it´s nice, but who knows all the quotes?

I agree with you, They missed a chance to make a work of art. It’d be a classy, beautiful way to pay hommage to the movies if they included unforgettable quotes from all the wonderful movies that enchanted several different generations. Unfortunately Hollywood can’t remember much of the past.