William S. Hart, Tom Mix, Gene Autry, and Roy Rogers will be featured in a “Cowboys of the Silver Screen” commemorative stamp, with one design for each Western star.

A film, stage, and television star for over six decades, Katharine Hepburn (1907–2003) was featured in more than 40 big-screen releases, a dozen plays, and eight TV movies.

Until early 2000, Katharine Hepburn held the actors’ record for most Academy Award nominations: 12. That year, Meryl Streep tied with Hepburn, and in early 2003 – following a Best Supporting Actress nomination for Spike Jonze’s Adaptation – Streep surpassed her.

Hepburn, however, remained the top nominee in the lead categories until early 2009, when John Patrick Shanley’s Doubt earned the seemingly unstoppable Streep her 12th Best Actress nod. The following year, Streep once again surpassed Hepburn – and everybody else – with her 13th Best Actress nomination, for Nora Ephron’s Julie & Julia.

But Meryl Streep or no, Katharine Hepburn still holds the record for most wins by an actor, whether female or male – four in all: 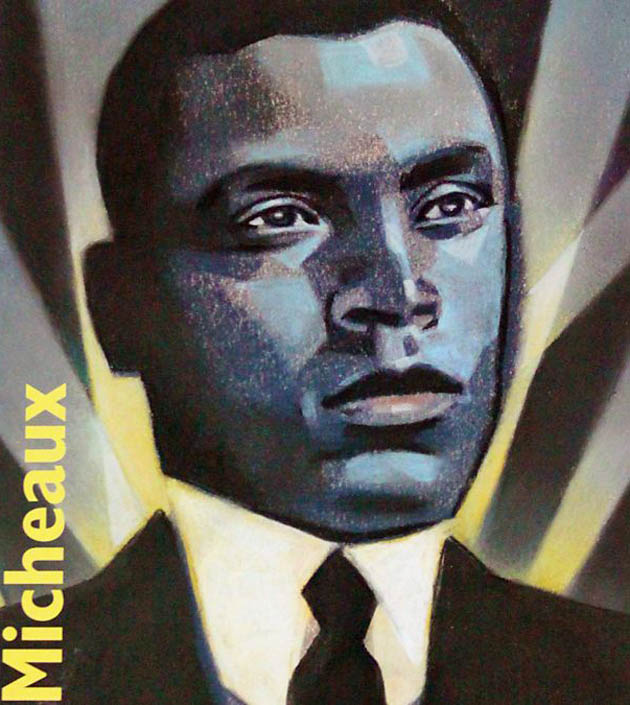 Oscar Micheaux stamp: Pioneering black filmmaker in the U.S. Postal Service’s “Black Heritage” series. A director of low-budget fare aimed at African-American audiences, Oscar Micheaux was responsible for two notable silent films: Within Our Gates (1920) and Body and Soul (1925). The former, featuring the early 20th century rise of the Ku Klux Klan, is the oldest known surviving film directed by a black American filmmaker; the latter – no connection to Robert Rossen’s 1947 boxing drama – stars singer/social activist Paul Robeson as a criminal who, like so many others on film and in life, successfully disguises himself as a Christian preacher.

These were almost invariably minuscule-budgeted productions – sometimes referred to as “race films” – screened at movie houses geared to black audiences in the United States, which helps to explain why he remains a little-known name in American film history.

Eight years later, Oscar Micheaux came back for one last effort, the critical and box office bomb The Betrayal (1948) – now a lost film – which he also adapted from his own 1943 novel, The Wind from Nowhere.

LeRoy Collins plays Martin Eden – an homage to Jack London’s tragic antihero – a successful South Dakota-based agribusinessman involved in a couple of complex relationships: one with his wife (Verlie Cowan); the other with the (purportedly) white object of his desire, Deborah (Myra Stanton). 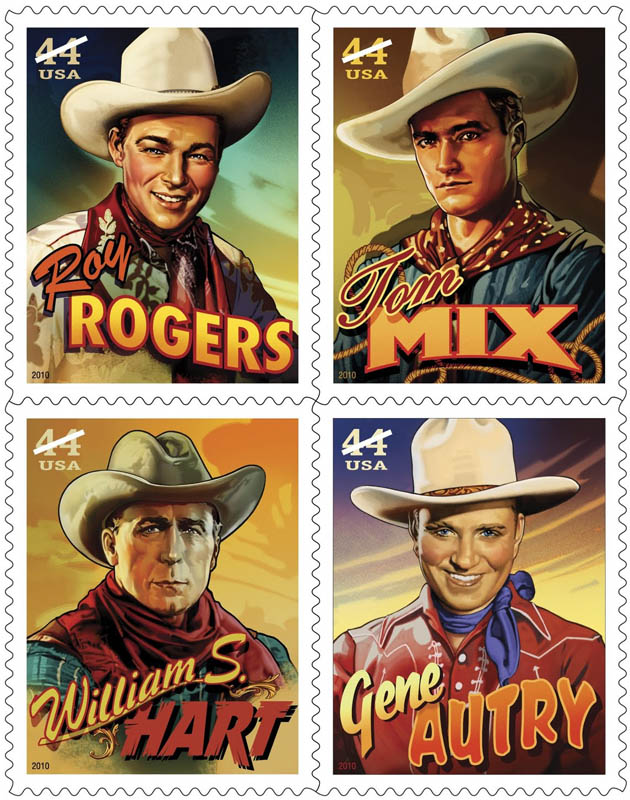 More movie star stamps: Four of the best-known movie cowboys of the first half of the 20th century – William S. Hart (The Toll Gate, Tumbleweeds), Tom Mix (The Texan, the 1932 version of Destry Rides Again), Gene Autry (The Singing Cowboy, Oh, Susanna!), and Roy Rogers (Home in Oklahoma, The Gay Ranchero) – will soon be adorning the U.S. Postal Service’s “Cowboys of the Silver Screen” commemorative stamps.

The stoic William S. Hart (1864–1946) – a tougher, rougher, more complex version of Clint Eastwood’s cowboy heroes – was a major box office attraction in the 1910s. In his day, Hart was so big he was to have been one of the founders of United Artists, along with Mary Pickford, Douglas Fairbanks, Charles Chaplin, and D.W. Griffith, but he bowed out before the deal was finalized.

The Texan Gene Autry, by the way, was the only one of these four movie cowboys to have been actually born west of the Mississippi.

Every year, USPS releases a series of commemorative stamps featuring people, places, and institutions. These stamps generally remain on sale for only a limited period, thus becoming collectors’ items.