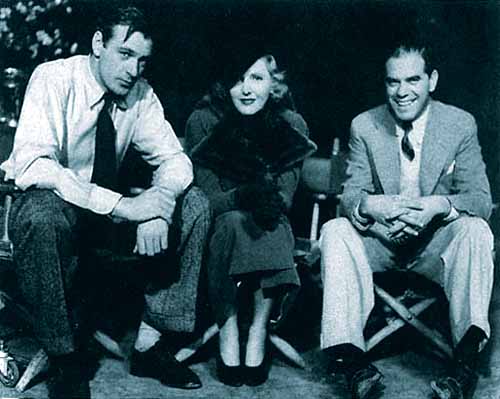 There is a tendency among some to think that all the art produced by a great artist is great. This is false, but it gives cover for bad critics who just recycle old blurbs about said artist. Think of the fawning that goes on in discussions of Shakespeare. Although he could be a great writer, all but a dozen or so of his sonnets were mediocre tongue-twisters, and two-thirds of his thirty-seven known plays range from mediocre to terrible.

In other words, by being uncritical one actually diminishes the great art that has been produced, for an uncritical stance makes it seem as if greatness is a quality alien to all but the blessed few. That sort of approach negates the hard work that all great endeavors require.

This thought was ubiquitous as I watched Frank Capra’s 1936 black-and-white classic Mr. Deeds Goes to Town, in many ways, a (lighter) precursor to the later Capra-Gary Cooper social drama Meet John Doe (1941), as both films feature rags-to-riches tales in which men are manipulated by the women they love. 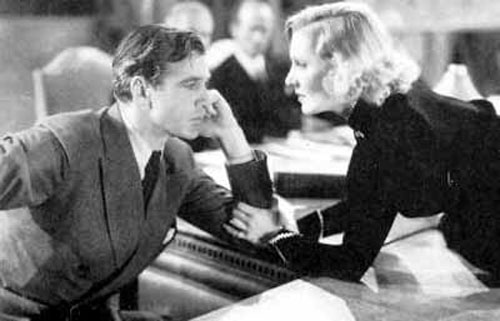 Adapted by longtime Capra collaborator and dialogue expert Robert Riskin from Clarence Budington Kelland’s story “Opera Hat,” Mr. Deeds is, as all Capra fare, undeniably a good film. It is not, however, on a league with It’s a Wonderful Life or even the director’s 1934 Oscar-winner It Happened One Night; Mr. Deeds Goes to Town lacks the overall depth of the former (while being far more preachy) and the quick-paced, tart-tongued dialogue of the latter. (Mr. Deeds clocks in at 115 minutes.)

Despite the use of many familiar tropes, what sets Capra apart from lesser directors are his believable lesser characters, all of whom are given moments to shine. (Capra is much helped by Riskin’s peerless dialogue.) Add to that the director’s relentless glare at his leading actors’ characterizations, and his films – which lesser directors would have turned into the cornfests Capra’s worst critics claim them to be – possess a grittiness akin to that of film noir.

The plot of Mr. Deeds Goes to Town is quite simple: Longfellow Deeds (Gary Cooper), a greeting-card poet and tuba player, is a sweet Vermont relative of a millionaire. After inheriting twenty million dollars from his late uncle, Deeds, accompanied by his uncle’s slimy lawyer John Cedar (Douglass Dumbrille) and PR man Cornelius Cobb (Lionel Stander), goes to New York City. The New York tabloids have a field day with the story, and one of the newspapers sends their top reporter, Louise ‘Babe’ Bennett (Jean Arthur), to get the scoop on “Cinderella Man.”

On the orders of her editor (George Bancroft), Babe poses as Mary Dawson; under that guise, she slowly seduces Deeds. All the while, he tries to cope with hangers-on and assorted leeches. It is the Great Depression, after all.

Cedar tries to get Deeds to give him power of attorney so he can embezzle some of the money to pay off the debts of his law firm, but the seemingly naive small-towner turns out to be a crafty businessman.

The acting in Mr. Deeds Goes to Town is top notch. Cooper is, well, Gary Cooper – mixing strength and vulnerability in perfect amounts. Apart from his Lou Gehrig in Sam Wood’s The Pride of the Yankees (1942), Mr. Deeds may be his best role. Jean Arthur, for her part, conveys both vulnerability and depth, something that a lesser actress would not have brought to the part. The rest of the cast, from Douglass Dumbrille’s lawyer and Lionel Stander’s gravelly voiced PR flack to the small-town nutty sisters played by Margaret Seddon and Margaret McWade, are all good. Even the actors playing Deeds’ manservants are convincing.

Joseph Walker’s cinematography is solid, while Howard Jackson’s musical score is standard screwball-comedy fare. But on a Frank Capra film, it’s always the editing that is more important, and Gene Havlick keeps Mr. Deeds Goes to Town moving briskly, especially during several sterling newspaper-headline montages. Havlick often cuts the film just a beat before its drama could turn maudlin, helping Capra dare the audience to be moved emotionally and then think about what they’ve seen. Capra was doing that decades before European directors of the 1960s made such a turn a staple for art-house cinema, which shows how ahead of the curve he was.

True, Mr. Deeds Goes to Town has the almost obligatory Capraesque small-town sendoff, as well as the singing of “Auld Lang Syne,” but the weak moments are brief. In fact, it’s amazing that Capra could have pulled off such a film as well as he did.

Mr. Deeds Goes to Town was named Best Picture by the New York Film Critics Circle and the National Board of Review, and was nominated for five Academy Awards, winning Capra his second Best Director Oscar.

The Mr. Deeds Goes to Town DVD is part of the six-disc Frank Capra Collection. The picture quality is quite good, and the DVD comes with promotional materials, and a short interview with Frank Capra Jr, who also provides the audio commentary. Capra Jr’s remarks are not that insightful, as they’re larded with aimless casting anecdotes and technical points of no interest, and is punctuated by long pauses.

Capra Jr. also spreads the tall tale that Riskin’s script invented the terms “pixilated” and “doodles.” Not so, as any quick check of a dictionary will show. Yet, who can blame him for wanting to give even a bit more credit to his dad’s work? Junior, however, says his dad expressed dissatisfaction with Douglass Dumbrille’s Cedar, stating that Capra thought Dumbrille was not mean enough. This is unfortunate, since one of the film’s strengths is that Dumbrille’s heavy is wholly believable – even if not as wretched as Lionel Barrymore’s Mr. Potter in It’s a Wonderful Life. But then again, how few heavies are?

Note: The views expressed in this article are those of Mr. Schneider, and they may not reflect the views of Alt Film Guide. A version of this Mr. Deeds Goes to Town review was initially posted in October 2007.