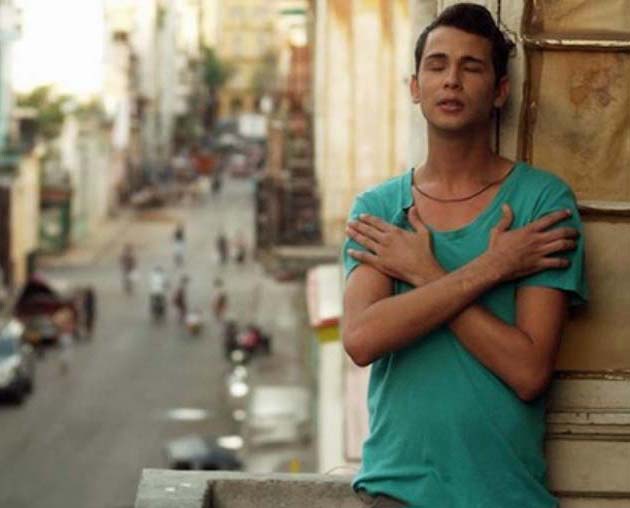 Nearly ten years ago, the Academy of Motion Picture Arts and Sciences changed a key rule regarding entries for the Best Foreign Language Film Oscar;* since then, things have gotten quite colorful. Just yesterday, Sept. 16, Ireland submitted Paddy Breathnach’s Viva – a Cuban-set drama spoken in Spanish. And why not?

To name a couple more “multicultural and multinational” entries this year alone: China’s submission, with dialogue in Mandarin and Mongolian, is Wolf Totem, directed by Jean-Jacques Annaud – a Frenchman. And Germany’s entry, Labyrinth of Lies, was directed by Giulio Ricciarelli, who happens to be a German-based, Italian-born stage and TV actor.

As an aside, veteran Jorge Perugorría starred in Tomás Gutiérrez Alea and Juan Carlos Tabío’s gay-themed Strawberry and Chocolate (1993), the first – and to date only – Cuban film to be shortlisted for the Best Foreign Language Film Oscar (in early 1995). 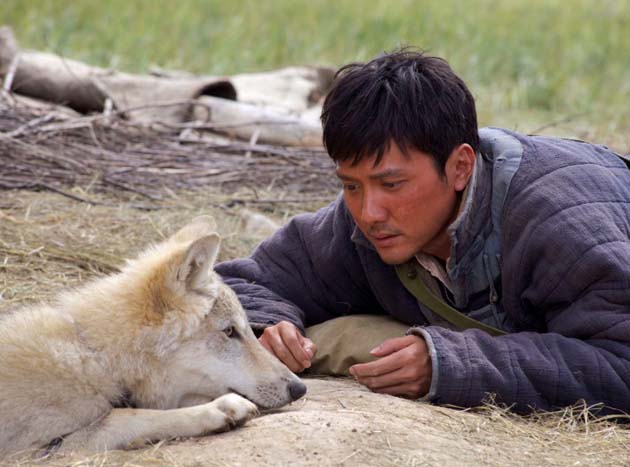 As to be expected, the teacher becomes a student of local customs, learning about the bond between the shepherds and the area’s wolf population, in danger as a result of the country’s multi-tentacled government apparatus, which, much like U.S. agribusinesses and their political cronies, sees wolves as pests.

Jean-Jacques Annaud, whose Seven Years in Tibet remains banned in China, had his own personal ban lifted so he could direct Wolf Totem. A box office hit in China, where it opened in Feb. 2015, the film has grossed $122.74 million. A 1997 release based on Heinrich Harrer’s book, the English-language Seven Years in Tibet stars Brad Pitt (as Harrer) and David Thewlis. 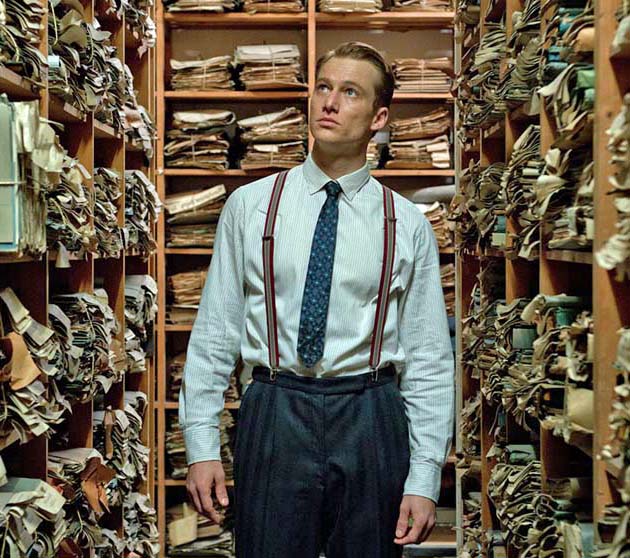 Giulio Ricciarelli’s Labyrinth of Lies / Im Labyrinth des Schweigens features a World War II / Jewish holocaust theme, which, whether directly or indirectly, has always been a favorite among the Academy’s Best Foreign Language Film voters – e.g., The Devil Strikes at Night, The Shop on Main Street, Closely Watched Trains, The Garden of the Finzi Continis, Madame Rosa, The Tin Drum, Mephisto, The Assault, Life Is Beautiful, and this year’s winner Ida.

In Labyrinth of Lies, young, idealistic public prosecutor Johann Radmann (German Film Award nominee Alexander Fehling) is eager to bring high-ranking Nazis to justice, but his efforts are thwarted by corruption within the German political system. Revelations about his own family (á la Francis Lederer in The Man I Married, but the other way around) make things even more difficult for the beleaguered Radmann.

For the record, this year’s Best Picture German Film Award winner was Sebastian Schipper’s Victoria, about a young woman (Laia Costa), her three male “friends,” and a wild night out that leads to a bank robbery.

* Throughout the years, among the films disqualified by the Academy because of arcane eligibility rules relating to language and/or nationality were Krzysztof Kieslowski’s Three Colors: Red (1994), a Swiss submission directed and written by Polish talent; Saverio Costanzo’s Private (2004) an Italian drama set in Palestine and featuring Hebrew and Arabic dialogue; and Michael Haneke’s thriller Hidden (2005), Austria’s submission set in Paris and starring French speakers Daniel Auteuil, Juliette Binoche, and Annie Girardot.

Below is the current list of entries for the 2016 Best Foreign Language Film Academy Award. The Academy will continue to accept submissions up to Oct. 1.

Sweden: A Pigeon Sat on a Branch Reflecting on Existence, Roy Andersson.