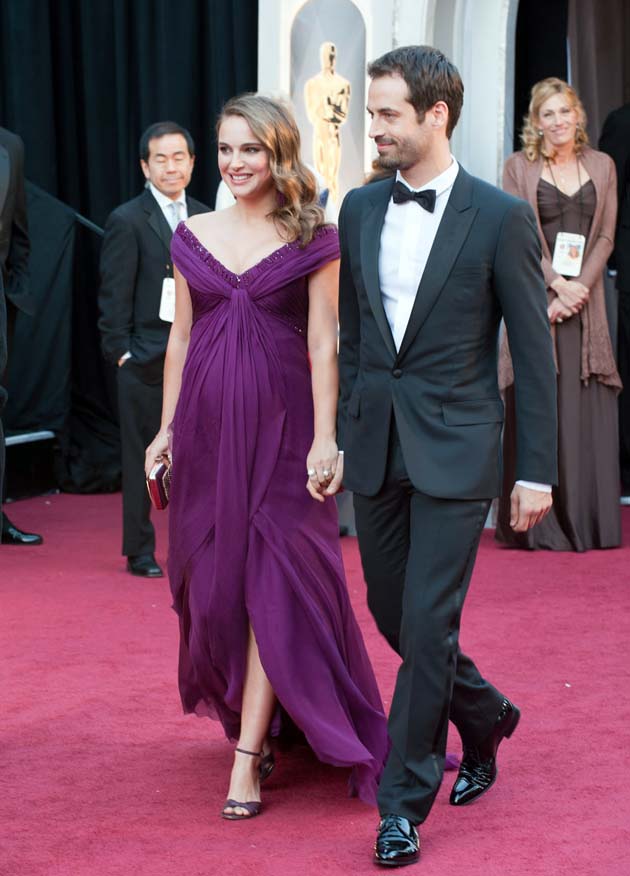 Natalie Portman and Benjamin Millepied at the Oscars

Best Actress winner Natalie Portman and Benjamin Millepied (at the time, Portman’s husband-to-be)* arrive at the 2011 Academy Awards ceremony held on Feb. 27 at the Kodak Theatre in Hollywood. Portman took home the Oscar for her performance as a mentally unstable ballerina in Darren Aronofsky’s psychological drama Black Swan. 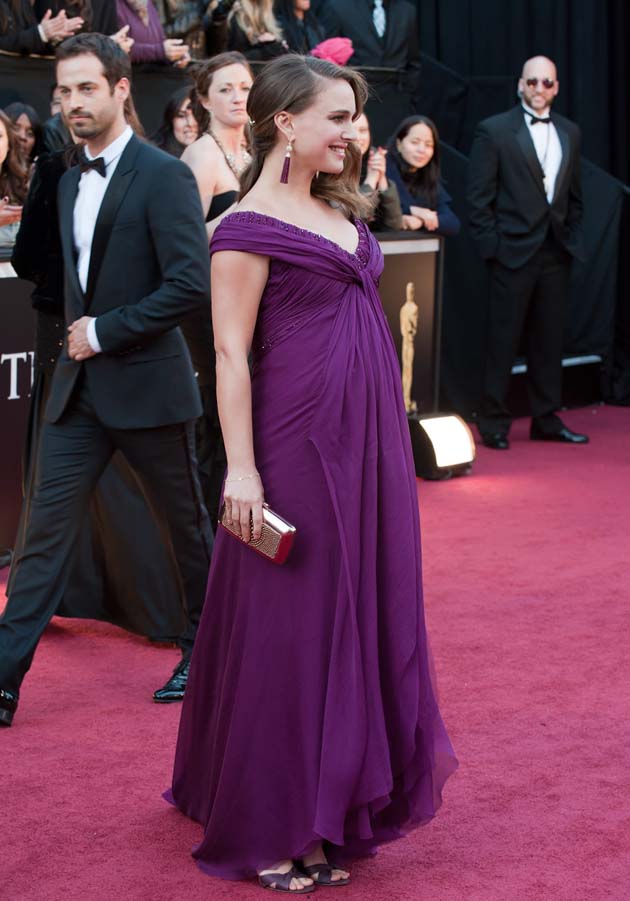 Natalie Portman and husband Benjamin Millepied (walking behind her).

Pictured above is a very pregnant Natalie Portman, with husband-to-be Benjamin Millepied walking behind her, on the Oscar 2011 Red Carpet just outside the Kodak Theatre. Millepied had a featured role in Black Swan, in addition to helping with the film’s choreography.

Natalie Portman movies in 2011 are the following Kenneth Branagh’s Thor, with Chris Hemsworth; Ivan Reitman’s No Strings Attached, with Ashton Kutcher; and David Gordon Green’s Your Highness, with James Franco.

Earlier today, Portman, who also happens to be Miss Dior Cherie’s poster girl, released a statement condemning fifty-year-old British fashion designer John Galliano, who can be seen in a video making several viciously anti-Semitic remarks while apparently intoxicated. (“People like you would be dead. Your mothers, your forefathers, would all be fucking gassed.”) The women he was talking to laughed at Galliano’s remarks – or perhaps at his effete manner and slurred speech.

Natalie Portman didn’t find any of that funny. Her statement read:

“I am deeply shocked and disgusted by the video of John Galliano’s comments that surfaced today.

“In light of this video, and as an individual who is proud to be Jewish, I will not be associated with Mr. Galliano in any way. I hope at the very least, these terrible comments remind us to reflect and act upon combating these still-existing prejudices that are the opposite of all that is beautiful.”

Once again, a pregnant Natalie Portman in a purple dress can be seen on the Oscars’ Red Carpet.

Portman is reportedly the fifth pregnant Oscar winner in the acting categories. Her predecessors were:

And here are a handful of pregnant Oscar losers in the acting categories.

There was also Best Actress nominee Judy Garland, shortlisted for George Cukor’s A Star Is Born (1954). Garland wasn’t at the 1955 Oscar ceremony, but as she was the expected winner, media crews were stationed at her hospital.

However, the Best Actress winner turned out to be Grace Kelly for The Country Girl. 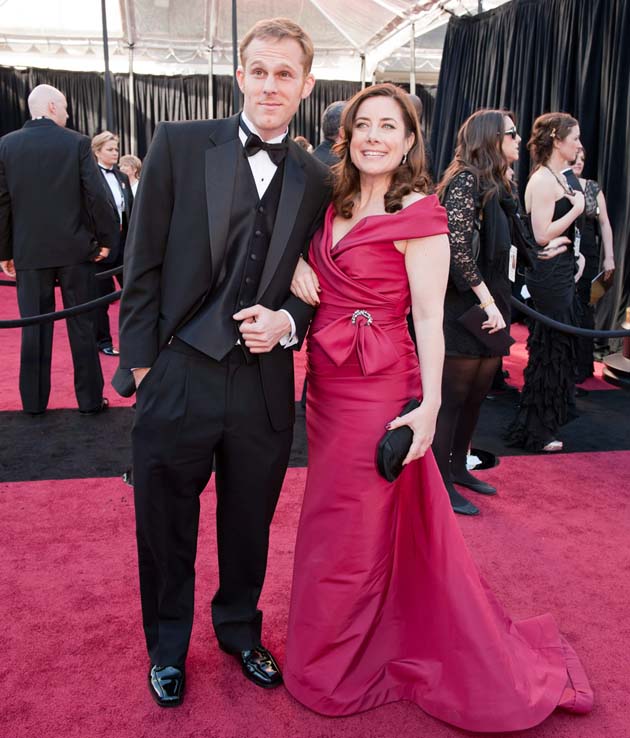 The documentary short depicts the plight of the Carteret Islanders, some of the planet’s first environmental refugees. The film focuses on a group of families looking for new homes in inhospitable, war-torn Bougainville, an autonomous region in Papua New Guinea.

Needless to say, Sun Come Up has nothing to do with Metro-Goldwyn-Mayer’s 1949 “family” movie The Sun Comes Up, directed by Richard Thorpe, and starring Jeanette MacDonald, Claude Jarman Jr., and Lassie.

The 2011 Oscar winner in the Best Documentary Short Subject category was Karen Goodman and Kirk Simon’s Strangers No More.