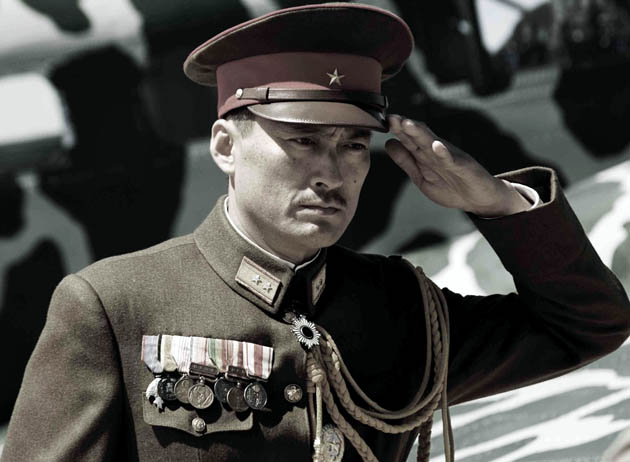 National Board of Review Awards surprise: Best Film goes to non-English-language release for the first time in nearly six decades

The biggest surprise found on the 2006 National Board of Review Awards’ list of winners, announced on Dec. 6, was the inclusion of Clint Eastwood’s View from the Other Side, the Japanese-language World War II drama Letters from Iwo Jima, as the best film of the year.

This has marked only the third time that the National Board of Review’s Best Film award has gone to a non-English-language production. The last time that happened was in 1949, when they went for Vittorio De Sica’s Italian-made neorealist drama The Bicycle Thief. The year before, another Italian film was given the award, Roberto Rossellini’s Paisan.

See further below the 2006 National Board of Review Awards’ full list of winners.

Based on Japanese Gen. Tadamichi Kuribayashi’s book Picture Letters from Commander in Chief (adapted for the screen by Iris Yamashita), and starring Ken Watanabe, Letters from Iwo Jima recreates the battle of Iwo Jima as seen from the Japanese side.

An accompanying piece to Eastwood’s critically acclaimed box office disappointment Flags of Our Fathers – one of the National Board of Review’s Top Ten films – Letters from Iwo Jima was to have been released in February 2007 so as to ride the wave of publicity following the expected myriad Academy Award nominations for its predecessor.

However, the $35 million-budgeted Flags of Our Fathers’ relatively paltry $34 million box office take in the U.S. and Canada has dimmed the chances for the war drama to sweep the Oscars. As a result, the U.S. distributor of both films, DreamWorks (which also co-financed them with Warner Bros.), decided to release Letters from Iwo Jima (which cost a considerably more modest $20 million) on Dec. 21 so as to remind Academy voters of Eastwood’s unusual accomplishment.

Letters from Iwo Jima is set to open in Japan on Dec. 9.

On to other National Board of Review winners: As expected, the National Board of Review’s Best Foreign Language Film was Pedro Almodóvar’s amusing melodramatic comedy Volver, starring Penélope Cruz and Lola Dueñas as two sisters whose mother, played by Almodóvar veteran Carmen Maura (Law of Desire, Women on the Verge of a Nervous Breakdown), seems to have returned from the dead to make amends for past misdeeds.

This past Saturday, Dec. 2, Volver won 4 trophies at the European Film Awards ceremony held in Warsaw, including Best European Actress for Cruz and Best European Director for Almodóvar.

Other expected National Board of Review Award winners were: 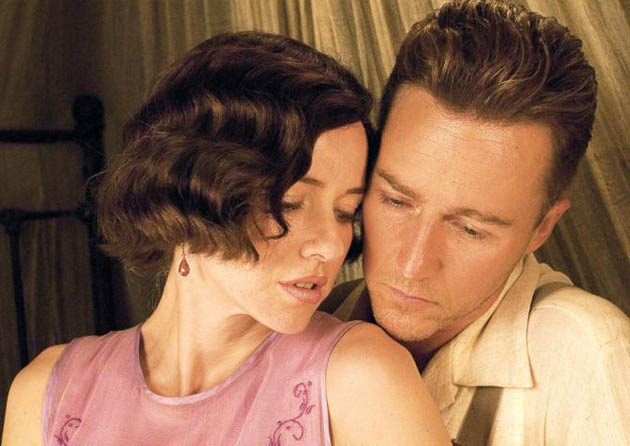 The Painted Veil with Naomi Watts and Edward Norton. John Curran directed Ron Nyswaner’s National Board of Review Award-winning screenplay based on W. Somerset Maugham’s 1925 novel about an adulterous Englishwoman who finds a chance at redemption while with her husband in cholera-plagued China. The novel had been previously filmed in 1934 and, as The Seventh Sin, in 1957. In the former, Greta Garbo, Herbert Marshall, and George Brent were directed by Richard Boleslawski; in the latter, Eleanor Parker, Bill Travers, and George Sanders were directed by Ronald Neame. Liev Schreiber plays the lover in the 2006 version.

There were no major surprises among the other National Board of Review winners, though the supporting performers and screenplay winners could be considered minor upsets:

Curiously, only one film, the inanely violent The Departed, received more than one award: Best Director for Martin Scorsese and Best Acting by an Ensemble for a cast that includes Leonardo DiCaprio, Matt Damon, Vera Farmiga, Jack Nicholson, Mark Wahlberg, and Martin Sheen.

Even more curious was the absence of Bill Condon’s much-touted Dreamgirls from the National Board of Review’s Top Ten Film list. The musical ended up getting one single award: in the Breakthrough Performance – Female, Jennifer Hudson tied with Babel actress Rinko Kikuchi.

But the curiousest thing about the National Board of Review’s 2006 winners list was the naming of Oliver Stone’s World Trade Center as the co-winner – alongside Deepa Mehta’s Water – of the Freedom of Expression Award.

After all, the Indian-Canadian Mehta suffered enormous pressure – including reported death threats from radical Hindus – while making Water, which depicts the plight of India’s young widows in a rigidly patriarchal society. In fact, Mehta had to transfer production from India to Sri Lanka following riots that destroyed the film’s sets.

Now, the worst thing that happened to Oliver Stone and his sentimentalized version of the Sept. 11, 2001, terrorist attacks in New York City was to have American right-wingers praise his patriotism.

And finally, veteran actor Eli Wallach (The Misfits, The Good the Bad and the Ugly), who will be turning 91 tomorrow, Dec. 7, will receive the Career Achievement Award, while Melvin and Howard and The Silence of the Lambs filmmaker Jonathan Demme will be handed the Billy Wilder Award for Excellence in Directing.

The National Board of Review (NBR) is a nonprofit organization consisting of film scholars, historians, educators, and students. Members have been listing their Best Films of the Year choices since the early 1920s.

Letters from Iwo Jima trailer: Directed by Clint Eastwood, the 2006 National Board of Review Best Film winner shows the key World War II battle from the point of view of the Japanese side. Ken Watanabe stars.

National Board of Review Awards

The 2006 National Board of Review Award winners were announced on Dec. 6. The awards ceremony will be held at Cipriani 42nd Street in New York City next Jan. 9.

Runners-up (in alphabetical order):
Babel.
Blood Diamond.
The Departed.
The Devil Wears Prada.
Flags of Our Fathers.
The History Boys.
Little Miss Sunshine.
Notes on a Scandal.
The Painted Veil.

Best Acting by an Ensemble: The Departed.

Top Independent Films(in alphabetical order):
Akeelah and the Bee.
Bobby.
Catch a Fire.
Copying Beethoven.
A Guide to Recognizing Your Saints.
Half Nelson.
The Illusionist.
Lonesome Jim.
Sherrybaby.
10 Items or Less.
Thank You for Smoking.

Merle Oberon: From Mystery Past + Hollywood Stardom to Shah of Iran Connection

Crips and Bloods: Made in America: Gang Violence in the United States