The United States’ Library of Congress has selected another 25 American movies for inclusion in its National Film Registry, which under the terms of the National Film Preservation Act is supposed to protect “for all time” short and feature films considered “culturally, historically or aesthetically” significant.

Whether or not the National Film Registry actually fulfills its purpose, among the handpicked films in December 2008 are the following: 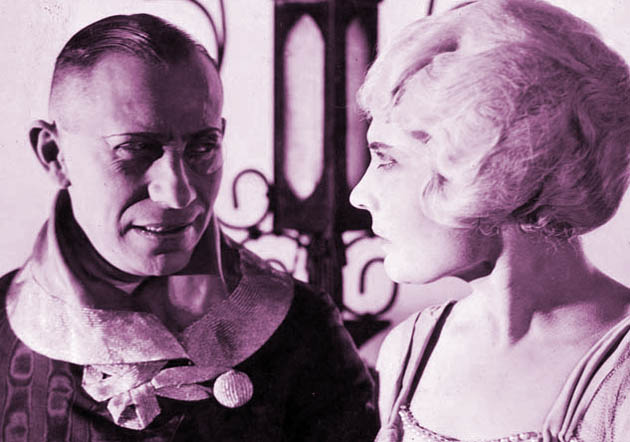 Foolish Wives with Erich von Stroheim and Maude George (?). Best remembered as a director for his 1924 masterpiece Greed, and as an actor for his Oscar-nominated portrayal of Gloria Swanson’s “servant” in Sunset Blvd., the Vienna-born Erich von Stroheim doubled as actor/director in a few silents. Case in point was the risqué 1922 drama and 2008 National Film Registry entry Foolish Wives, in which The Von plays a “continental” seducer and extortionist. One of his accomplices is the now largely forgotten Maude George (looks like her in the photo), who also worked with/for von Stroheim in The Devil’s Passkey, Merry-Go-Round, and The Wedding March.

From Miss DuPont to Mr. Olympia

And let’s not forget Juanita Hall – about as “Asian American” as Sidney Poitier – who has one of the leading roles in the musical, getting to belt out a dreadful song titled “Chop Suey.” This, three years after playing the “Bali Ha’i”-singing (with Muriel Smith’s voice) Southeast Asian Bloody Mary in Joshua Logan’s big-screen blockbuster South Pacific.

But then again, it seems to be a fact that there aren’t any white actors made up to look East Asian in Flower Drum Song.

Something else: Nancy Kwan, described in the Library of Congress’ release as an “Asian-American,” was actually born in Hong Kong to British-Chinese parents.

And finally, it’s worth remembering that decades before the “groundbreaking” Flower Drum Song came out, Sessue Hayakawa and Tsuru Aoki were toplining dozens of silent movies. Hayakawa, in fact, was a bona fide Hollywood star, among whose vehicles were well-known titles such as O Mimi San, The Typhoon, and, perhaps most famous of all, Cecil B. DeMille’s The Cheat – which happens to be a past National Film Registry entry.

Now in its twentieth year, the National Film Registry includes a total of 500 shorts and features. Sounds like a whole lot, no?

Well, to put things in perspective: in a single year in the 1920s, they produced hundreds of features – up to 700–800, according to some reports.

There’s an ocean of film (i.e., cultural) deterioration out there that the National Film Registry does next to nothing to prevent from continuing.

And really, how endangered are studio-owned, DVD/cable-available releases such as Deliverance, Sergeant York, Flower Drum Song, and The Terminator?

Meanwhile, lesser-known cultural gems either lie unseen or are rotting away as you read this.

Initially, this National Film Registry post included the following statement: “Only films made between 1910–1989 are eligible to be added to the Registry (tough luck for those D.W. Griffith, Edwin S. Porter, Mary Pickford, or Florence Lawrence shorts made in the first decade of the 20th century).”

The above paragraph was removed because the pre-1910/post-1989 limitation was the result of a misreading of the Library of Congress’ press release. 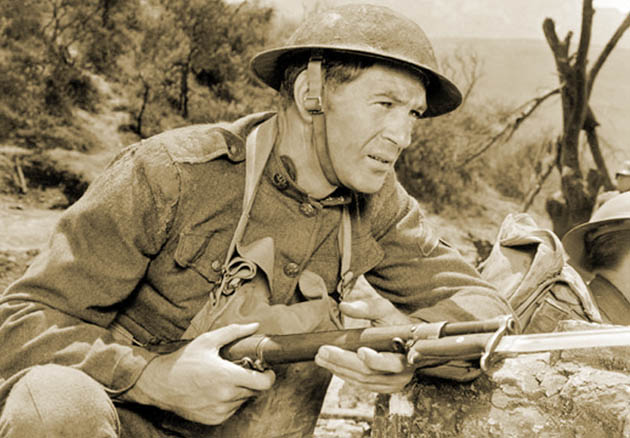 The film information below is an abridged version of the info found in the National Film Registry’s press release.

The Asphalt Jungle (1950). John Huston’s brilliant crime drama contains the recipe for a meticulously planned robbery, but the cast of criminal characters features one too many bad apples.

Deliverance (1972). Four Atlanta professionals (Burt Reynolds, Ned Beatty, Ronny Cox, and Jon Voight) head for a weekend canoe trip – and instead meet up with two of the more memorable villains in film history (Billy McKinney and Herbert Coward) in this gripping Appalachian Heart of Darkness.

Disneyland Dream (1956). The Barstow family films a memorable home movie of their trip to Disneyland.

A Face in the Crowd (1957). Before Andy Griffith became a television legend playing a likable small-town sheriff, he portrayed a completely different type of celebrity in this dark look at the way sudden fame and power can corrupt.

Foolish Wives (1922). Director Erich von Stroheim’s third feature, staged with costly and elaborate sets of Monte Carlo, tells the story of a criminal who passes himself off as a Russian count in order to seduce women of society and steal their money.

Free Radicals (1979). For his four-minute work Free Radicals (begun in 1958 and completed in 1979), [Len Lye] made scratches directly into the film stock. These scratches became “figures of motion” that appear in the finished film as horizontal and vertical lines and shapes dancing to the music of the Bagirmi tribe in Africa.

Hallelujah (1929). Around themes of religion, sensuality and family stability, [King Vidor] molded a tale of a cotton sharecropper that begins with him losing his year’s earnings, his brother and his freedom and follows him through the temptations of a dance hall girl (Nina Mae McKinney).

In Cold Blood (1967). With an unsparing neorealism, director Richard Brooks adapted [Truman Capote]’s novel, focusing on the motivations, backgrounds, and relationship of the killers, society’s failure to spot potential murderers, and their eventual execution on death row.

The Invisible Man (1933). In the film, after discovering a drug which provides the secret to invisibility, [Claude Rains] becomes an insane maniac and goes on a power-hungry murder spree.

Johnny Guitar (1954). Often described as the one of the stranger, kinkier Westerns of all time, Nicholas Ray’s film-noiresque Johnny Guitar possesses enough symbolism to keep a psychiatrist occupied for years and was a favorite film of French New Wave directors.

The Killers (1946). Director Robert Siodmak took the original Ernest Hemingway short story as the film’s opening point and developed it with an elaborate series of flashbacks, creating a classic example of film noir.

The March (1964). Examining the 1963 Civil Rights March on Washington from the ground-level and focusing on the idealistic passion, joy and synergy of the crowds, [James] Blue’s documentary lets us see the event take shape from the planning stage – with sound checks and worries about whether people will attend – to the arrival of enormous crowds on parades of trains and buses.

No Lies (1973). One of the first films to deal with the way rape victims are treated when they seek professional help for sexual assault, No Lies still possesses a searing resonance and has been widely viewed by nurses, therapists and police officers.

On the Bowery (1957). The film focuses on three of its alcoholic skid row denizens and their marginal existence amid the gin mills, missions and flop houses.

One Week (1920). One of [Buster Keaton]’s finest films and one of the greatest short comedies produced during the 1920s.

The Pawnbroker (1965). The Pawnbroker was the first Hollywood film to depict in a realistic, psychologically probing manner the trauma of a Holocaust survivor, a subject previously taboo because of the fear of poor box office or offending delicate sensitivities.

The Perils of Pauline (1914). Produced in 20 episodes … the series starred Pearl White as a young and wealthy heiress whose ingenuity, self-reliance and pluck enable her to regularly outwit a guardian intent on stealing her fortune.

Sergeant York (1941). Gary Cooper, in one of his favorite roles, … [as] Tennessee pacifist Sgt. Alvin York, who in an Argonne Forest World War I battle single-handedly captured over 130 German soldiers.

The 7th Voyage of Sinbad (1958). Special-effects master Ray Harryhausen provides the hero with fantastic antagonists, including a giant cyclops, fire-breathing dragons, and a sword-wielding animated skeleton, all in glorious Technicolor.

The Terminator (1984). The Terminator became one of the sleeper hits of 1984, blending an ingenious, thoughtful script – clearly influenced by the works of sci-fi legend Harlan Ellison – and relentless, non-stop action moved along by an outstanding synthesizer and early techno soundtrack.

Water and Power (1989). In this “city symphony,” [Pat O’Neill] juxtaposes images of downtown Los Angeles with scenes from the Owens Valley, Los Angeles’ source of water.

White Fawn’s Devotion (1910). Frequently in collaboration with his wife, actress Princess Red Wing (a.k.a.: Lillian St. Cyr), also of Winnebago ancestry, [James Young Deer] is believed to have written and directed more than 100 movies for Pathé from 1910–1913.