Of demons and men: 25 movies added to the Library of Congress’ National Film Registry

In Dec. 2010, among the rarities and fast-decomposing movies added to the Library of Congress’ National Film Registry so they can be “preserved for future generations” etc. etc. are:

As we all know, the movies listed above can’t be watched anywhere on Earth and are in dire need of being preserved, restored, and made available once again.

Compounding matters, the companies that own them – Time Warner, News Corp., Viacom – lack the necessary funds to preserve them, restore them, etc. etc.

Enter librarian of Congress James H. Billington, who selected each of the films on this year’s list after receiving suggestions from the National Film Preservation Board and the public at large. According to one report, more than 2,100 movies were nominated in 2010.

Officially, films are added to the National Film Registry according to their “artistic, cultural and/or historical significance.” That often translates into avant-garde works, one- or two-minute shorts shot around the turn of the 20th century (just like any feature film, each counts as one individual addition to the Registry), films made by and/or about ethnic minorities in the United States, and films owned by some of the biggest conglomerates on the planet.

This year, it also helped to get your movie included in the National Film Registry if you died – and your death was widely publicized.

Silent film actress Dorothy Janis died this year as well, but her death was hardly mentioned anywhere. That’s too bad, for W.S. Van Dyke’s highly enjoyable (and socially/ethnically conscious) The Pagan (1929), starring Ramon Novarro, could use some restoration, as Turner Classic Movies’ print is out of synch.

Oh, well. With luck, The Pagan will be added to the National Film Registry after every Star Wars, Harry Potter, Transformers, and Twilight movie has been accounted for.

Or perhaps a miracle will happen – the appearance of an angel like Cary Grant in The Bishop’s Wife – leading the money-hungry powers-that-be at Time Warner to greenlight a restoration upgrade on its more battered titles. 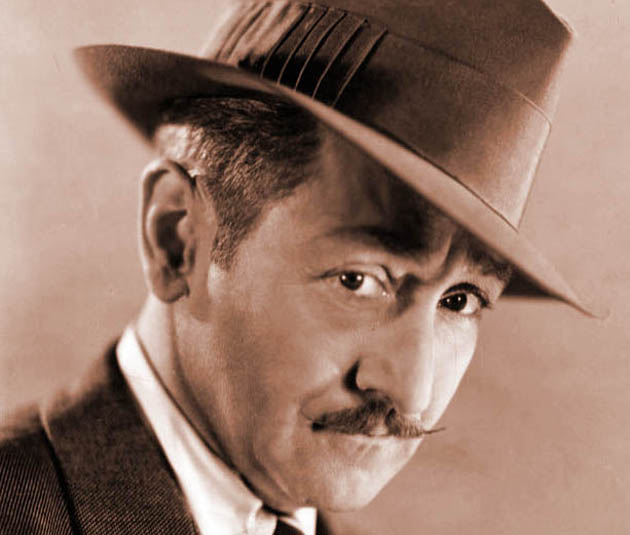 The Front Page with Adolphe Menjou: Will Howard Hughes-produced Best Picture Academy Award nominee get its much needed restoration now that it has been included in the National Film Registry?* Based on Ben Hecht and Charles MacArthur’s 1928 Broadway hit starring Osgood Perkins and Lee Tracy, the 1931 Lewis Milestone-directed comedy The Front Page stars Best Actor Academy Award nominee Adolphe Menjou as an unscrupulous newsroom editor who tricks his best reporter, Pat O’Brien, into postponing his wedding to Mary Brian so as to cover a major story for their newspaper.

Other titles included in the National Film Registry list are:

Curiously, the William S. Hart silent Western The Bargain (1914) was also added to the National Film Registry. But why “curiously”?

Well, unlike the vast majority of, for instance, Norma Talmadge, John Gilbert, Corinne Griffith, Richard Barthelmess, Tom Mix, or Pola Negri silents – or William S. Hart silents, for that matter – The Bargain is readily available on DVD for $11.99.

But then again, these National Film Registry lists are ultimately little more than historical curiosities – i.e., what (some) people at the beginning of the 21st century find culturally and/or historically significant. And worthy of media attention.

Really, how many people believe that The Exorcist, The Empire Strikes Back, All the President’s Men, and Saturday Night Fever are at risk of decomposing and/or becoming unavailable for future generations? Make Way for Tomorrow and, however faded, The Front Page can be watched on cable TV, while even Lonesome is screened regularly (though it doesn’t seem to be available on DVD in the U.S.).

Meanwhile, hundreds of long-forgotten titles lie unseen – many of these in the vaults of the Library of Congress itself – waiting to be salvaged. Films you can’t watch anywhere.

Since they’re worth shit to the studios that produced them in decades past – especially those made during the silent era – and don’t have any sort of influential cinematic godfather or godmother to have them included on the National Film Registry list, there’s no last-minute movie rescue in sight.

For the record, here are the key cast members of the five movies mentioned at the beginning of this article.

I’m so thankful that at least Criterion has done a digital restoration of “McCabe,” one of my favorite Altman films. Horrifying to think that so many films are in danger. $$, always the bottom line, sadly.