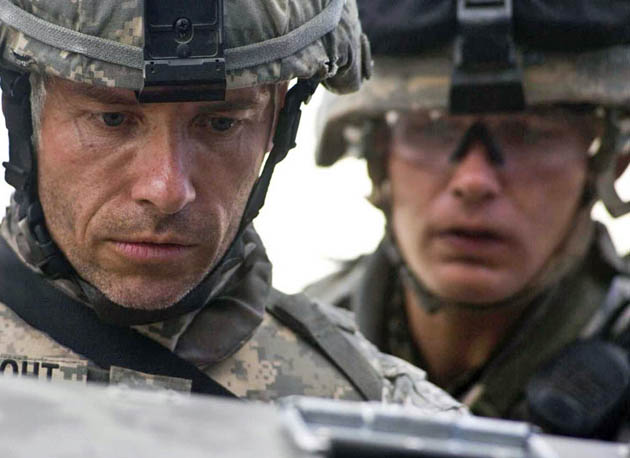 As announced on Dec. 14, Kathryn Bigelow’s Iraq War thriller The Hurt Locker has been chosen as the New York Film Critics Circle’s Best Picture of 2009.

A chronicle of the life-and-death dangers facing a U.S. bomb squad unit, the Summit Entertainment box office disappointment had previously been selected as the year’s top film by both the Los Angeles Film Critics Association and the Boston Society of Film Critics.

So, following its three Best Picture wins, is The Hurt Locker a front runner for the Best Picture Academy Award? Not necessarily – unless it wins the Screen Actors Guild’s Best Cast award early next year. For now, both Jason Reitman’s Up in the Air and Lee Daniels’ Precious remain serious competitors. And by February, James Cameron’s blockbuster-to-be Avatar may have become a favorite as well.

It’s curious to remember that a year ago The Hurt Locker didn’t even get a Best Picture Spirit Award nomination. Back then, long before Bigelow’s film became a trendy fave, it was shortlisted in only two categories: Best Actor (Jeremy Renner) and Best Supporting Actor (Anthony Mackie).

A year from now, if it gets nominated overseas, The Hurt Locker will probably be met with considerably less enthusiasm as well – as was the case with the 2008 sensation Slumdog Millionaire at the 2009 European Film Awards held this past weekend.

Besides Renner and Mackie, The Hurt Locker features the following:

A few words about Summer Hours / L’heure d’été: now that is has been named the New York Film Critics’ Best Foreign Language Film, Olivier Assayas’ French family drama can no longer be considered an “offbeat” choice. Like The Hurt Locker, Summer Hours was also the top pick of both the Los Angeles and Boston film critics. So, in case Assayas’ film turns out to be the top pick in Boise as well, that’s going to be “expected.”

Although there is still quite a bit of room for surprises, the acting categories have four clear favorites this awards season following the New York Film Critics’ announcements:

All four actors have won awards elsewhere, including:

Further below, check out the Southeastern Film Critics Association winners – a near-identical match to what went on in the acting categories in New York.

Their offbeat selections were left for less-publicized categories such as:

Missing in action from the New York Film Critics’ list of winners:

The Lovely Bones. Star Trek. District 9. The Blind Side. Everybody’s Fine. The Last Station. The Maid.

Three out of four Oscar nominees in acting categories

Both Penn and Cruz won in their respective categories.

The – quite unusual – odd woman out was Happy-Go-Lucky actress Sally Hawkins, who was also the Los Angeles Film Critics’ one Oscar-unlucky performer.

Four of the New York Film Critics winners that failed to land a Best Picture nomination did at least get a Best Director Oscar nod. Mike Leigh’s Topsy-Turvy (1999) and Todd Haynes’ Far from Heaven (2002) were the two left out, though both garnered Oscar recognition in other categories.

The 75th New York Film Critics Awards ceremony will be held on Jan. 14.

And just in case you were wondering who the very first winners were three-quarters of a century ago – back in 1935, to be exact – here they are:

Below is the full list of this year’s New York Film Critics winners.

Best Non-Fiction Film: Of Time and the City.

Director Jason Reitman’s Up in the Air, the tale of a corporate-downsizing expert and frequent flyer (George Clooney) who begins to question both his ethics and his life’s purpose, was the Best Film of 2009 according to the Southeastern Film Critics Association.

Their Best Director, however, was critics’ favorite Kathryn Bigelow for the Iraq War thriller The Hurt Locker.

The Southeastern Film Critics’ Best Foreign Language Film was Olivier Assayas’ Summer Hours. The little-seen (in the U.S.) French drama didn’t seem to be getting any awards season buzz at all until it became the Los Angeles, Boston, and New York Film Critics choice.

In the acting categories, the winners were the same as those in New York: Meryl Streep, George Clooney, Christoph Waltz, Mo’Nique. The one cosmetic difference is that Clooney was named Best Actor only for Up in the Air.

And finally, screenwriter-director Scott Teem’s That Evening Sun, starring Best Supporting Actor Oscar nominee Hal Holbrook (Into the Wild, 2007), has at last won an award from a critics’ group: the Southeastern Film Critics’ Wyatt Award for a film “that captures the spirit of the South.” The runner-up was Ramin Bahrani’s Goodbye Solo.

See below the list of the 2009 Southeastern Film Critics winners.

Best Picture: Up in the Air. 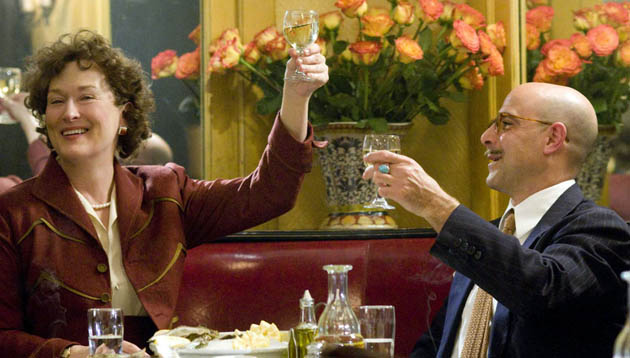 James Cameron’s soon-to-be blockbuster (how big a blockbuster remains to be seen) Avatar followed closed behind with nine nods.

Two U.S. critics’ fave, Kathryn Bigelow’s The Hurt Locker and Jason Reitman’s Up in the Air, came next with eight nominations apiece.

All of them are up for Best Picture.

It should be noted that the Broadcast Film Critics have expanded their number of categories from 17 to 25, with six nominations per category except Best Picture, which offers ten slots.

There were no major surprises in terms of who got shortlisted in the acting, directing, or screenwriting categories, with big names dominating the lists:

A couple of minor surprises were the inclusion of Jeremy Renner in the Best Actor category for The Hurt Locker and Christian McKay as Best Supporting Actor for Richard Linklater’s box office disappointment Me and Orson Welles.

Even Michael Jackson got a nomination of sorts: This Is It is up for the Best Documentary award. And so is Michael Moore’s Capitalism: A Love Story.

Like the Hollywood Foreign Press Association, the Broadcast Film Critics have a television show to push. You can’t expect, say, Yolande Moreau (Séraphine) or Hiam Abbass (Lemon Tree) or Catalina Saavedra (The Maid) getting Best Actress nominations because these three names mean nothing to the vast majority of people who watch these types of awards shows.

In fact, they probably mean nothing to the vast majority of Broadcast Film Critics as well.

Kristin Chenoweth is set to host the 2010 Critics’ Choice Awards ceremony on Jan. 15. In the U.S., the show will be televised on VH1.

Mo’Nique delivered one of the strongest performances of the year. Brutality and vulnerablilty in the same role - amazing.

i love the Streep, but Carey Mulligan does give the most impressive debut in years. Her performance is similar to Julie Christie in “Darling”.

Hooray for Meryl Streep!!!!! She was just wonderful as Julia Child.