Kevin Jonas, Joe Jonas, and Nick Jonas are pictured above as they arrive at Nickelodeon’s 23rd Annual Kids’ Choice Awards, held at UCLA’s Pauley Pavilion on March 27 in the Los Angeles suburb of Westwood.

In 2009, Kevin, Joe, and Nick Jonas toplined Bruce Hendricks’ Jonas Brothers: The 3D Concert Experience. The concert documentary was neither a box office nor a critical hit. 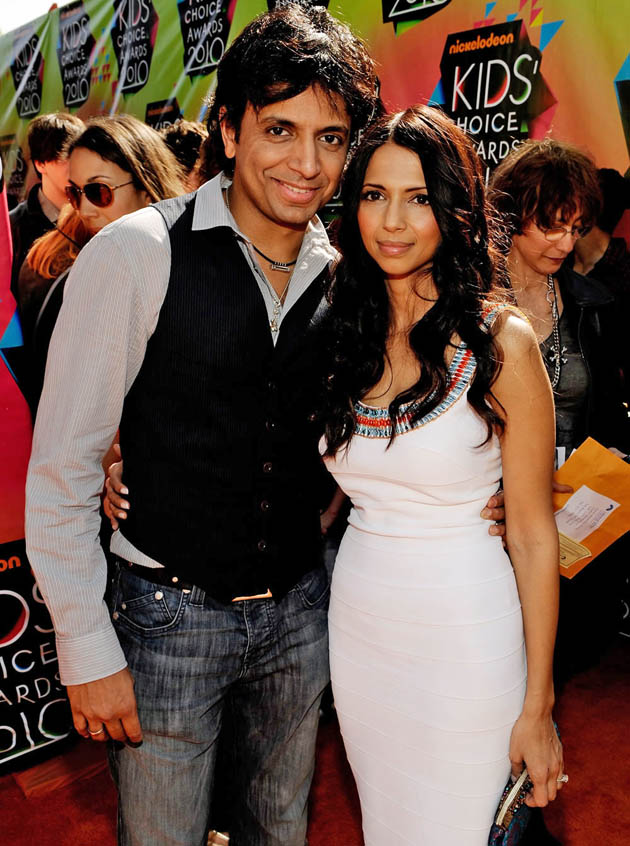 M. Night Shyamalan and wife Bhavna Vaswani are seen above arriving at the Kids’ Choice Awards. Shyamalan is the director of The Sixth Sense (1999), a psychological horror drama that earned him a Best Director Academy Award nomination, and Signs (2002), about aliens nearly wiping out the Earth, which results in Mel Gibson rediscovering his faith in (the Christian) God.

The Sixth Sense stars Bruce Willis, Haley Joel Osment, and Toni Collette. Both Osment and Collette were nominated for Academy Awards in the supporting categories; they lost to, respectively, Michael Caine for Lasse Hallström’s The Cider House Rules and Angelina Jolie for James Mangold’s Girl Interrupted.

M. Night Shyamalan has yet to make a movie starring Nick Jonas and/or any of the Jonas Brothers. But there’s always hope. 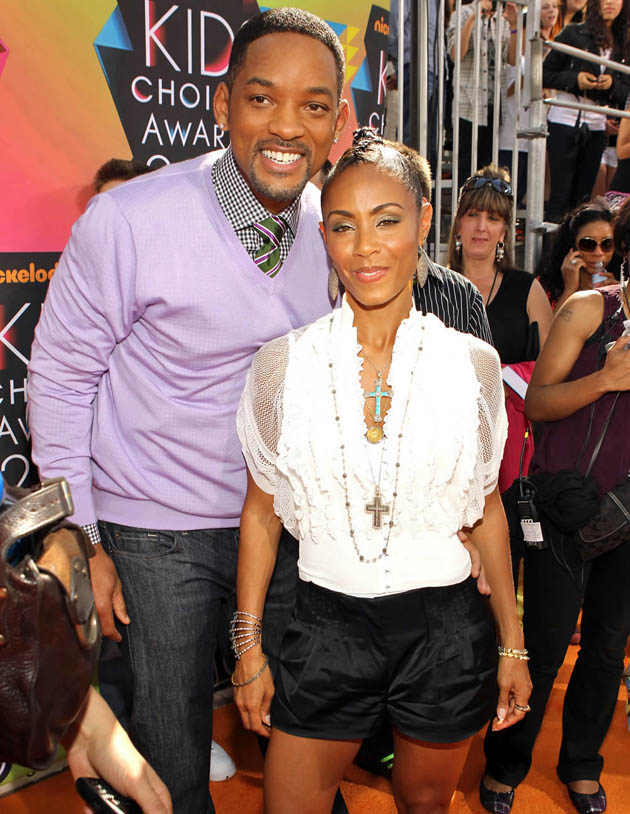 Veteran actor Will Smith (Six Degrees of Separation, Independence Day) and wife Jada Pinkett Smith (who had a supporting role in Diane English’s The Women 2008 remake) are seen above at the Kids’ Choice Awards in Westwood.

In movies since 1991 (Where the Day Takes You), Will Smith has been nominated for two Best Actor Academy Awards:

Besides, in the early 1990s Will Smith was a popular television actor thanks to the lowbrow sitcom The Fresh Prince of Bel Air.

Will Smith and wife Jada Pinkett Smith have never worked on a film project with either Nick Jonas or his fellow Jonas Brothers Kevin and Joe. Or with M. Night Shyamalan.

June 2016 update: M. Night Shyamalan and Will Smith would make a big-budget movie together, the 2013 sci-fier After Earth, a critical and domestic box office bomb costarring Jaden Smith and on which Jada Pinkett Smith was a producer. 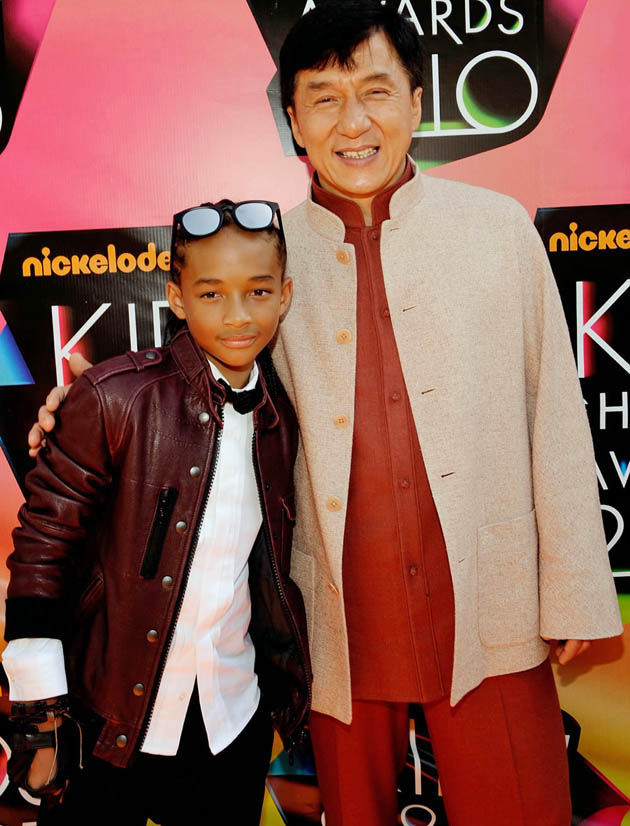 Jaden Smith and Jackie Chan are seen above at this year’s Kids’ Choice Awards, where, by their very presence, they plugged the upcoming The Karate Kid 2010 – a reboot of the 1984 sleeper hit starring Ralph Macchio and Pat Morita. John G. Avildsen directed the original; Harald Zwart handled the remake. (Update: The Karate Kid has turned out to be a major sleeper hit.)

As Jaden Smith’s parents, Will Smith and Jada Pinkett Smith, were also in attendance, more free publicity was generated for their son’s upcoming star vehicle. The Smith couple were two of The Karate Kid producers.

In case you’re wondering, Jackie Chan has yet to star in a movie also featuring Nick Jonas and/or his Jonas Brothers – or Will Smith and/or wife Jada Pinkett Smith. Chan has never been directed by M. Night Shyamalan either. 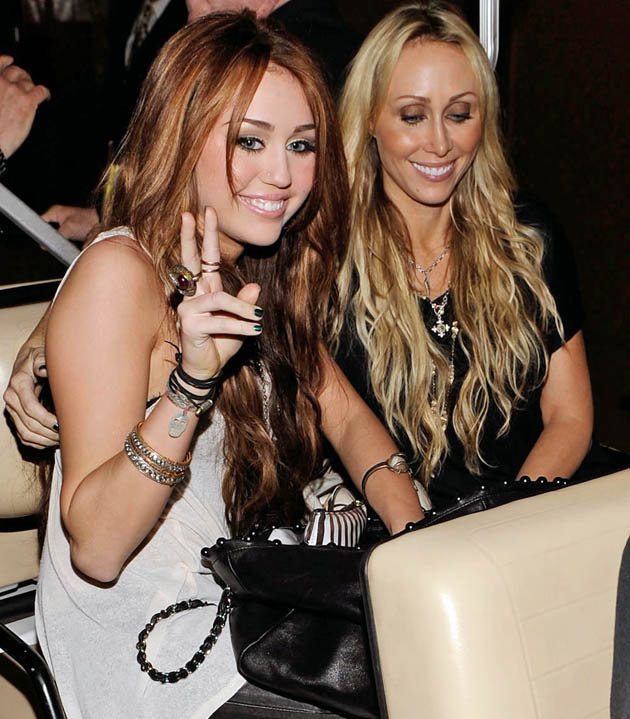 Currently, Miley Cyrus can be seen on the big screen in Julie Anne Robinson’s The Last Song, which opened this past week. Based on a novel by Nicholas Sparks, who co-wrote the screenplay with Jeff Van Wie, the story revolves around a father (Greg Kinnear) and daughter (Miley Cyrus) who learn to reconnect. Liam Hemsworth also gets to do some connecting and reconnecting with the young heroine.

Miley Cyrus has been featured in only a trio of movies, none of which also featuring Nick Jonas or any of the other two Jonas Brothers. Cyrus, however, did get to play opposite Jason Earles, Mitchel Musso, Moises Arias, and Lucas Till in Hannah Montana: The Movie. 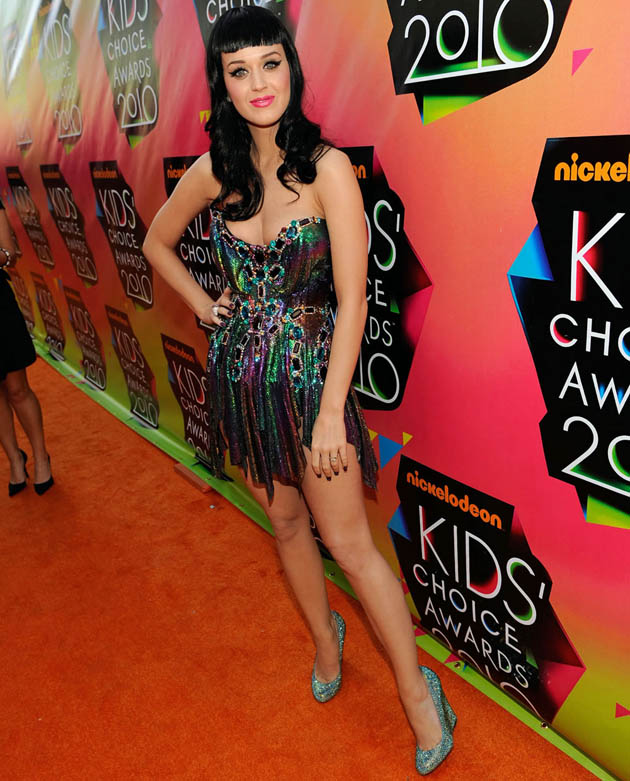 Needless to say, she has never been directed by M. Night Shyamalan either, though she would have been an interesting casting choice in Haley Joel Osment’s The Sixth Sense role.

jaden your movie really inspired me.and i wish i could be black but im mixed.
me and my cousin shaterrica (which is black)luv’s u soooooooooooooo much.
can u please come meat us in jena our address is …
we luvvvvvvv u jaden and when u go back on facebook see what my note says

For Better or Worst! Those are the VOWS the two of you made together in front of your witness’ and B4 GOD> Jeremiah 44:25 (Whole Chapter)
Thus saith the LORD of hosts, the God of Israel, saying; Ye and your wives have both spoken with your mouths, and fulfilled with your hand, saying, We will surely perform our vows that we have vowed, to burn incense to the queen of heaven, and to pour out drink offerings unto her: ye will surely accomplish your vows, and surely perform your vows. Its better NOT to make a VOW to GOD, than to make it and break it.
I’m praying for your union. Please make GOD the center again!
I love y’all
Charlotta

Hang in there Will and Jada…. You two have built up too much together along with your children, and God has been good to you. Maybe things are happening because its time for change in your lives, like God wanting to take your whole family to a new level of awareness in him. God is a way of life, not a way of the church 4 wall church, so do your own personal soul searching from deep within yourselves, then come together as one. But don’t split up and divorce, that’s too easy and too common these days. Be different from everybody else, and remember things don’t change over night. All you must do is have a desire in your hearts, have the faith of a mustard seed, take your eyes and ears off the world and focus them solely on God, and tell the world to kiss your ass, because the word of God says nobody’s perfect. For what does it profit a man to gain the whole world and lose his soul. I’m rooting for the unity of your whole family to be the example that God is calling for. You have a beautiful family, and it is worth fighting for, don’t give up the fight. The race is not given to to the swift, neither is it given to to the strong, but it is given to the ones who endure to the end. You guys have all my blessings and my support. I may not be rich in material things, but my father is rich and he owns cattles on the thousand hills, and he never lost a battle, so hold your heads up high and continue to be the beauty that God created and designed you to be. Amen

I’m just a mom and grandmom who happens to think you are a beautifull young couple. You know every couple I’ve ever known has had problems of one sort or another in their lifes together. The big difference is that we haven’t had the whole world watching and makeing stupid coments. I truley hope you guys are able to close your eyes and ears to all outsiders. I know you’ve got what it takes to work things out at home with your loved ones. God bless you and your family. Hang in there. Your friend MamaGail

can i have nick jonas email plaes
and thank u all