Andre Soares 13 years ago
Sidney Poitier, Richard Widmark in No Way Out

Ruby Dee will be the special guest at a screening of No Way Out (1950), part of the Academy of Motion Picture Arts and Sciences’ “Monday Nights with Oscar” series on September 21 at 7 p.m. at the Academy Theater in New York City.

Film historian and scholar Foster Hirsch will host this celebration of the centennial of director Joseph L. Mankiewicz’s birth and the recent gift of Mankiewicz’ papers to the Academy’s Margaret Herrick Library.

In the socially conscious No Way Out, Richard Widmark plays a racist patient – and petty criminal – who, following his brother’s death, becomes intent on destroying the life of medical resident Sidney Poitier. Written by Mankiewicz and Lesser Samuels, one of the Academy Award-nominated screenplay’s elements of suspense is: will doctor Poitier (in his film debut) say “To hell with the Hippocratic Oath” and strangle his mad racist patient? If only… 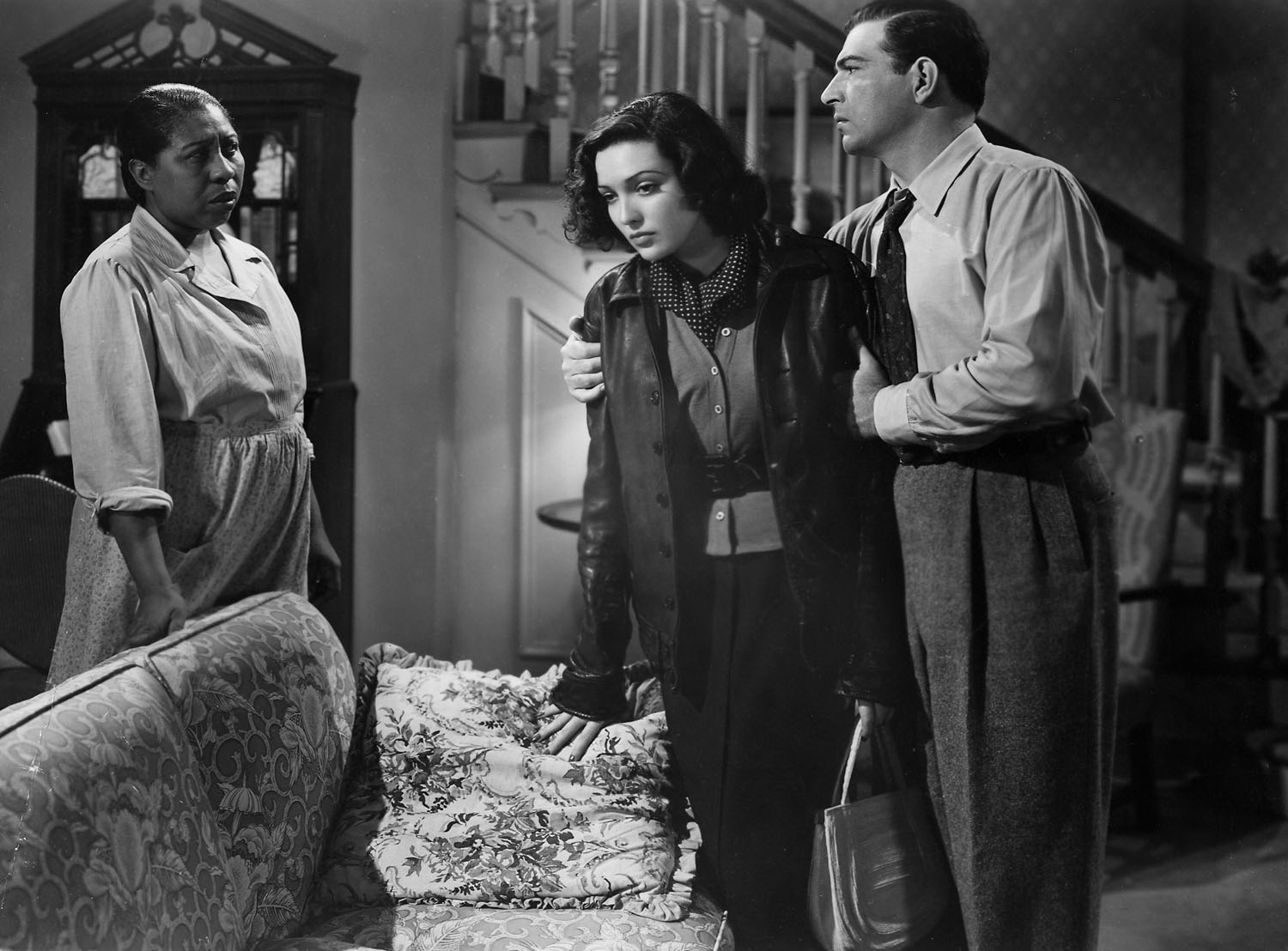 Ruby Dee, last year’s winner of the best supporting actress SAG Award for American Gangster, plays a member of the doctor’s family, while gorgeous Linda Darnell (above, being helped by Stephen McNally), as Widmark’s sister-in-law and recent widow, is the best element in this well-intentioned but more than a little contrived movie.

According to Kenneth L. Geist in his Mankiewicz biography People Will Talk, “Despite a sensational ad campaign and generally excellent reviews from the New York critics, [No Way Out] received limited exhibition, after protests were lodged by censorship boards in several states, and negligible public interest.”

(“While No Way Out does not probe causes deeply or offer any prescription for a world of better understanding, reads the New York Times review, “it drives home what it has to say in forceful cinematic fashion which alternately shocked an early-morning audience into stunned silence and inspired frequent applause.” The Times film critic later ads, “Some people may, like this reviewer, wish that the men who made this picture had tackled the subject with less melodramatic flair.”) 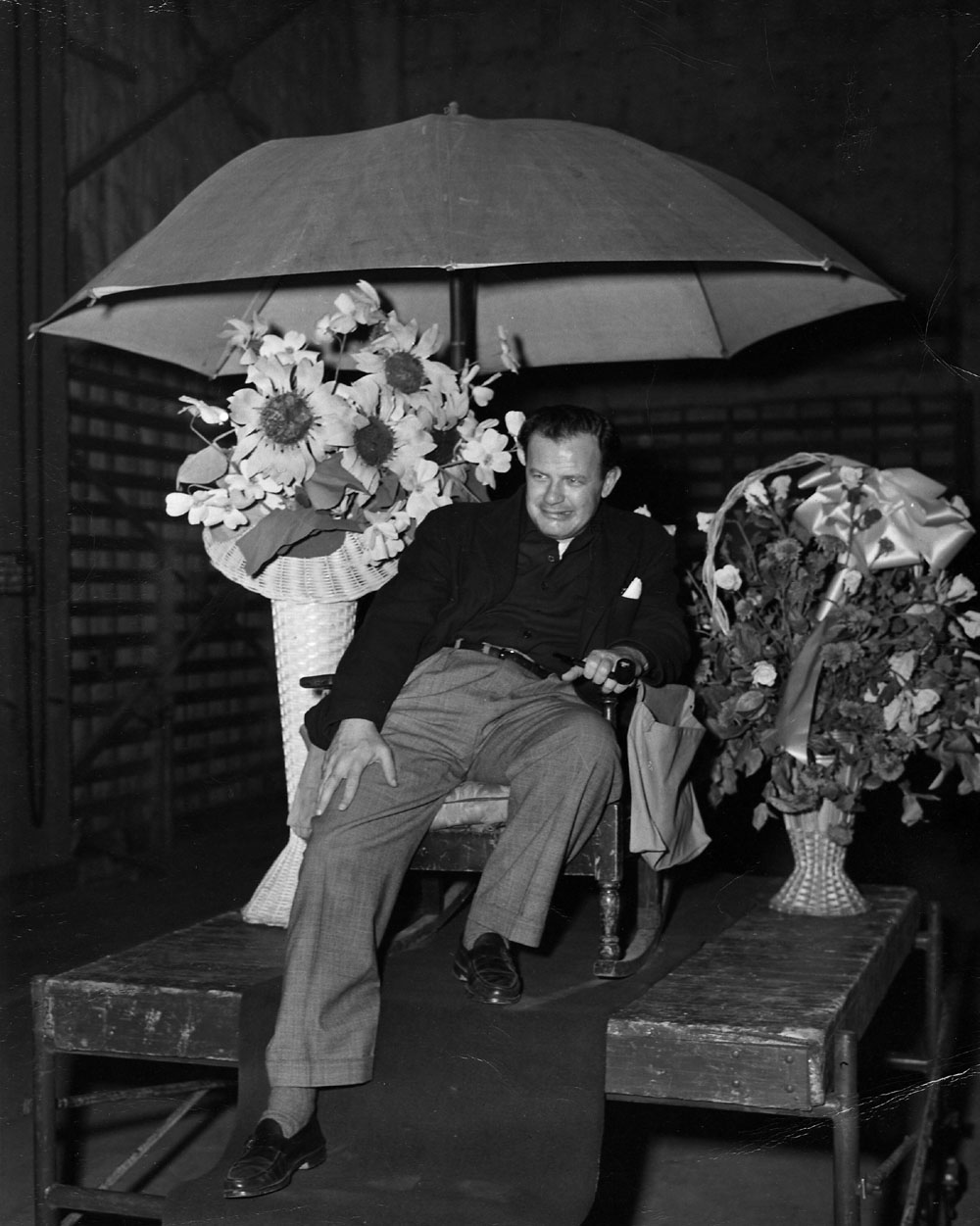 Joseph L. Mankiewicz (above, 1909–1993) earned nine Academy Award nominations over his four-and-a-half decade career and won Oscars for both the screenplay and direction of A Letter to Three Wives (1949) and All About Eve (1950).

Tickets for No Way Out are $5 for the general public and $3 for Academy members and students with a valid ID. The Academy Theater is located at 111 East 59th Street in New York City. Doors open one hour prior to the feature. All seating is unreserved. For more information, visit www.oscars.org or call (212) 821-9251. 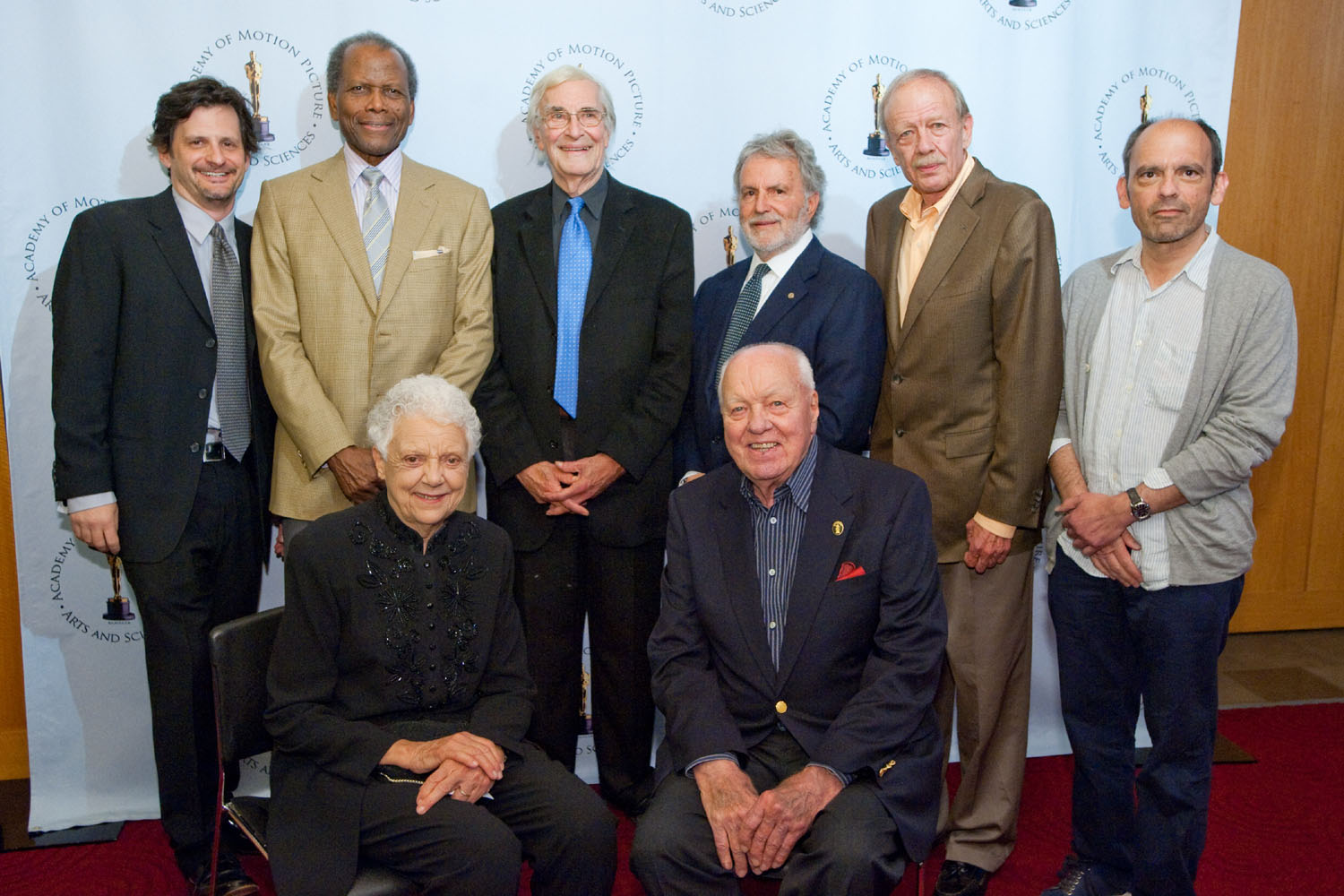 June 15 update: The Academy of Motion Picture Arts and Sciences presented “An Academy Centennial Salute to Joseph L. Mankiewicz,” on Thursday, May 21, 2009, at the Academy’s headquarters in Beverly Hills.

Pictured above at the reception for the event from left to right: 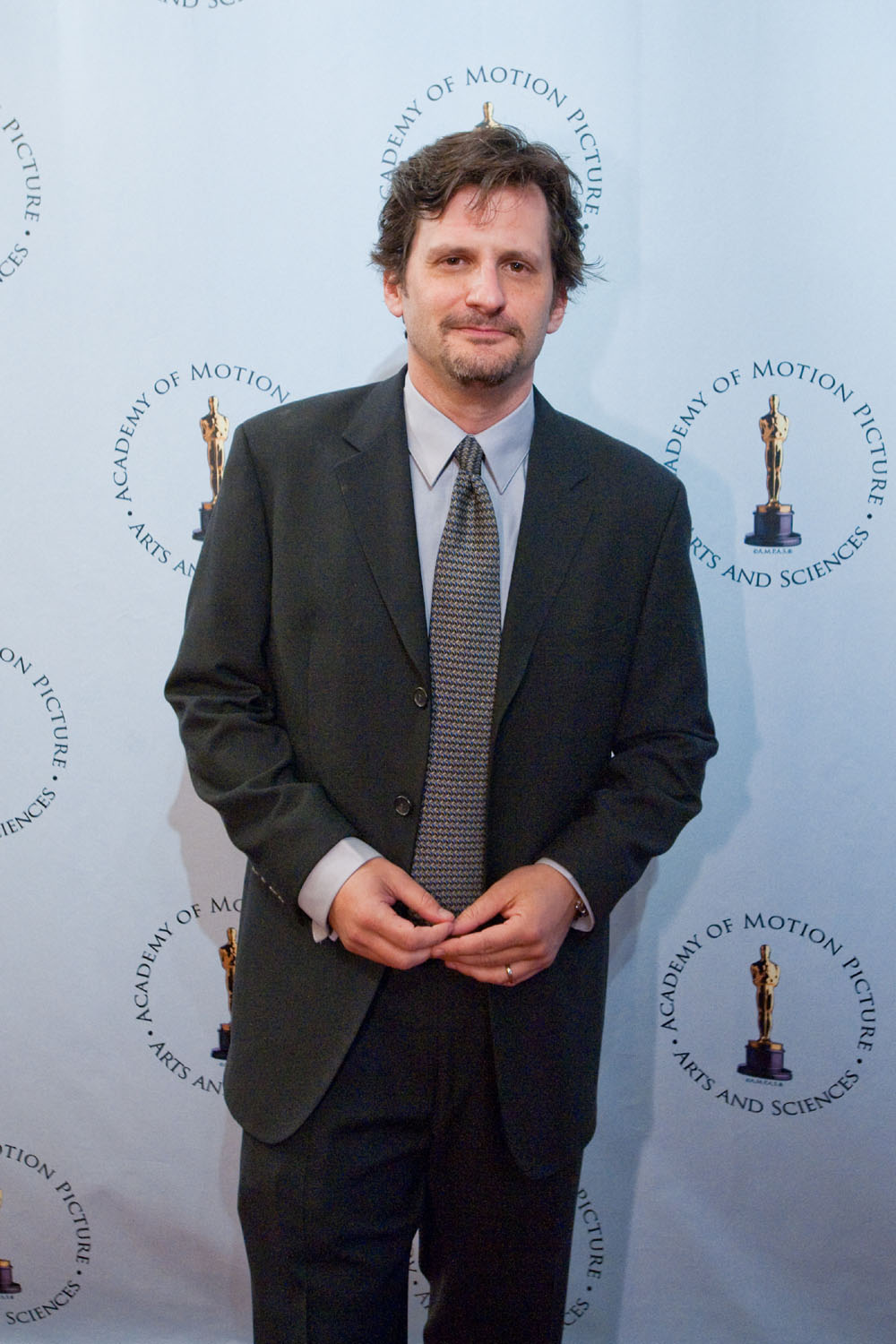 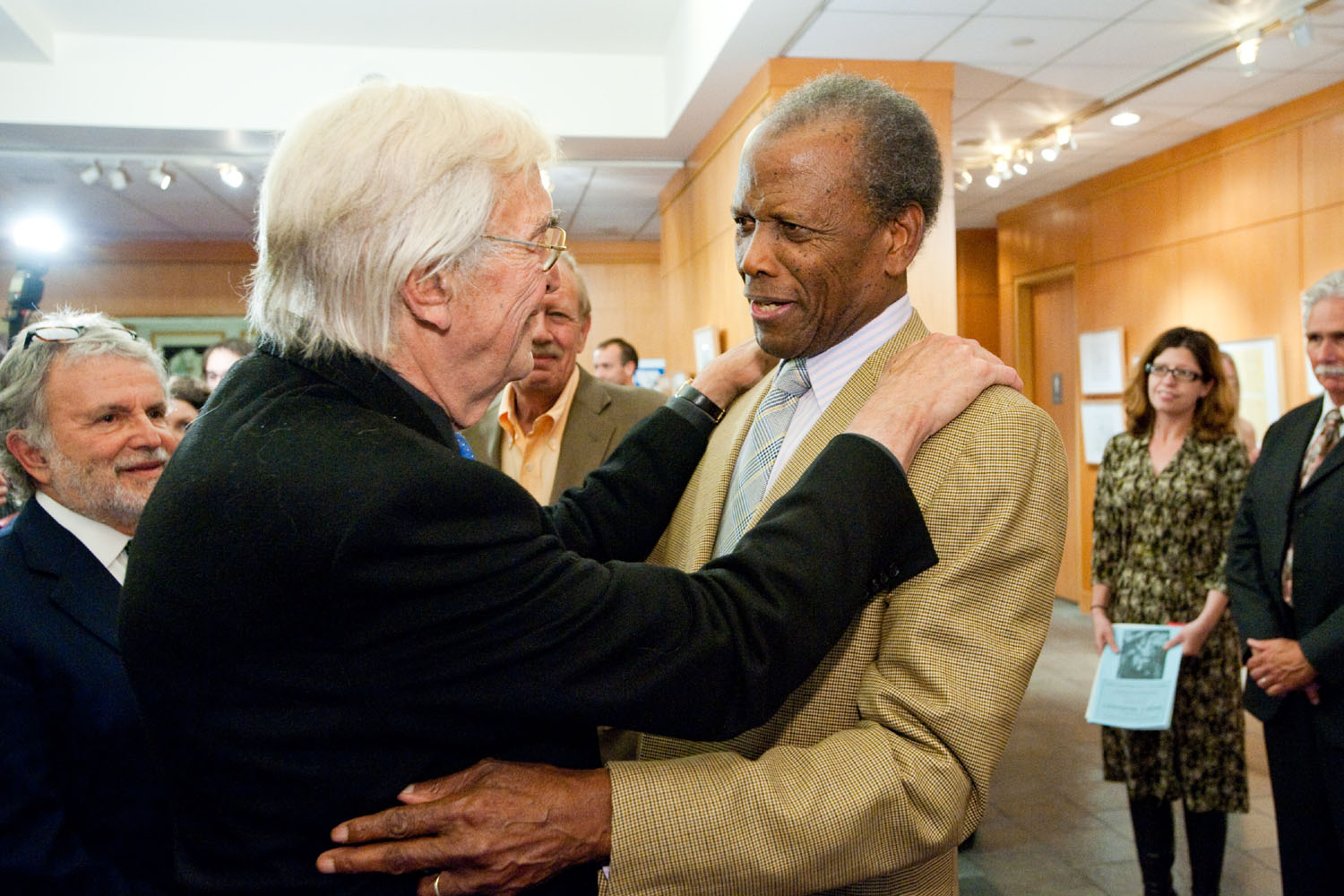 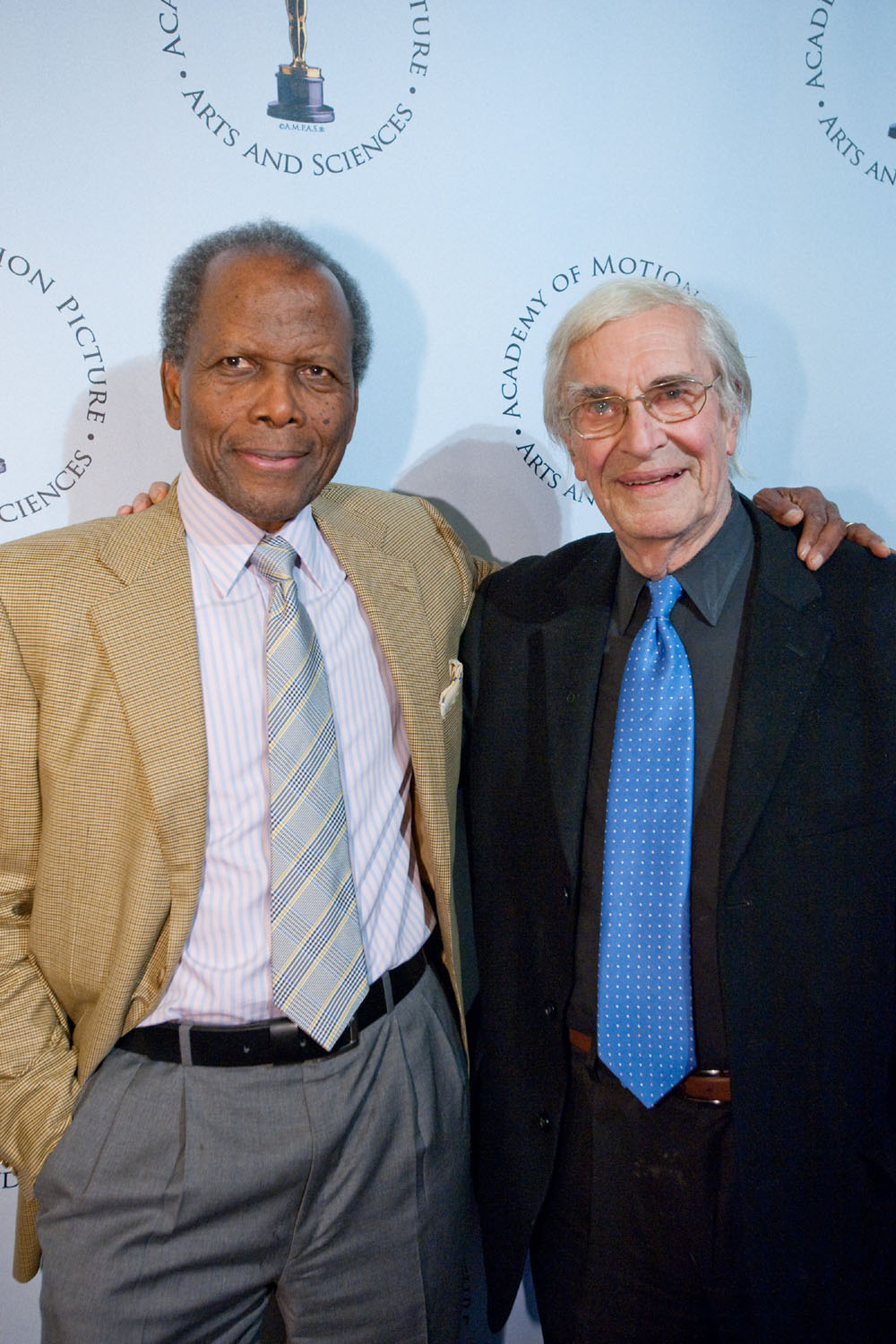