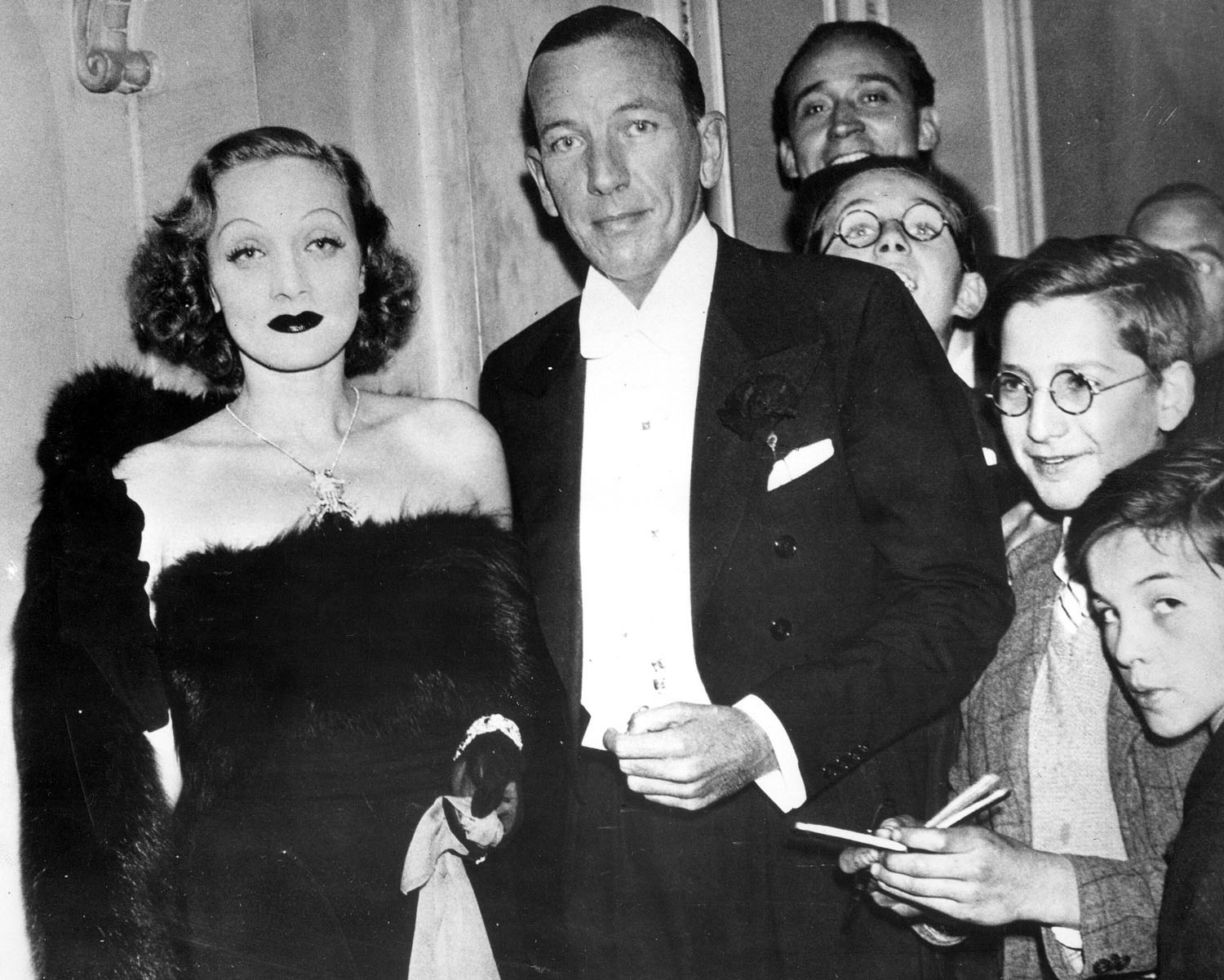 Noel Coward with Elizabeth Taylor on the set of Boom! (top); with Marlene Dietrich, 1937 (bottom)

Noel Coward – playwright, composer, director, actor, (purported) spy, nationalist, propagandist, semi-closeted gay guy – is the subject of an exhibition currently being held at the Academy of Motion Picture Arts and Sciences, “Star Quality: The World of Noel Coward,” which runs until Sunday, April 18 ’10 in the Academy’s Fourth Floor Gallery in Beverly Hills. Admission is free.

The son of a piano salesman, Coward became the embodiment of the affected, stiff-upper-lip, upper-class Englishman. Among his stage classics are Hay Fever, Private Lives, Cavalcade, Design for Living, Blithe Spirit, and the operetta Bitter Sweet. His compositions include “I’ll See You Again,” “Mad About the Boy” and “Mad Dogs and Englishmen.”

Coward also co-directed with David Lean the Academy Award nominated British war melodrama In Which We Serve (1942), in which Coward himself does his utmost for His Country as Celia Johnson’s naval captain husband – a bad, bad case of flag-waving miscasting if there ever was one. Even so, it was all for The Cause; since the film was ineligible that year for the regular Academy Awards, Coward was given an Honorary Oscar in early 1943. (The very much dated In Which We Serve received nominations for Best Picture and Best Original Screenplay the following year.)

As a film actor, Coward made (mostly supporting) appearances in a variety of films, from the artsy – and all but unwatchable The Scoundrel (1935) – to the comedy caper The Italian Job (1969). Private Lives, Cavalcade, Bitter Sweet, Blithe Spirit, and Still Life (as Brief Encounter) are a few of the Coward plays that were turned into movies – with varying degrees of success – often more than once.

According to the Academy’s press release, “Star Quality” is “the first exhibition to show the full extent of Coward’s talents as a director of plays and movies, a stage and film actor, songwriter, cabaret artist, wartime patriot, painter and patron of charitable causes.

“With unparalleled access to the Coward Archives, and drawing on public and private collections in Europe and the U.S. as well as the Academy’s Margaret Herrick Library, the exhibition brings together dozens of rare photographs, drawings, paintings, original manuscripts, letters, sheet music, posters, playbills, set and costume designs, personal memorabilia, audio and video clips, and original costumes, including several of the silk dressing gowns that became Coward’s trademark.

“Coward’s friendships with many of the 20th century’s leading artists and film personalities also are documented throughout the exhibition, as are his contributions to the film world through his on-screen appearances and the numerous film adaptations of his stage work.” 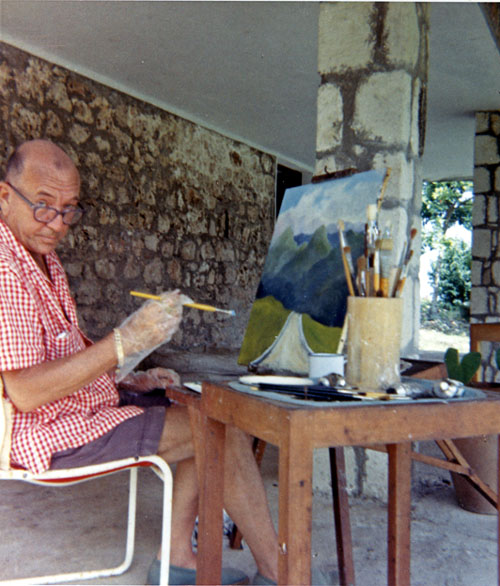 “Star Quality” is presented in association with the Noël Coward Foundation and the Museum of Performance & Design in San Francisco. The Academy’s installation has been guest curated by Brad Rosenstein and Rosy Runciman; the original exhibition was conceived and developed at Ten Chimneys by Erika Kent.