“Important international stars from the silent era of filmmaking are undeservedly forgotten today because of the unavailability of their motion pictures, which are often considered lost.”

Thus begins the press release for the seventh “Meet the Makers: Silent Film Accompanists” series, which will attempt to rectify that problem by screening five little-seen star vehicles of the 1910s and 1920s at the Donnell Library Center Auditorium of the New York Public Library at 2:30 pm each Wednesday in July (2, 9, 16, 23, and 30). Admission is free. (Note: Programs are subject to last-minute change or cancellation.) 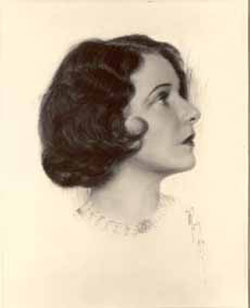 The star of those five “Meet the Makers” films – De Luxe Annie, The New Moon, Smilin’ Through, The Lady, and Ashes of Vengeance – is none other than pretty, soulful Norma Talmadge (Gilbert Roland is with her in the top photo), one of the biggest names of the silent era.

From the late 1910s to the dawn of talking films, Talmadge was the top romantic female star in the world. Whereas Mary Pickford and Colleen Moore excelled at playing pert young things in comedies and melodramas, Talmadge suffered in style in countless glossy (and sometimes not-so-glossy) productions such as The Branded Woman, Secrets, The Lady, and The Voice from the Minaret. Her husband from 1916 to 1934, producer Joseph M. Schenck, was one of the most powerful men in the business.

The Douris Company UK and the Library of Congress have recently restored the Talmadge films in the series, which have remained virtually unseen since their original release. Some of the films are included in the collection of the Donnell Media Center. The Center’s Joseph Yranski programmed the event.

This seventh “Meet the Makers” series is made possible with funding from the New York State Council on the Arts.

And make sure to check out Greta de Groat’s Norma Talmadge site.

The schedule and synopses are from the press release:

Based upon the play DE LUXE ANNIE (1918) by Edward Clark, the wife of a wealthy man develops amnesia after a blow to her head. Unwittingly, she becomes the partner with the band of crooks, who were attempting to rob her husband.

Ben Model has been a silent film pianist at the Museum of Modern Art for nearly a quarter of a century. He grew up watching silent films and learned his scoring craft from master film organist Lee Erwin. In 2006 he co-curated the two-month Roscoe ‘Fatty’ Arbuckle retrospective. Ben has accompanied films in Norway, and throughout the United States at festivals, museums and universities. His recorded scores can be heard on REEL BASEBALL, SLAPSTICK 2 and the recently released HOUDINI DVD sets. 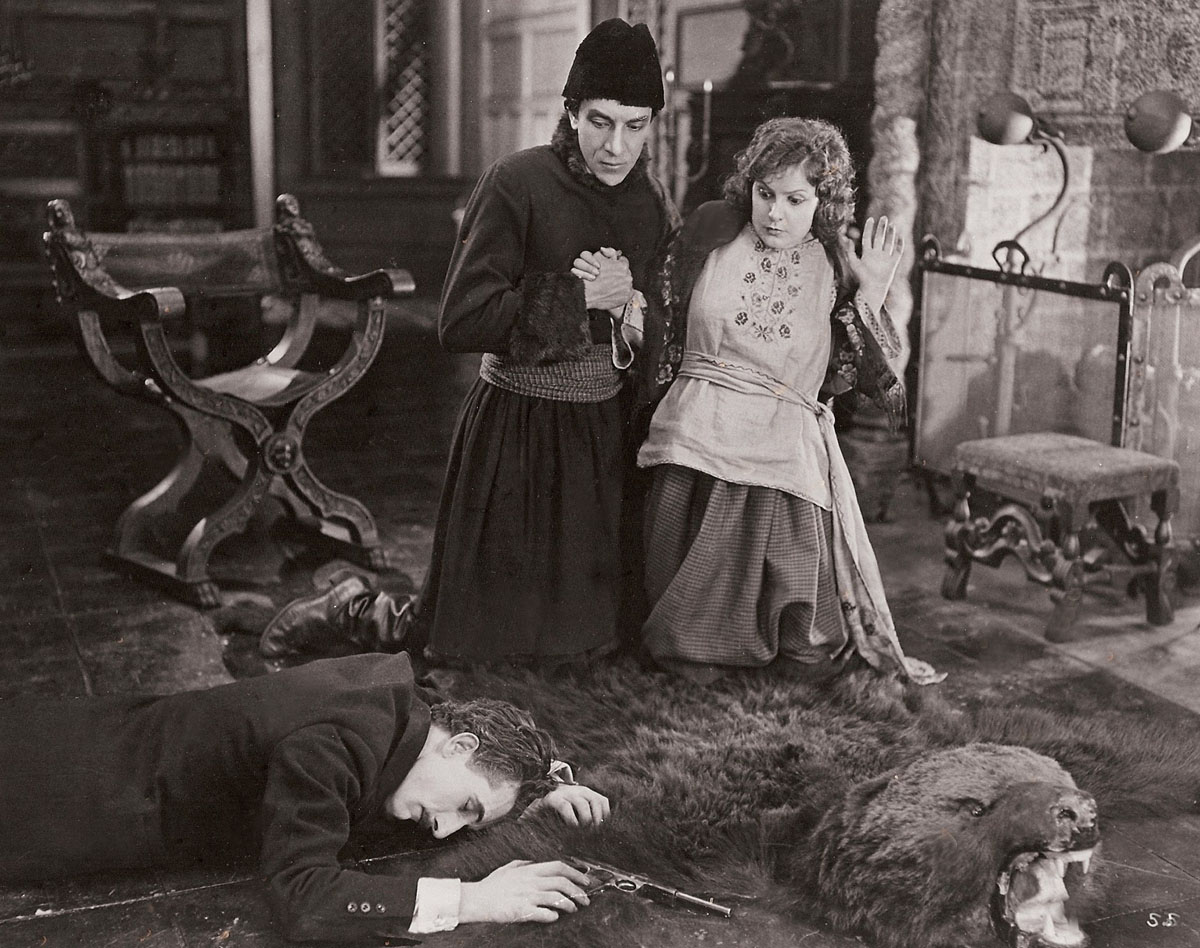 THE NEW MOON is an original story by H.H.Van Loan, about the then-recent Russian Revolution. At her engagement ball a Princess escapes the Bolsheviks. Then disguised as a shopkeeper she remains safe until a Lenin-like dictator, proclaims that all women between the ages of 17 and 32 must register as prostitutes of the state.

Sylvia Moscovitz is a Montreal resident and Company Pianist for Les Grandes Ballets Canadiens. It was here that she developed her strong appreciation for the link between music and movement. She has created scores for silent films at the Cinematheque Quebecoise, the Association of Moving Image Archivists and the Library of Congress Film Preservation tour. In addition she has composed music for Sesame Street and several National Film Board of Canada films. 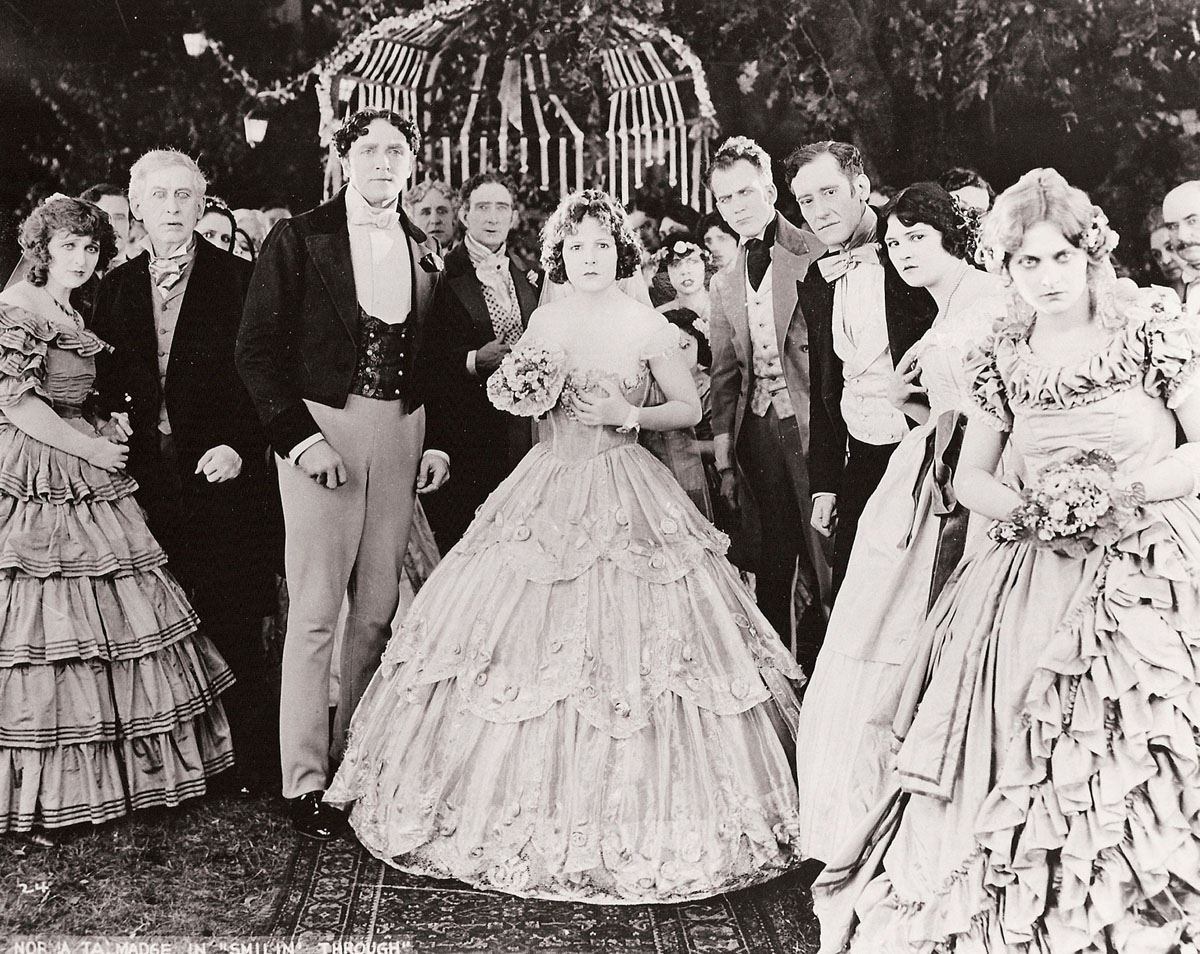 SMILIN’ THROUGH is the first of three filmic version of Allan Langdon Martin’s 1919 play. On her wedding day, a bride is inadvertently killed. Twenty years later the niece of the groom, learns to his horror that she has fallen in love with the son of the rejected suitor. The film was later remade twice under the same title in 1932 with Norma Shearer in the Norma Talmadge role and again in 1941 starring Jeanette MacDonald.

Philip Carli has accompanied silent films since his junior high school days, applying operatic principles and styles learned in libraries and pit orchestras around the world and from acoustical recordings that he collected while working on his doctoral research. He received his Doctorate in Silent Film Scoring from the Eastman School of Music. He is resident accompanist at the George Eastman House in Rochester, New York and the Giornate del Cinema Muto in Sacile, Italy and has toured extensively throughout North America and Europe.

ASHES OF VENGEANCE, A ROMANCE OF OLD FRANCE, is based upon the novel of H.B.Somerville (1914). Catherine de Medici launches an extermination of the French Huguenots, thereby setting off a reign of terror. A Protestant count’s life is spared, but he is made the indentured servant to his catholic enemy. At the castle, the servant falls in love with the sister of his political-religious rival.

Makia Matsumura is a New York City resident and a graduate of Tokyo National University of Fine Arts and Music, and the Julliard School of Music. Since the age of twelve she had performed her original music extensively in and outside of Japan. Makia has appeared in such divergent fields as soundtrack to concert music, pops or jazz to classical, electric to acoustic, music clubs to symphony halls. This winter she accompanied silent films at the Cinefest Film Festival.

THE LADY is based upon Martin Brown’s 1923 play of the same name. In Victorian London an English Music Hall singer falls in love and marries the feckless son of a nobleman. Disinherited by the father, the pair travels to Monte Carlo, where the wife is abandoned in favor of a new mistress. If any silent film with major nitrate damage can be considered lucky, it is THE LADY. For while a whole reel of the film has totally decomposed, it does not interrupt the plotline of the film. The film was later remade as THE SECRET OF MADAME BLANCHE (1933) with Irene Dunne in the Norma Talmadge role.

Bernie Anderson is a graduate of Montclair State University, and New York University Graduate Musical Theatre Writing Program. A recipient of American Society of Composers Authors and Publishers’ Frederick Lowe Award, Bernie has created the orchestrations for THE GIRL IN THE FRAME, which was presented last season at the Goodspeed Opera House. He has worked alongside orchestrator Douglas Besterman, and studies with the noted silent film accompanist Lee Erwin.

If you have never seen anything Marc McDermott was in, look for a snippet or a copy of the film. He was a talented actor that started in an acting troupe when he was 15 and acted his way from Australia to the United States.