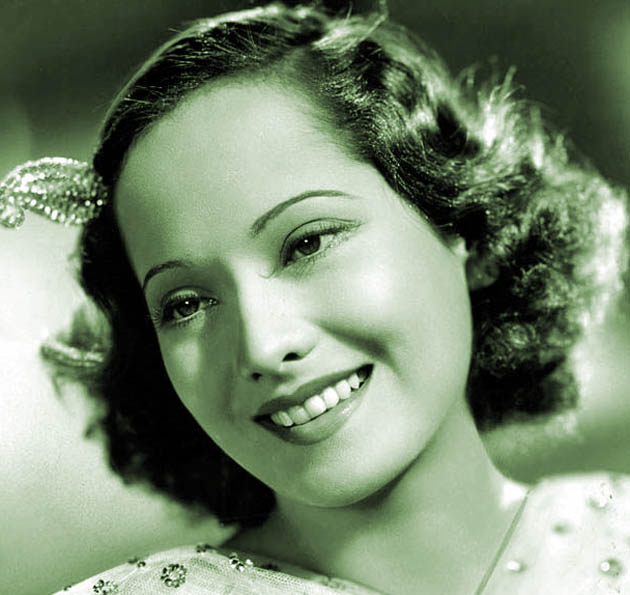 Ravishing beauty Merle Oberon, who would have been ideally cast as the Queen of the Fairies in the 1935 version of Shakespeare’s A Midsummer Night’s Dream*, will have her Turner Classic Movies “Summer Under the Stars” day on Tuesday, Aug. 25, ’09.

TCM will be showing 14 of the actress’ films, among them two premieres: the British productions The Divorce of Lady X (1938) and The Lion Has Wings (1939).

Directed by Indiana-born Tim Whelan, the former is a so-so color comedy co-starring Laurence Olivier. It was the India-born Oberon’s first film following a near-fatal car accident while filming the ultimately unfinished I, Claudius.

The latter is an anti-Nazi propaganda piece that was deemed important enough to be given a royal premiere. Ralph Richardson co-starred for co-directors Adrian Brunel, Brian Desmond Hurst, and Michael Powell.

Missing from the Oberon marathon is William Wyler’s 1936 classic These Three, which was presented on Miriam Hopkins Day this past Aug. 20.

During her four-decade film career, Merle Oberon received only one Academy Award nomination: for Sidney Franklin’s gorgeous (cinematography by Gregg Toland) but ponderous 1935 melodrama The Dark Angel (1935), a Samuel Goldwyn production co-starring Fredric March and Herbert Marshall that will also be shown on Tuesday. (For the record, that year’s Best Actress was Bette Davis for Alfred E. Green’s Dangerous.)

Oberon’s stardom petered out in the mid-1950s, but she continued to make sporadic film appearances until the early 1970s. Her last effort was Daniel Mann’s little-seen, independently made Interval (1973), written by Gavin Lambert and co-starring husband-to-be Robert Wolders (from 1975 to Oberon’s death in 1979; he would later become Audrey Hepburn’s companion).

One curious thing about Merle Oberon is that the off-screen stories about her are no less intriguing than those she brought to life on screen.

She was reportedly born Estelle Merle O’Brien Thompson† in Mumbai (then Bombay) to either British-Indian or British-Sri Lankan parents, but kept her background a secret in order to evade racism at the time, claiming instead – perhaps following mentor, lover, and future husband Alexander Korda’s advice – that she was born in Australia’s island state of Tasmania and that her birth records had been destroyed in a fire.

That “deception tactic” may have also helped Oberon to become increasingly younger as the years went by; in her own headstone, her birth date moved from 1911 to 1917.

Considering the lives she led both on and off screen – and how much of the information about her background and private affairs remains either obscure or conflicting – Merle Oberon would be a great subject for a scholarly biography.

Check out this piece on a 2002 documentary about her origins, The Trouble with Merle.

Queen of the Fairies & birth certificate

† March 2016 update: According to reports about Oberon’s birth certificate, she was actually born Estelle Merle Thompson. Her father was British; her mother was supposedly either part-Indian or part-Sri Lankan (unclear which specific ethnic group[s]) with possibly Maori ancestry. 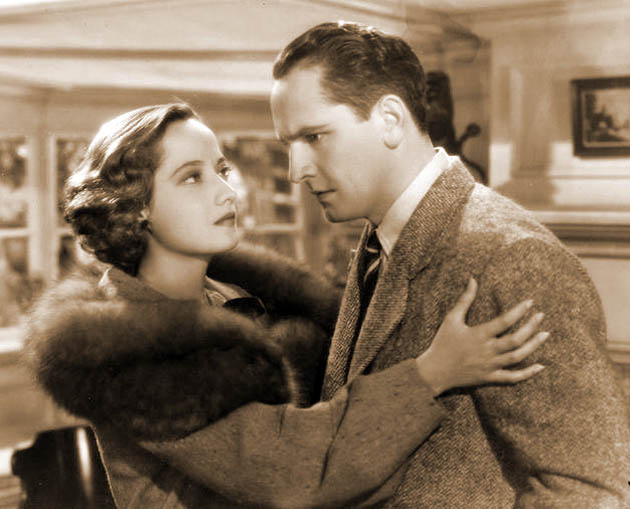 Merle Oberon in ‘The Dark Angel,’ with Fredric March: Her one and only Best Actress Oscar nomination.