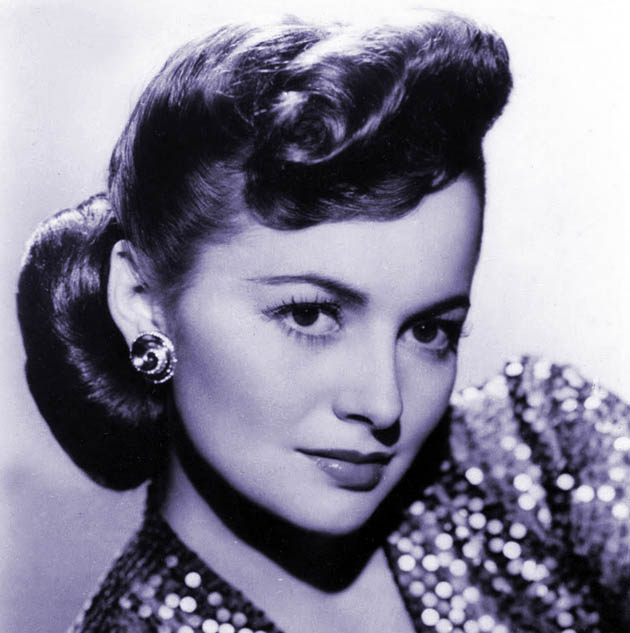 Two-time Best Actress Academy Award winner Olivia de Havilland, the only surviving major Gone with the Wind cast member and oldest surviving Oscar winner, is turning 99 years old today, July 1.[1] Also known for her widely publicized feud with sister Joan Fontaine and for her eight movies with Errol Flynn, de Havilland should be remembered as well for having made Hollywood history.

This particular history is unrelated to de Havilland’s films, her two Oscars, Gone with the Wind, Joan Fontaine, and Errol Flynn. Instead, Hollywood – and U.S. labor – history was made as a result of a legal fight: after winning a lawsuit against Warner Bros. in the mid-’40s, Olivia de Havilland put an end to treacherous contractual agreements that allowed Hollywood studios and independent moguls to continuously extend their grip on their contract talent.

Below and in a follow-up post is a brief overview of de Havilland’s career and her role in changing both California labor law and Hollywood history.

Born on July 1, 1916, to English parents living in Japan, Olivia de Havilland became a Warners leading lady in 1935. That year, in addition to run-of-the-mill fare such as the Joe E. Brown comedy Alibi Ike and the James Cagney-Pat O’Brien programmer The Irish in Us, de Havilland was cast in two Best Picture Academy Award nominees:

In the ensuing years, de Havilland and Flynn would be paired up again in classics and near-classics such as The Charge of the Light Brigade (1936), The Adventures of Robin Hood (1938), and Dodge City (1939) – and in a dud here and there as well (The Private Lives of Elizabeth and Essex, They Died with Their Boots On).[2]

On her own, de Havilland would be cast in both comedies and dramas, generally as the decorative love interest to Warners’ male stars (or leading men) such as Leslie Howard, George Brent, and Dick Powell.[3]

Recommended for You
Olivia de Havilland in ‘Gone with the Wind,’ as Melanie Wilkes.

In 1939, Olivia de Havilland was finally given the chance to prove herself more than a pretty face with a sweet smile: on loan-out to David O. Selznick and Metro-Goldwyn-Mayer, her performance as Melanie Wilkes in Victor Fleming’s blockbuster Gone with the Wind earned her a Best Supporting Actress Oscar nomination.[4]

Two years later, on loan to Paramount, de Havilland was a Best Actress contender for Mitchell Leisen’s romantic melodrama Hold Back the Dawn (1941), in which she plays a naive, small-town American who falls for Romanian émigré Charles Boyer. Ironically, de Havilland’s younger sister, Joan Fontaine, with she was not in good terms, was that year’s winner for Alfred Hitchcock’s thriller Suspicion.[5]

Thanks to the mix of box office success, critical acclaim, and increasing prestige, by the early ’40s Olivia de Havilland had become one of Warner Bros.’ most important contract players. Yet, with the exception of John Huston’s unbridled melodrama In This Our Life, Jack Warner’s studio continued to cast de Havilland in insipid, decorative roles.[6]

This Olivia de Havilland article is currently being revised and expanded.

[1] Following the recent deaths of Luise Rainer and Mickey Rooney, Olivia de Havilland is now the only adult Hollywood star of the 1930s – name above the title in A productions – still around.

Jane Withers was a child star, while Mary Carlisle, Marsha Hunt, Patricia Morison, and Maureen O’Hara were mid-level-to-minor leading ladies. Of course, Hunt and O’Hara – and to a lesser extent Morison – would become bigger movie names the following decade.

Following the deaths of Mary Anderson and Alicia Rhett in 2014, besides Olivia de Havilland the only other surviving Gone with the Wind cast member is Mickey Kuhn, 82, who played Melanie’s son, Beau Wilkes.

Including uncredited (and unconfirmed) bits, online sources claim the oldest surviving Gone with the Wind cast member is Shep Houghton, who is supposed to have turned 101 last June 4. 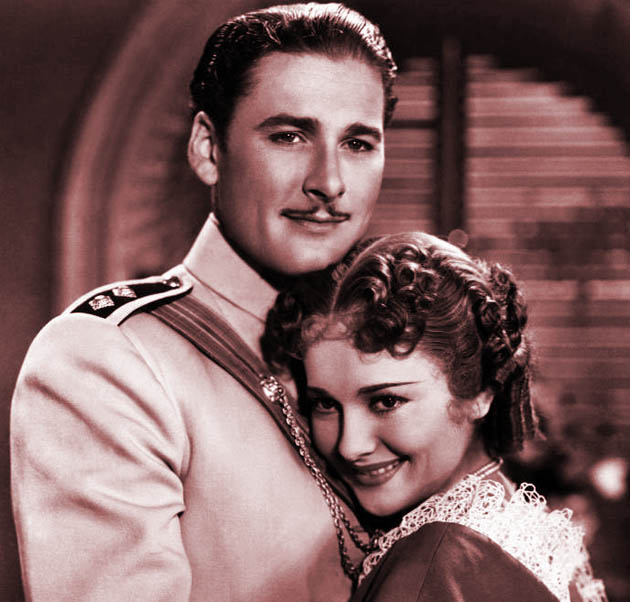 Olivia de Havilland and Errol Flynn in ‘The Charge of the Light Brigade.’

[2] Below is a list of the eight films starring Olivia de Havilland and Errol Flynn. All of them were Warner Bros. releases and all but the last one were directed (or co-directed) by Michael Curtiz. 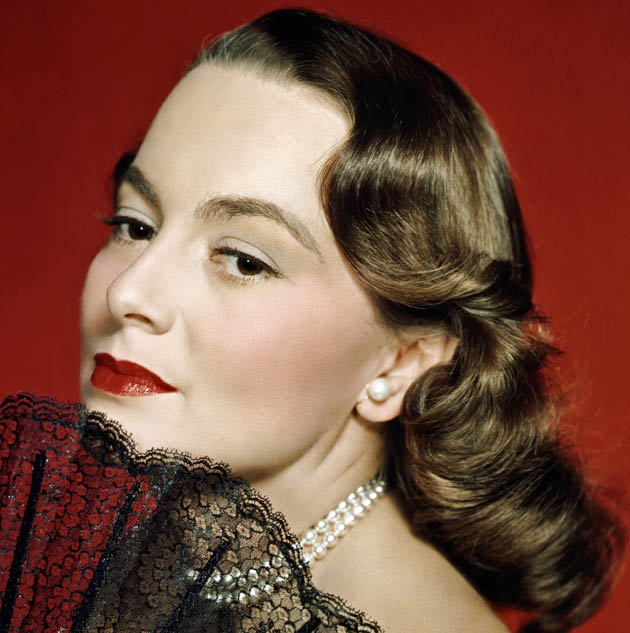 [3] Excluding her pairings with Errol Flynn and the titles mentioned in the main text, below is the list of Olivia de Havilland movies of the mid-to-late ’30s, in addition to her respective leading men and directors.

[4] The Best Supporting Actress Oscar winner of 1939 was Hattie McDaniel, who played Mammy in Gone with the Wind.

The other nominees were:

[5] Besides sisters Olivia de Havilland and Joan Fontaine, the other 1941 Best Actress Oscar nominees were:

To date, the only other sisters vying for the Best Actress Oscar in the same year were Lynn Redgrave and Vanessa Redgrave at the 1967 Oscar ceremony; the former for Silvio Narizzano’s Georgy Girl, the latter for Karel Reisz’s Morgan!.

Both lost to Elizabeth Taylor for Mike Nichols’ Who’s Afraid of Virginia Woolf?

Also of note, Olivia de Havilland is the earliest surviving Academy Award nominee and winner in the acting categories.

Also in the acting categories, de Havilland is the only surviving Oscar nominee of the 1930s, and one of only four surviving nominees of the 1940s.

Below is the list of surviving pre-1960 Oscar nominees in the acting categories (as of early July 2015).

* Denotes performers who also received Oscar nominations in 1960 or later.

Olivia de Havilland and Errol Flynn in The Charge of the Light Brigade: Warner Bros.

Olivia de Havilland as Melanie Wilkes in Gone with the Wind: Metro-Goldwyn-Mayer.

Re: “My Cousin Rachel.” I meant it was not a box-office success for Olivia de Havilland (who, tellingly, didn’t receive a Best Actress Oscar nomination despite a strong campaign, as per “Inside Oscar.”)

Check out this May 7, 1953, memo from 20th Century Fox head Darryl Zanuck to Philip Dunne:

“Many excellent pictures have been defeated by unsatisfactory or unpopular subject matter. In this regard we have had our own bitter experience with pictures like “Viva Zapata!” “My Cousin Rachel”…”
From Rudy Behlmer’s “Memo from Darryl F. Zanuck: The Golden Years at Twentieth Century-Fox.”

And I wasn’t “belittling” Olivia de Havilland’s late ’50s/early ’60s films. Just stating the fact that they didn’t cause much of a stir either at the box office or with critics / awards groups.

I’m not sure you could say that HUSH..HUSH, SWEET CHARLOTTE had no impact other than being a box office hit.

The film was nominated for 7 Oscars, more than any other film of the horror genre up until that time. And even today, the title is sometimes used as a metaphor for small town scandal.

ALSO: Please bear in mind her role as John Ireland’s wife ‘The Adventurers’ (1970?).

On the contrary, “My Cousin Rachel” was an excellent version of the Daphne DuMaurier best-seller and de Havilland and Burton were fine in the leads. The NY Times said: “Olivia de Havilland does a dandy job as the soft and gracious Rachel with just a faint touch of the viper’s tongue,” and she was nominated for a Golden Globe Best Actress. Burton received a Supporting Actor Oscar nomination and the film itself received four Academy Award noms. A great score by Franz Waxman is now available on CD.

And I wouldn’t belittle films like “The Proud Rebel” r “Light in the Piazza,” both sensitive films which drew highly respectable reviews. Her best performances during the latter part of her career were “Lady in a Cage” and “Hush…Hush, Sweet Charlotte,” as you’ve indicated.

The stage work in the ’60s (“A Gift of Time” with Henry Fonda) and her best-seller “Every Frenchman Has One,” were among other accomplishments. Olivia has so many sterling films on her resume that it seems pointless to make her later films seem so worthless by comparison.

The best performance of all time by an actress: Olivia de Havilland in “The Heiress”/ Vivien Leigh in “A Streetcar Named Desire”.