The Academy of Motion Picture Arts and Sciences and ABC has announced the Oscar 2015 dates. The Academy Awards ceremony will air live on ABC on Feb. 22 – or about ten days earlier than the Oscar 2014 ceremony.

It’s too early to tell, of course, but … here are a few possibilities – depending on when some of these movies reach Los Angeles screens – in the various Oscar 2015 categories:

And in the technical categories: 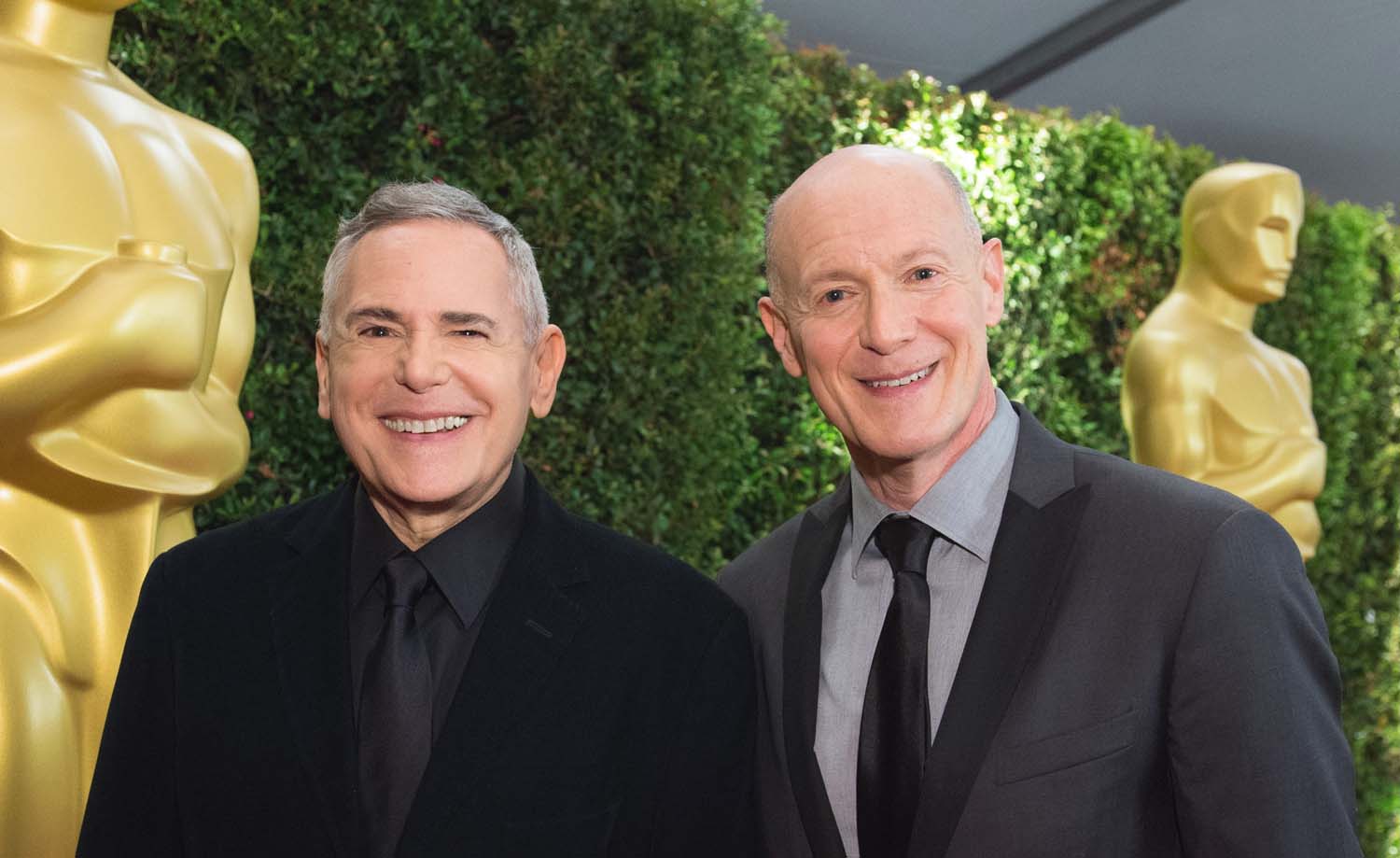 Craig Zadan and Neil Meron will be back as producers of the 2015 Oscar ceremony, Academy of Motion Picture Arts and Sciences president Cheryl Boone Isaacs announced yesterday, April 21. This will mark Zadan and Meron’s third consecutive year as Oscar producers. In the United States, the 87th Academy Awards ceremony will air live on ABC on Oscar Sunday, Feb. 22.

Last March 2, the Zadan- and Meron-produced 2014 Oscar telecast brought back Ellen DeGeneres, whose performance as Oscar host drew mixed reviews – some loved the pizza; others hated it. Besides pizza delivery, the Oscar telecast also featured the presence of veterans Kim Novak and Sidney Poitier; musical performances by U2, Pharrell Williams, and Idina Menzel (a.k.a. “Adele Nazeem,” as per John Travolta); in addition to a tribute to The Wizard of Oz performed by Pink – while Judy Garland’s daughter, Liza Minnelli, sat in the audience and, somewhat ironically, was the butt of a tasteless DeGeneres joke.

Last but not least, the 2014 Oscar ceremony featured a selfie starring Ellen DeGeneres, Bradley Cooper, Meryl Streep, Brad Pitt, Angelina Jolie, Julia Roberts, Jennifer Lawrence, Kevin Spacey, the right side of Jared Leto’s face, and – somewhat curiously – Lupita Nyong’o’s brother. DeGeneres’ stellar selfie broke Twitter’s retweet record – generating 32.8 million views – and led to tons of publicity for Samsung, the Oscar ceremony sponsor that may (according to various reports) or may not (according to Samsung) have engendered the stunt.

Whether or not you retweeted DeGenere’s Oscar selfie, bear in mind that in the U.S. the 2014 Oscar ceremony drew an “average audience” of 45.4 million viewers, delivering a 13.7 rating among adults 18-49, and reaching 74.6 million viewers who watched at least 6 minutes of the Oscar show – the best figures since 2004, the year Peter Jackson’s blockbuster The Lord of the Rings: The Return of the King was voted Best Picture of the year.

There’s more: According to the Academy’s press release, Oscar 2014 was the most-watched entertainment telecast in the last decade, attracting “the biggest viewership in 14 years.” Oscar-related social media activity included “more than one billion impressions” on Twitter and “25 million interactions” on Facebook.

For television, Zadan and Meron executive produced last year’s hit The Sound of Music Live!. Among their other TV credits are the miniseries Bonnie and Clyde; the TV series Smash and Drop Dead Diva; and the TV movies Steel Magnolias, A Raisin in the Sun, Annie, Serving in Silence, Rodgers & Hammerstein’s Cinderella, Brian’s Song, Anna Nicole, and Gypsy.

On Broadway, they recently produced revivals of How to Succeed in Business without Really Trying, starring Daniel Radcliffe and John Larroquette, and the Tony-winning Promises, Promises, with Sean Hayes and Kristin Chenoweth.

Zadan and Meron’s upcoming projects include executive producing the TV musical Peter Pan Live!, while their new MTV comedy series, Happyland, premieres this summer. For the big screen, they are producing Monster High, based on the Mattel franchise; a musical based on the Beach Boy’s song catalog; and a film version of the Bob Fosse-directed, Roger O. Hirson-Stephen Schwartz Broadway musical hit Pippin, which back in the ’70s featured the likes of Jill Clayburgh, John Rubinstein, and Ben Vereen.

The 2015 Oscar ceremony will take place at the Dolby Theatre at Hollywood & Highland Center in, where else, Hollywood. The Oscar telecast will be televised live in more than 225 countries and territories worldwide.

The submissions and voting timeline for the Make-Up Artists and Hair Stylists Guild 2015 Awards is the following:

More information about the Make-Up Artists and Hair Stylists Guild can be found at www.local706.org.

I think it’s high time these old actors regardless how great you think they are, should let the younger generation have a shot. There are plenty young good actors out there. Hollywood is very obsessed with their favorite protégés it time the dog and pony show of awards show some fair recognition to the the next generation. Just how many awards is too many for people like Streep her mantel is over loaded by now.mits totally obnoxious to be honest.