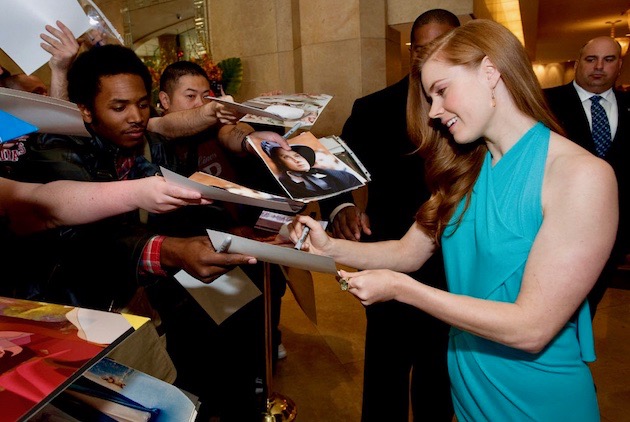 Among the dozens of 2009 Oscar nominees in attendance at the Academy of Motion Picture Arts and Sciences’ Oscar Nominees Luncheon a.k.a. Oscar Luncheon, held on Monday, Feb. 2, at the Beverly Hilton Hotel in Beverly Hills, were the following:

Penélope Cruz (probably suffering from jet lag, as on the previous day she was in Madrid accepting her third Goya Award).

The 2009 Oscar ceremony will take place on Sunday, Feb. 22, at the Kodak Theatre at Hollywood & Highland Center in Los Angeles. See below several 2009 Oscar Luncheon photos. 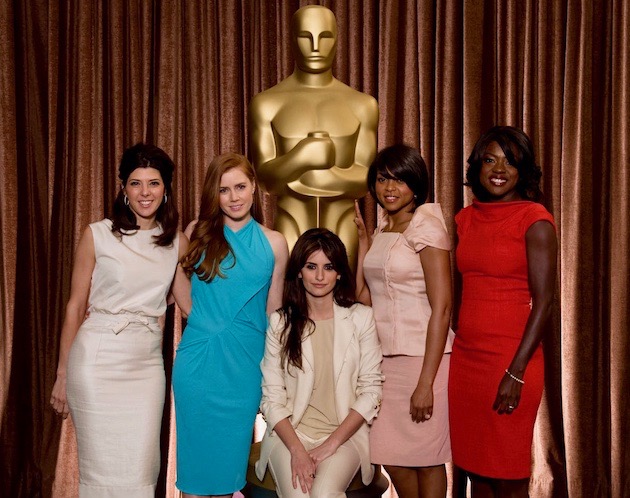 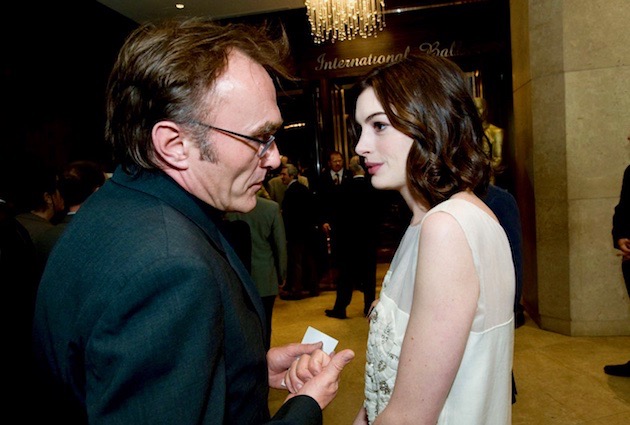 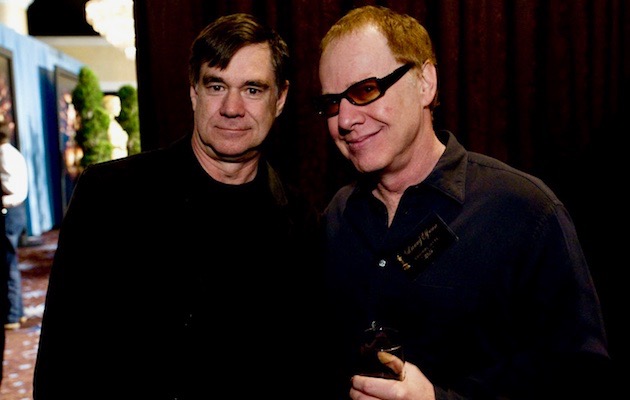 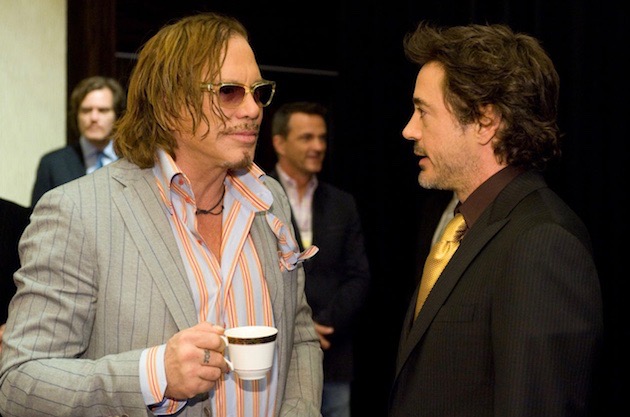 Robert Osborne on Kate Winslet: Lead or supporting actress in ‘The Reader’?

“I’m in favor of actors getting all the awards and rewards they can comfortably haul away in a stretch limo, but it seems time for a reality check here. Who in [The] Reader does the noble Kate support? She is the basic hub and thrust of the story. She’s the one with top billing. Further, she plays her character throughout the entire movie, unlike teammates David Kross and Ralph Fiennes, who take turns playing younger-older versions of one person.

“Pretending that Winslet’s Reader role is a supporting one negates why the Academy inaugurated a supporting category in the first place, which was to honor work by actors with only limited screen time.”

Osborne goes on to explain that the inclusion of Mutiny on the Bounty supporting player Franchot Tone on the 1935 Best Actor shortlist may have been a reason for the creation of the Best Supporting Actor/Actress categories. After all, Joan Crawford’s then-husband had to compete against actors with more sizable roles: Charles Laughton and Clark Gable also for the Frank Lloyd-directed Mutiny on the Bounty; and eventual winner Victor McLaglen for John Ford’s The Informer.

Not to mention that the previous year Frank Morgan, who supports Constance Bennett and Fredric March in Gregory La Cava’s The Affairs of Cellini, had to compete with two de facto leading men: William Powell for W.S. Van Dyke’s The Thin Man and – eventual winner – Clark Gable for Frank Capra’s It Happened One Night.

“Bottom line: Does it really matter who gets nominated where? Yes, I think it does,” Osborne concludes, “particularly if it means the inclusion of someone in a slot where they don’t belong shuts the door on someone who genuinely deserves to be there.”

Something worth noting in the case of The Reader: like Osborne explains in his piece, Kate Winslet does have the title role in the film. However, The Reader‘s plot actually centers on her younger co-star, David Kross, cast as the title character’s teenage lover.

However unfairly – Winslet’s role isn’t exactly a supporting one – that’s the opening The Weinstein Company exploited during this year’s Oscar season campaign, which would have allowed their star to also be shortlisted in the Best Actress category for her work in Sam Mendes’ DreamWorks/Paramount Vantage release Revolutionary Road.

Well, Robert Osborne must be happy with the ways things have turned out, as 2009 Oscar voters – for once – refused to go along with the “supporting” ruse.

But in all fairness … do title roles = lead roles?

And that the titular character in Alfred Hitchcock’s 1940 Best Picture Oscar winner Rebecca is never even seen in the Gothic romantic drama starring Laurence Olivier and Joan Fontaine – whose character goes nameless. 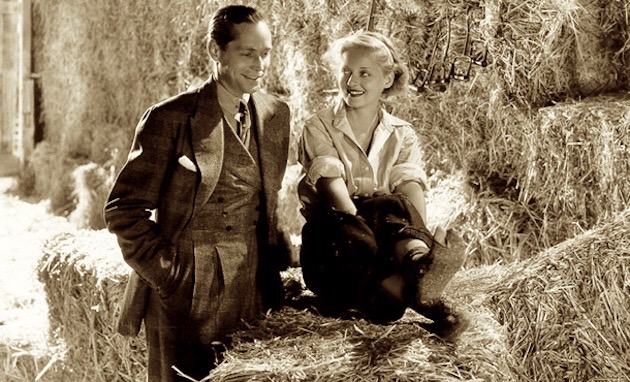 Bette Davis and Franchot Tone in Dangerous. After being bypassed for the 1934 Academy Awards – which led to such an uproar that voting rules were changed – Bette Davis took home her first Best Actress Academy Award for her take-no-prisoners performance in Alfred E. Green’s melodrama Dangerous. Davis would later claim that she was the one who came up with the nickname “Oscar” for the Academy’s naked-bald-man-with-a-sword statuette. Davis’ Dangerous leading man, Franchot Tone, was a Best Actor nominee that same year for his supporting performance in Frank Lloyd’s period naval drama Mutiny on the Bounty.

Did Bette Davis name the Oscars after husband’s mysterious ‘O’?

From Kate Winslet’s Oscar category to Bette Davis’ Oscar baptism: On his blog Hollywoodland, author Allan Ellenberger explains that two-time Best Actress winner Bette Davis (Dangerous, 1935; Jezebel, 1938) asserted back in 1955 that she was the one who came up with the Academy Awards’ nickname “Oscar.”

“’I am convinced that I was the first to give the statuette its name when I received one for my performance in Dangerous, made in 1935.

“I was married at that time to Harmon O. Nelson Jr. For a long time I did not know what his middle name was. I found out one day that it was Oscar, and it seemed a very suitable nickname for the Academy statuette.”

Notwithstanding Bette Davis’ authorship allegation, Ellenberger writes that gossip columnist Sidney Skolsky “may have the best claim for originating the name,” as “many references” credit a 1934 Skolsky column for including the moniker “Oscar” in regard to Katharine Hepburn’s Best Actress Academy Award for her performance as ambitious Broadway actress Eva Lovelace in Lowell Sherman’s 1933 drama Morning Glory.

Ellenberger adds that it has also been claimed that Skolsky was the anonymous reporter who overheard then Academy Librarian Margaret Herrick “christen the statue in 1931 [Herrick is supposed to have said that it reminded her of her uncle Oscar]; but since Skolsky had not arrived in Hollywood until 1932, that part is unlikely.”

In other 2009 awards season news, the Academy has announced that it will be hosting two Oscar-related events: its first Animated Feature Symposium and the Foreign Language Film Award Nominees Symposium.

The Animated Feature Symposium will be held on Thursday, Feb. 19, at 7:30 p.m. at the Samuel Goldwyn Theater in Beverly Hills. Moderated by animator and animation historian Tom Sito (Who Framed Roger Rabbit, The Little Mermaid, Aladdin), the evening will feature onstage discussions with the nominated filmmakers (subject to availability) and film clips.

Below are the 2009 Oscar nominees in the Best Animated Feature and Best Foreign Language Film categories.

Admission to both events is free, but advance tickets are required. Since both the Animated Feature and the Foreign Language Film symposia are already sold out, there’ll be a standby line at the theater’s west doors on the day of the events. Standby numbers will be assigned at approximately 5:30 p.m. (Animated Feature, Feb. 19) / 8 a.m. (Foreign Language Film, Feb. 21). Any available tickets will be distributed shortly before the program begins. 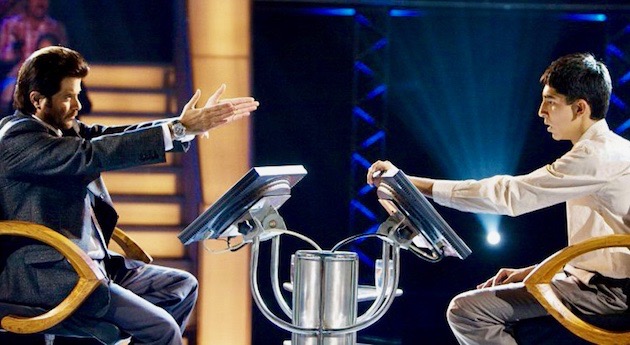 Lastly, below is the full list of feature film winners and nominees – and a partial list in the television categories – of the 2009 Art Directors Guild and American Cinema Editors (ACE) awards.

I thought Mr. Osborne’s astute comments were right on the money. I thought Ms. Winslet was superb in THE READER. However as good as she was, it bothered me to see the talented actress winning awards over women who were giving bonafide supporting performances. Congratulations to AMPAS for rectifyng this.