Anna Robinson 13 years ago
2.4k
Kate Winslet in The Reader: Oscar voting explains surprising Best Actress nomination? A potential double nominee for the 2009 Academy Awards, Kate Winslet ended up getting shortlisted for only one movie: Stephen Daldry’s Holocaust-themed drama The Reader. Perhaps even more surprising was the fact that Winslet was nominated in the Best Actress category, even though she had been forcefully pushed as Best Supporting Actress so as not to compete with herself for her lead role as Leonardo DiCaprio’s disaffected wife in Sam Mendes’ Revolutionary Road.
Contents hide
1. Academy Award voting ‘secrets’: Kate Winslet Best Actress Oscar win explained?
1.1. Acting categories
1.2. Lead vs. supporting
1.3. Kate Winslet nomination explained?
1.4. Online Film Critics nominations: War movies rule
1.5. ‘Up in the Air’ & ‘Up’
1.6. Surprising nominations
1.7. Online Film Critics nominations
1.8. Marrakech Film Festival winners

Here’s a bit of Academy Award voting trivia: In all but one category, voters are supposed to write down the name of the film – not the talent – on the ballot. So, if your Best Director choices for the 2010 Oscars are Pedro Almodóvar for Broken Embraces, Kiyoshi Kurosawa for Tokyo Sonata, and Michael Haneke for The White Ribbon (as if…), you have to write down on your ballot Broken Embraces, Tokyo Sonata, and The White Ribbon.

The information above – minus the specific examples – is found in Steve Pond’s TheWrap column, which adds that the one exception to this rule is the acting category – or rather, categories – in which Actors Branch voters must enter the name of the performers and their corresponding films.

So, if you’re voting for Penélope Cruz in Broken Embraces, you would have to spell out both Cruz’s name and the name of her film.

This rule exists so absent-minded and/or lazy Academy voters will refrain from jotting down, for instance, “Meryl Streep.” For if they were to do so this year, the PricewaterhouseCoopers people wouldn’t know whether they were selecting Streep for Julie & Julia or It’s Complicated.

And if voters are dim-witted enough to just write down Julie & Julia, those doing the tallying may think your choice is Amy Adams.

Either way – only the actor’s or only the film’s name – your vote will be disqualified. The same will happen if you vote for, say, Helen Mirren in Transformers: Revenge of the Fallen or Sandra Bullock in Avatar.

It’s unclear what they will do if you vote for Tilda Swinton in Julie & Julia or for Meryl Streep/Amy Adams in Julia. See, it’s complicated.

The most interesting bit of information found in Pond’s piece is when he quotes a letter sent to voters by Actors Branch Governors Annette Bening, Tom Hanks, and Henry Winkler:

“And then there’s this: ‘If you think that a performance occupies a middle ground between leading and supporting, you may list it on your ballot in both categories.’ [italics in the text] If a performance receives enough votes to be nominated in both categories, the letter says, PricewaterhouseCoopers will record a nomination ‘in the category in which it received the most support.’

“(Technically, PwC tallies votes in the leading and supporting categories simultaneously, and the moment an actor receives a nomination in one category, he or she is eliminated from consideration in the other.)”

The second paragraph above raises a few questions, as one would expect PricewaterhouseCoopers to go over every Actors Branch ballot before making a decision as to the category in which to place potential double nominees.

Anyhow, the Actors Branch Governors’ letter may help to explain Kate Winslet’s nomination as Best Actress for Stephen Daldry’s The Reader earlier this year, as throughout the campaign The Weinstein Company had been pushing her in the Best Supporting Actress category so she wouldn’t compete against herself for her work in Sam Mendes’ Revolutionary Road.

This strategy is at least in part the result of an Academy rule that forbids actors from being nominated more than once in the same category.

Chances are that Winslet was shortlisted as Best Actress for The Reader after receiving more votes as a lead than as a supporting actress. Once in, she most likely was competing against herself in Revolutionary Road. After all, she was a Best Actress SAG Award contender for Mendes’ movie; i.e., actors really liked performance.

So what happens then?

Well, having obviously received more votes for The Reader than for Revolutionary Road, the latter performance was disqualified in accordance to Academy rules. 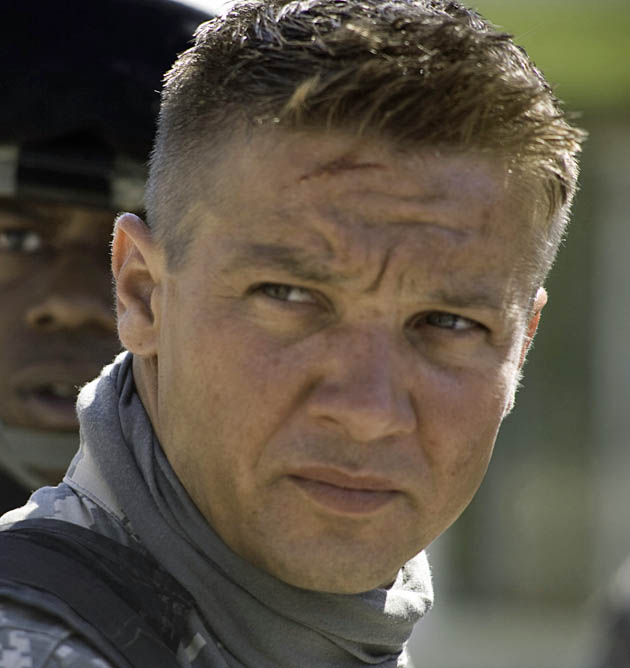 The Online Film Critics Society has announced its list of nominees for Best This or That of 2009.

Pete Docter’s Up was the fifth Best Picture nominee. In the Best Director category, Reitman and Docter were replaced by Cameron for Avatar and Neill Blomkamp for District 9.

Missing in action: Colin Firth for A Single Man, in addition to Peter Jackson’s The Lovely Bones and Rob Marshall’s Nine, both of which were totally shut out.

The Online Film Critics Society winners will be announced on Jan. 6.

BEST PICTURE
The Hurt Locker.
Inglourious Basterds.
A Serious Man.
Up.
Up in the Air.

BEST DOCUMENTARY
Anvil!: The True Story of Anvil.
The Beaches of Agnès.
Capitalism: A Love Story.
The Cove.
Food, Inc.

Rigoberto Perézcano’s Northless / Norteado was the top winner at the 2009 Marrakech International Film Festival held earlier in December. Set in a small Mexican town, the socially conscious drama tells the story of a young man (Harold Torres) waiting for the right time to cross the barbed-wire-strewn border that separates Mexico from the United States.

The Jury Prize went to two films: Nabil Ben Yadir’s Belgian coming-of-age drama Les barons and Charlotte Lim Lay Kuen’s Malaysian family drama My Daughter. In the former, three Belgian denizens of Arab descent must make tough decisions about their lives and future; in the latter, a teenager has a love-hate relationship with her love-starved mother, who is always going from one romantic liaison to another.

Among the other Marrakech Film Festival winners were Best Actress Lotte Verbeek for her mysterious young woman who befriends a lonely widower (Stephen Rea) in Urszula Antoniak’s Dutch-Irish drama Nothing Personal, and Best Actor Cyron Melville for his increasingly unbalanced pianist in Morten Giese’s Danish drama Love and Rage.

Iranian filmmaker Abbas Kiarostami was this year’s President of the Jury.