Harvey Weinstein’s Cannes Film Festival Coming Attractions Special, a showcase of upcoming The Weinstein Company releases, is now regarded as one of the Croisette’s key film events. Because it provides a hint at who or what will win the Palme d’Or? Get real. Even at Cannes, it’s all about the Academy Awards.

This year, Cannes Official Competition Jury Member Nicole Kidman was Weinstein’s co-presenter. And no, there wasn’t any influence peddling involved. Kidman was there because she is the star of The Weinstein Company’s upcoming Grace of Monaco, in which she plays another K-named movie star, Grace Kelly. And let’s not forget that 11 years ago Kidman won a Best Actress Oscar for The Hours, distributed by – at the time – the Weinstein-ruled Miramax.

Although Nicole Kidman is a likely candidate for the 2014 Best Actress Oscar (and, according to some, Tim Roth is a potential Best Supporting Actor nominee as well), one of The Weinstein Company’s big Oscar releases may turn out to be writer-director Ryan Coogler’s based-on-factual-events Fruitvale Station. Like Benh Zeitlin’s fellow Sundance Film Festival hit Beasts of the Southern Wild, Fruitvale Station is bound to become the 2014 Academy Awards’ indie darling. Coogler’s film depicts the last day in the life of a black man, Oscar Grant (played by Michael B. Jordan), shot dead by a white San Francisco police officer, Johannes Mehserle, on New Year’s Day 2009. Oscar winner Octavia Spencer (The Help) plays Grant’s mother. Best Actor Academy Award winner Forest Whitaker (The Last King of Scotland) is one of the film’s producers.

And let’s not forget Justin Chadwick’s Mandela: Long Walk to Freedom, based on Nelson Mandela’s 1994 memoir, and starring Pacific Rim‘s Idris Elba in the title role and Skyfall‘s Naomie Harris as Winnie Mandela. According to the New York Times’ Logan Hill, in the Mandela: Long Walk to Freedom trailer, Elba’s Mandela “delivers impassioned speeches, sure, but he’s also seen making bombs, blowing up buildings and ripping off his shirt to reveal a buff, action-star chest.” In other words, don’t expect this Nelson Mandela to look or act like Morgan Freeman in Clint Eastwood’s tame Invictus.

Hill adds that Harvey Weinstein “said the recent Boston Marathon bombings did not make him consider cutting scenes of Mandela making bombs and exploding government buildings. ‘They made the bombs,’ he said. ‘They didn’t blow up anybody, but they blew up buildings, and somebody could have inadvertently been hurt. We tell it the way he told it.'”

“Hurt” or blown to pieces. Anyhow, if Mandela: Long Walk to Freedom earns solid critical buzz among U.S. critics, expect the political drama-cum-biopic to enjoy a rewarding stroll on its way to the Oscars. The film’s screenplay is credited to William Nicholson (Les Misérables, Elizabeth: The Golden Age, Gladiator).

Harvey Weinstein also announced that he has bought North American and Spanish distribution rights to Stephen Frears’ Philomena for $6 million (some sources state $6.5 million). That shouldn’t come as a surprise, considering that the indie mogul has had quite a bit of luck with Frears (The Queen) and Philomena star Judi Dench. In fact, five of Judi Dench’s six Academy Award nominations have been for films distributed by either Miramax or The Weinstein Company: Mrs. Brown, Shakespeare in Love (Best Supporting Actress winner), Chocolat, Iris, and Mrs Henderson Presents. The one exception was the Fox Searchlight release Notes on a Scandal.

In Philomena Judi Dench plays an Irishwoman looking for the son (Steve Coogan), who, decades earlier, she had been forced to give up for adoption after going to live at a convent. Co-written by Coogan and Jeff Pope (TV’s The Black Widower, The Security Men), the screenplay is based on BBC correspondent Martin Sixsmith’s book The Lost Child of Philomena Lee.

On the Cannes Film Festival’s video of the Great Gatsby red carpet, you can watch Carey Mulligan getting nearly decapitated by a take-no-prisoners umbrella; Leonardo DiCaprio telling an interviewer, “I can’t hear a word you’re saying,” and then walking on as if said journalist was invisible; and Tobey Maguire getting called, “Eh, Tobee!”

But what do we learn from those brief interviews? That being in Cannes is “exciting” (DiCaprio, Maguire) and “meaningful” (Luhrmann, referring to the fact that F. Scott Fitzgerald wrote much of The Great Gatsby on the French Riviera). Also, that the downpour that turned the red carpet into a red creek was “logical” because, according to one of the Cannes journalists, “it rained during the entire production.” You can check out the The Great Gatsby red-carpet video here.

Baz Luhrmann’s 3D-fied The Great Gatsby, which grossed a surprising $50.1 million at the North American box office this past weekend, received mostly thumbs down from American critics. But negative reviews or no, Luhrmann, whose Moulin Rouge! opened the Cannes Film Festival twelve years ago, has modestly pointed out that his film has helped to sell more copies of Fitzgerald’s novel in a week than were sold during the author’s lifetime.

Snippet from French review of The Great Gatsby

The Great Gatsby opened in France today, coinciding – or rather, timed – with the out-of-competition Cannes gala (or perhaps it’s the other way around). The Baz Luhrmann / Leonardo DiCaprio collaboration opens in several dozen countries (including the UK, Russia, Germany, Spain, Italy, and most other European territories) in the next couple of days. It’ll reach Australia and Mexico at the end of the month, and Brazil and Japan in June.

Bérénice Bejo and Tahar Rahim in Asghar Farhadi’s The Past.

So far, what’s the most memorable event at the 2013 Cannes Film Festival? Perhaps the screening of Asghar Farhadi’s Palme d’Or competitor The Past, starring The Artist‘s Bérénice Bejo (replacing Marion Cotillard) and A Prophet‘s Tahar Rahim? Variety‘s Justin Chang called Farhadi’s follow-up to his Oscar-winning A Separation “an exquisitely sculpted family melodrama in which the end of a marriage is merely the beginning of something else, an indelible tapestry of carefully engineered revelations and deeper human truths.” (Scroll down to check out The Bling Ring cast Cannes 2013 photos.)

Or perhaps Joel and Ethan Coen’s Inside Llewyn Davis, which impressed The Independent film critic Geoffrey Macnab with “the sure-footed way the Coens combine comedy, music and brooding film noir elements”? Or maybe the fact that Carey Mulligan had two major films screening at Cannes: the aforementioned Inside Llewyn Davis and, out of competition, the festival’s opening-night gala movie The Great Gatsby?

Or perhaps, as reported in The Guardian, the highlight of sorts of this year’s Cannes Film Festival was The Bridge TV series producer Lars Blomgren remarking, “I have always worked in both [film and television] and I think it is film that will have to change. A lot of creativity has moved over to TV.” If that weren’t all, Blomgren added that he prefers Cannes’ TV festival Mipcom to the town’s more renowned film festival because Mipcom “is more focused and there is less b.s.”

But no. So far, the 2013 Cannes Film Festival’s most memorable event – or at least the one with the biggest real-world repercussion – had little to do with moving images screened in a darkened room. Shortly after the premiere of Sofia Coppola’s real-life-inspired The Bling Ring, starring Harry Potter‘s Emma Watson as one of a group of teenagers who stole about $3 million worth of goods from the homes of Los Angeles’ rich and famous, a jewelry heist worth more than €300,000 took place at the Cannes’ Hotel Novotel, located not far from the Palais des Festivals.

According to reports, the jewels were stolen from the hotel room of an employee of Swiss jeweler Chopard, which makes the Cannes Film Festival’s Palme d’Or and other trophies. Shades of Alfred Hitchcock’s French Riviera-set To Catch a Thief, starring Cary Grant and Grace Kelly. The latter, by the way, is the subject of The Weinstein Company’s upcoming Grace of Monaco, whose trailer was presented by Harvey Weinstein himself at the festival.

Speaking of Weinstein, not even he has come up with a jewelry heist as a tie-in to one of his Oscar-contending movies. Don’t expect him to do so this year either, as The Bling Ring will be released (on June 14) by A24 in North America. 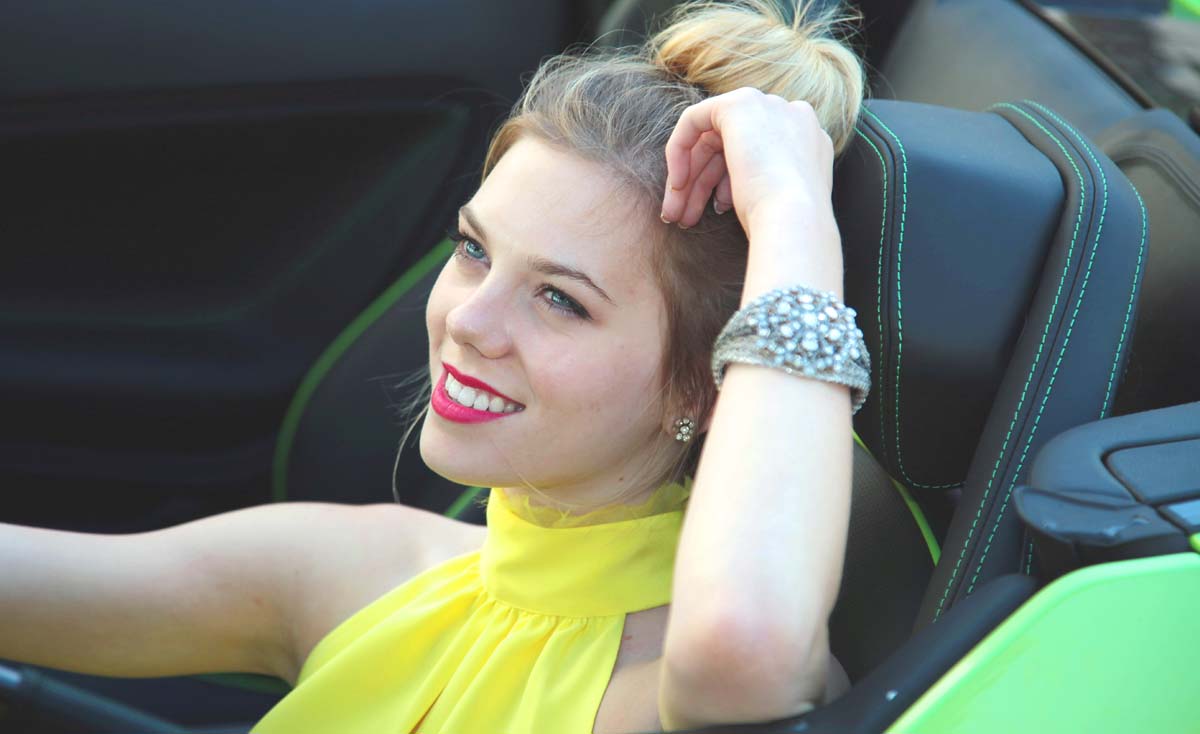 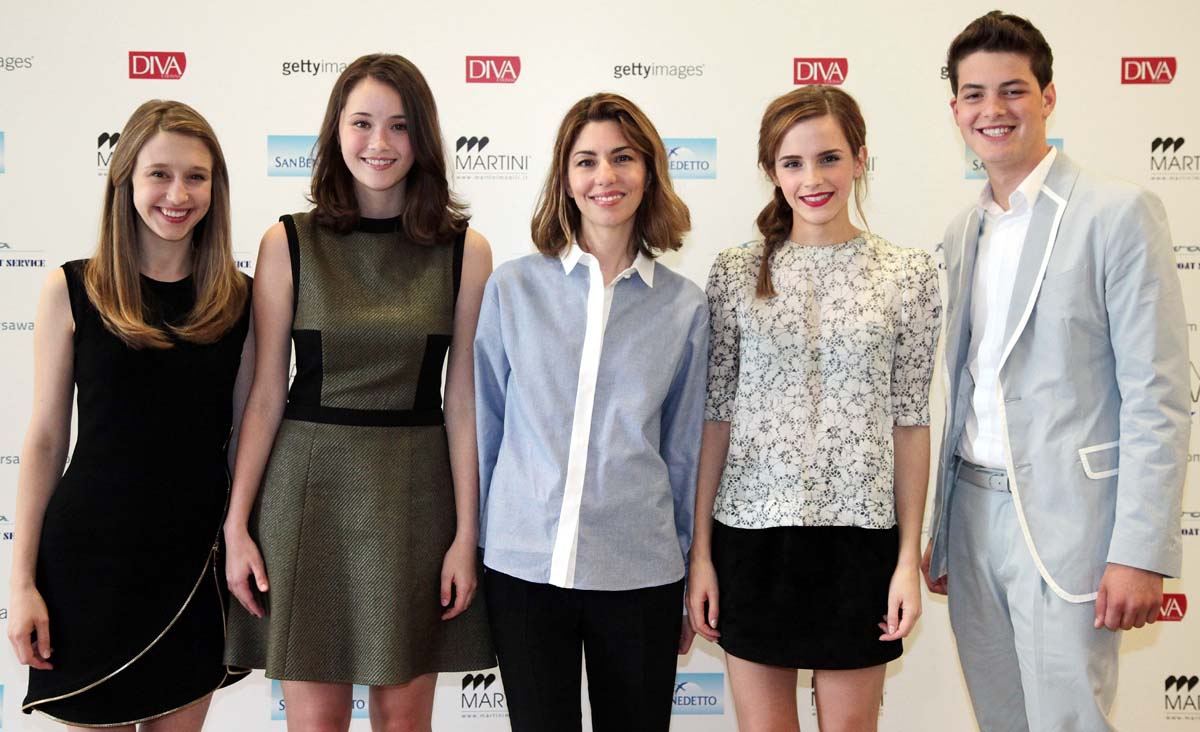 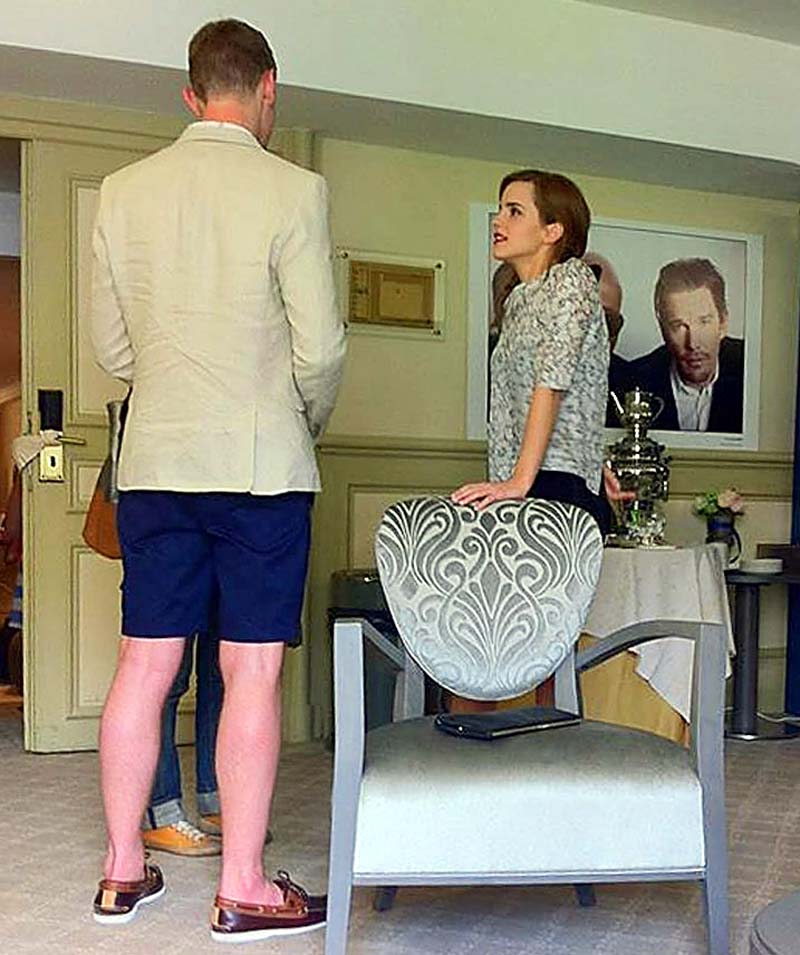