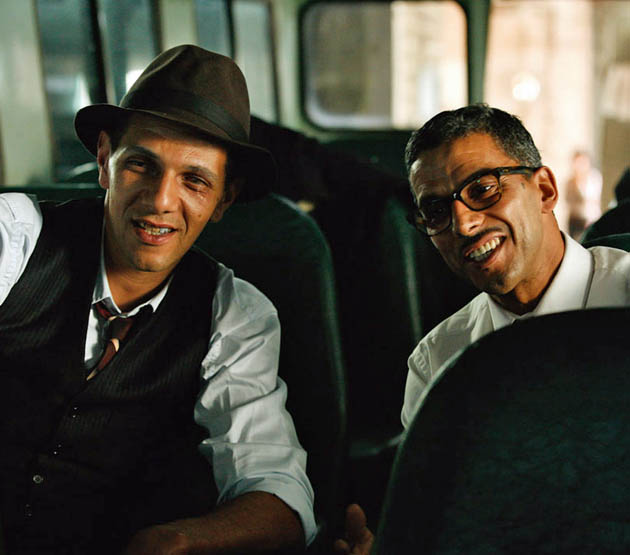 Rachid Bouchareb’s Outside the Law / Hors-la-loi hasn’t even had its Cannes Film Festival Official Competition screening yet – that will be on May 21 – but it’s already being reviled by right-wing French politicians and war veterans.

Directed and written by Bouchareb, Outside the Law is a political drama/thriller about Algeria’s struggle for independence from France following World War II – an issue that remains an ugly, painful, open wound in French society.

The criticism against his latest film has forced the Parisian-born Bouchareb to speak up at the festival.

“Cinema must be able to broach all subjects,” the 50-year-old filmmaker remarked, adding, “committed as I am to freedom of expression, it seems to me normal that some people disagree with my film, but I wish this disagreement were expressed in a peaceful way, in a calm debate of ideas.”

Those criticizing Outside the Law haven’t watched the movie. Their complaints are based on how a version of the screenplay portrays France’s role in the eight-year war, which left approximately one million people dead – the vast majority of them Algerians – and that eventually led to Algeria’s independence in 1962.

Outside the Law features several performers found in Bouchareb’s Oscar- and César-nominated war drama Days of Glory / Indigènes, including Roschdy Zem, Sami Bouajila, and Jamel Debbouze. The film shows how North African World War II veterans, fighting on the side of colonial power France, were discriminated both during and after the war.

Jamel Debbouze, Roschdy Zem, Sami Bouajila, the stars of Rachid Bouchareb’s Days of Glory, join forces once again in Bouchareb’s Outside the Law.

Today came Rachid Bouchareb’s Outside the Law, which seriously pissed off members of Nicolas Sarkozy right-wing government in France itself. According to Kenneth Turan in the Los Angeles Times, two members of Sarkozy’s party denounced Outside the Law, a crime drama revolving around Algeria’s war for independence from France. “I am not happy,” said one legislator, “when a film denigrates France and the French military.”

The “denigration” found in Outside the Law includes the depiction of French occupying forces shooting at Algerian pro-independence demonstrators in 1945, which eventually led to the massacre of thousands of people in that North African nation. Note: That’s not fiction made up by Bouchareb. That’s history. And ironically, this all took place right after World War II – that widely revered “war for freedom.”

(Algeria was for France what India was for England: the living, breathing symbol of their imperial supremacy. And we’re still feeling the effects of that today, and not only along the Mediterranean.)

Security, Turan adds, was tight at the Outside the Law premiere, “with bottles of water confiscated and each viewer subjected to an unusually thorough pat-down.” Hundreds of protesters – the south of France is filled with Pieds-Noirs, those who had to leave behind their lives in Algeria following that country’s independence in 1962 and who still haven’t forgiven Algerians for that.

“When you touch on France’s colonial past, the reaction is very violent, like a bomb,” Bouchareb later explained. “Still, I was surprised when pressure was exerted against the film. These people had the old dream, that maybe it can be like [Gillo Pontecorvo’s Oscar-nominated 1966 political drama] The Battle of Algiers [which was banned in France for five years], maybe they can stop the movie in France. But now a new generation has power, society has changed, they want to turn the page.”

Well, not everyone wants to turn the page, that’s quite obvious. Anyhow, the French far-right wasn’t the only one badmouthing Outside the Law. Turan calls the film “potent,” but some have complained Bouchareb’s approach was too conventional and derivative.

In Screen Daily, Mike Goodridge took a middle ground, writing that “… if Bouchareb opts for a too-simplistic good guys (Algerians) and bad guys (French) approach, he has to be applauded for tackling a sensitive subject which is still avoided in France – that of 132 years of French rule in Algeria and the bloody battle for independence that ended in 1962 with French defeat.”

And last but not least, Cannes also pissed off the radical Muslim government of Iran by leaving an empty jury chair for jailed filmmaker Jafar Panahi.

More on Outside the Law in The Guardian.

“The fact that a filmmaker has been imprisoned is itself intolerable. If the Iranian government continues to refuse to release Jafar, then we need explanations. Jafar Panahi was inclined to make his films under clandestine, illegal circumstances, but that’s not his responsibility alone. The responsibility is that of the authorities who prevent him from carrying out his profession. When a filmmaker, an artist, is imprisoned it is art as a whole that is attacked, and it is against this that we should react.” Iranian filmmaker Abbas Kiarostami, in Cannes to present Certified Copy, as quoted by Anita Singh in The Telegraph.

The star of Kiarostami’s film, Juliette Binoche, began sobbing after she learned that Panahi had begun a hunger strike.

Certified Copy, for its part, has earned some good notices. Below is a snippet from one:

“If the couple featured in Richard Linklater’s Before Sunrise and Before Sunset got married, grew old, divorced and reunited, the resulting confrontation would probably look a lot like Abbas Kiarostami’s Certified Copy,” writes Eric Kohn at indieWIRE. “Possibly the Iranian director’s most accessible work, this elegant, stream-of-conciousness [sic] movie takes place almost entirely within the constraints of a single two-person conversation. Humming along on the rhythm of its central dialogue, Certified Copy drags a minimalist romance down the rabbit hole of philosophical revelation.” 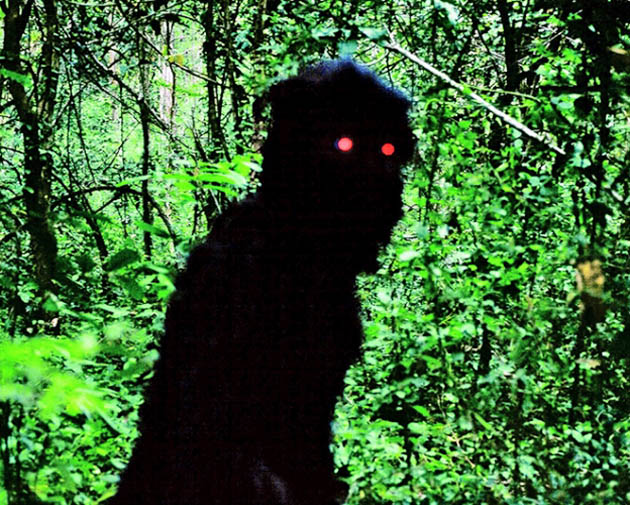 ‘Uncle Boonmee Who Can Recall His Past Lives.’

‘Uncle Boonmee Who Can Recall His Past Lives’: Cannes 2010

Apichatpong Weerasethakul’s Uncle Boonmee Who Can Recall His Past Lives is one of the films in competition for the 2010 Palme d’Or at the Cannes Film Festival.

The film tells the story of a dying man who decides to spend his last days in the countryside. Once there, the ghost of his deceased wife appears to care for him, while his long lost son returns home in non-human form. Eventually, Uncle Boonmee travels with his family to a hilltop cave where he finds the birthplace of his first life.

When asked by The Hollywood Reporter‘s Jonathan Landreth whether Uncle Boonmee Who Can Recall His Past Lives is in any way connected with current political events in Thailand – which led the government to declare a state of emergency in the country in April – Weerasethakul responded, “not directly. What’s happened in Bangkok now is a class war.”

Here’s a snippet from Landreth’s interview:

THR: Is there a moral to the story you’re telling in the film?

Weerasethakul: I’m really not sure what the audience will get because normally I don’t like to have a message of my work. I think film is more than that. It should be more open to many different interpretations because we approach it from so many different backgrounds. Especially for this film, which has six reels, each one different in location and style. With me, there’s a lot of talk about life as nonsense. It just goes on. So it is with cinema, too.

A Toronto Film Festival poll conducted in 2009 chose Weerasethakul’s Syndromes and a Century as the best film of the decade.

Uncle Boonmee Who Can Recall His Past Lives image: Cannes Film Festival.

“Film Socialisme is indeed like an uncertainly remembered dream. Its first section appears to take place on a cruise ship: various disjointed sequences follow one another; then we shift to a family-owned petrol station somewhere in France. A confrontation between French and German passengers appears to resonate with disputes and tensions within the family; archive film shows searing images from the second world war, from Israel and Palestine, from the modern-day Odessa Steps. On paper, these elements sound exasperating, baffling and banal – and that’s certainly how they were received by some. But I found their confrontational quality, and the bold juxtapositions, very resonant.” Peter Bradshaw on Jean-Luc Godard’s Film Socialisme in The Guardian.

“Wittily, perversely, contrastingly, the final words in the movie [in which myriad languages are spoken by animals of all kinds, including human beings] are ‘no comment,’ which appear in large English letters like a declaration, bringing this 1 hour and 41 minutes of sights and sounds to an abrupt close. Mr. Godard, 79, was scheduled to appear at a press conference after the screening, but made good on these last words by not showing up. Though the rumor that he would be a no-show had circulated before the screening, several dozen journalists trooped to the press room to see if a representative might appear with an explanation. Nothing. Not even a note. No comment.” Manohla Dargis in the New York Times.

“To say that Film Socialisme is difficult to follow and politically inscrutable, and would drive most ordinary viewers to sleep or insanity, is to state the obvious – indeed, it’s probably to state that Godard has achieved his goals. It has an incomprehensible story, kind of, involving a Mediterranean luxury cruise ship and a family-owned gas station somewhere in exurban France (with a llama and a donkey housed on the premises). By stretching a point, you could say it’s got characters and actors, in the sense that people show up on screen and say things. But it isn’t trying to convince you with any kind of dramatic illusion.” Andrew O’Hehir at Salon.com.

Lambert Wilson in Of Gods and Men.

Xavier Beauvois’ ‘Of Gods and Men’ with Lambert Wilson: Cannes

Screened at the Cannes Film Festival, Xavier Beauvois’ Des hommes et des dieux / Of Gods and Men, starring Lambert Wilson (above, left) and Michael Lonsdale, tackles the gruesome, real-life horror story set in 1996 Algeria, when seven French monks were beheaded by Islamic militants. Or were they?

In 1992, when it became clear that Algerian voters were going to elect Islamic candidates, the army intervened so as to save the country’s “democracy” – by destroying it. A civil war between the two groups ensued, leaving more than 200,000 dead in that country of 27 million. The rest of world, as usual, mostly looked away.

Whole villages were massacred during that time – by either side, with one group blaming the other – but more than anything, what caught the attention of the rest of the world was the plight of the seven Christian Europeans caught in the Muslim crossfire.

Instead of focusing on the politics behind the kidnapping and murder of the French monks, Beauvois’ chief concern according to reviewers is on the monks’ own inner struggles. In fact, despite its horror-movie setting, the Toronto Star‘s Peter Howell has called Of Gods and Men “a beautifully acted and directed work of uplift and inspiration.” (Kirk Honeycutt of The Hollywood Reporter was much less enthusiastic, calling the film “ponderous.”)

“What interested me was the story of these men, who they were, and the rest, well, we don’t really know,” Beauvois remarked in a news conference. The director, who co-wrote Of Gods and Men with Etienne Comar, added that he personally believed that their deaths were the result of a blunder by the Algerian military.

Of Gods and Men was shot in Morocco, though Beauvois asserted that decision had nothing to do with security reasons.