As the fall 2005 Paris riots continue into their ninth day – having now spread to other French cities – film aficionados might want to check out Mathieu Kassovitz’s Prix César winner La Haine / Hate, a 1995 anti-establishment drama that chronicles the lives of three young (male) Parisian outcasts: a Jew (Vincent Cassel), an Arab (Saïd Taghmaoui), and a black man (Hubert Koundé).

Despite actor-turned-screenwriter/director Kassovitz’s hipper-than-thou direction and his tendency to overemphasize the obvious – including his choice of the socio-ethnic groups represented by the three leads – La Haine is worth a look due to its ever-timely subject matters: poverty, social injustice, bigotry, violence, repression. Notwithstanding their urban French setting, these issues are in fact universal in scope.

Considering our myriad cross-border threats – ranging from terrorism to global warming – all of which fueled by a mix of greed, corruption, ignorance, social disenfranchisement, and political apathy, only the braindead could opt to see Planet Earth as a place inhabited by disparate tribes, and subdivided into first, second, and third compartments.

We all share the same world and it’s the only one we have. La Haine begins and ends with a warning: if things continue as they are, it’s only a matter of time before we experience our own planetary Big Bang – and time is running out fast.

The current Paris riots will then look like child’s play. But who’s paying attention?

From the Paris riots to Summer Storm in Chicago: Billed as “the second-oldest lesbian and gay film festival in the world,” the 24th Chicago Lesbian and Gay Film Festival, a.k.a. Reeling 2005, opened on Nov. 3 with a screening of Marco Kreuzpaintner’s German drama Summer Storm / Sommersturm, described as “a sexy, evocative coming-of-age story that defies the stereotypes of the genre to deliver a fresh and gratifying vision of young gay athletes in love.”

Other Reeling 2005 highlights include: 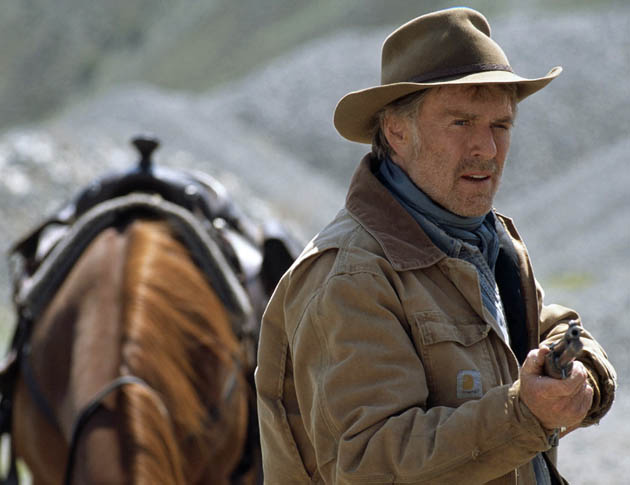 Robert Redford in An Unfinished Life. Held in the Brazilian city of Manaus, the Amazonas Film Festival – World Festival of Adventure Films opened with a screening of the Wyoming-set drama An Unfinished Life, starring Robert Redford (Best Actor Oscar nominee for The Sting, 1973; Best Director winner for Ordinary People, 1980) as a surly rancher who, at least at first, is none too pleased to become acquainted with his son’s widow (Jennifer Lopez) and her daughter (Becca Gardner). Lasse Hallström (Best Director nominee for My Life as a Dog, 1987) handled the proceedings, from a screenplay by Mark Spragg (who also wrote the original novel) and his wife, Virginia Korus Spragg.

From Chicago to the Amazon: The Amazonas Film Festival – World Festival of Adventure Films, whose official goal is to “alert the public of the need to protect and defend” the Amazon ecosystem, kicked off on Nov. 4 in the Brazilian city of Manaus, located in the heart of the Amazon jungle. Lasse Hallström’s An Unfinished Life, starring Robert Redford, Jennifer Lopez, and Morgan Freeman, was the opening night gala presentation.

Expected guests include veteran Claudia Cardinale, the female lead in Werner Herzog’s 1982 Amazonian epic Fitzcarraldo; Best Director Oscar winner Roman Polanski (The Pianist, 2002); and Victoria Abril, whose credits include Pedro Almodóvar’s Tie Me Up! Tie Me Down! and High Heels.

Eight international adventure films will vie for the top award; there will also be a competitive sidebar featuring eight “ethnic and/or wildlife” documentaries, in addition to a Brazilian short film competition. Norman Jewison (In the Heat of the Night, The Hurricane) will head the feature film jury.

The week-long festival is being held at the Amazonas Opera House, a renaissance-style theater built in 1896 during the boom years of the region’s rubber plantations. The festival comes to a close on Nov. 10.

From Manaus to Norway by way of New York City: To celebrate Norway’s independence centenary, the Film Society of Lincoln Center’s Walter Reade Theater will be presenting the 29-movie series “A Luminous Century: Celebrating Norwegian Cinema” between Nov. 12–19.

The series consists of Norwegian productions from the early 1920s to the present, including the following:

“A Luminous Century: Celebrating Norwegian Cinema” has been organized in collaboration with the Norwegian Film Institute, with the support of the Consulate General of Norway in New York. 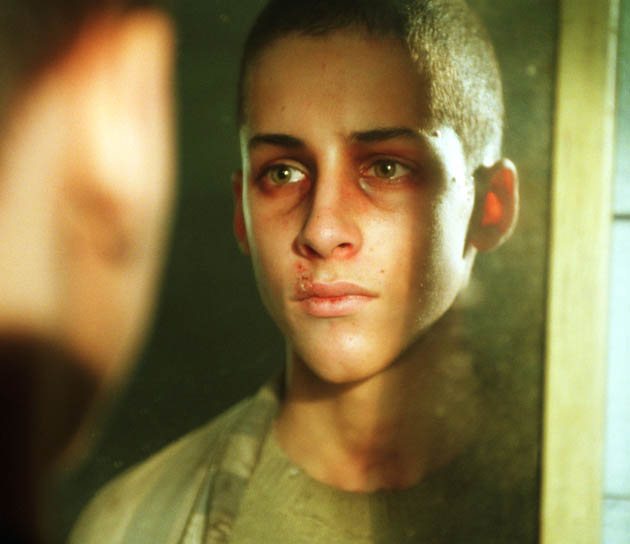 Fateless with Marcell Nagy: U.K. Jewish Film Festival entry. A Golden Bear contender at this year’s Berlin Film Festival and Hungary’s submission for the Best Foreign Language Film Oscar, Fateless marks the directorial feature debut of veteran cinematographer Lajos Koltai (Angi Vera; Mephisto; Oscar-nominated for Malena, 2000). Written by 2002 Nobel Prize in Literature winner Imre Kertész – adapting his own semiautobiographical 1975 novel (translated as either Fateless or Fatelessness) – the Nazi era-set drama follows a Jewish 14-year-old (Marcell Nagy) as he is deported from his Budapest neighborhood to Auschwitz and later on to Buchenwald. Less than three years ago, the similarly themed The Pianist earned director Roman Polanski an Academy Award.

From New York City’s Norway to London: The 2005 U.K. Jewish Film Festival, which kicked off on Nov. 5 in London, will screen more than 400 films, including the following:

“Our festival enables a huge diversity of Jewish films to be seen by the public,” says festival director Judy Ironside. “From short films, films about Orthodox Jewish lesbians, and Israeli rappers, to feature films starring some of Hollywood’s biggest names.”

Of course, it’s not my goal to shock people, but it’s my goal to display the conditions and how horrific it was. And I want to take the glory and the polish out of war, because when we glorify battles, when we mythicize, like make campaigns into mythical stories, I think we really undermine the actual suffering that takes place, the actual horrors that take place. So I think the response, the overall response that we got in Australia in the preview screenings, where people responded to this, people got this from the film, people understood that war is not glory, war is not polished. As in the film, at the end of the film, it’s mud, disease, death, and fear.

In 1915, more than 100,000 people lost their lives – most of them Turkish soldiers – in the Winston Churchill-planned Gallipoli campaign, which became one of the Allied Force’s most disastrous World War I debacles.

Partly narrated by Best Actor Oscar winner Jeremy Irons (Reversal of Fortune, 1990) and Sam Neill (Plenty, A Cry in the Dark), Gallipoli – which doesn’t sound at all like something intended for the Saving Private Ryan and Black Hawk Down crowd – is not to be confused with the 1981 Peter Weir anti-war drama featuring Mel Gibson, Mark Lee, Bill Kerr, and Harold Hopkins.

Below are a few more November 2005 news items, ranging from the one-year anniversary of the murder of Dutch filmmaker Theo van Gogh to (film-related) accusations of Republican influence peddling.

What Is an Indie Movie? + The Hollywood England Awards Strike Again