This awards season, The Tillman Story has won only three awards. Besides the San Francisco Film Critics, the documentary also received top honors from the Florida and St. Louis Film Critics.

Three years ago, Bar-Lev’s My Kid Could Paint That was nominated for the Gotham Awards, while his Fighter, about Czech Holocaust survivors Jan Weiner and Arnost Lustig, earned a Special Mention at the 2000 Karlovy Vary Film Festival.

Bay Area programmer Elliot Lavine was named the recipient of the Marlon Riggs Award “for courage & vision in the Bay Area film community.” 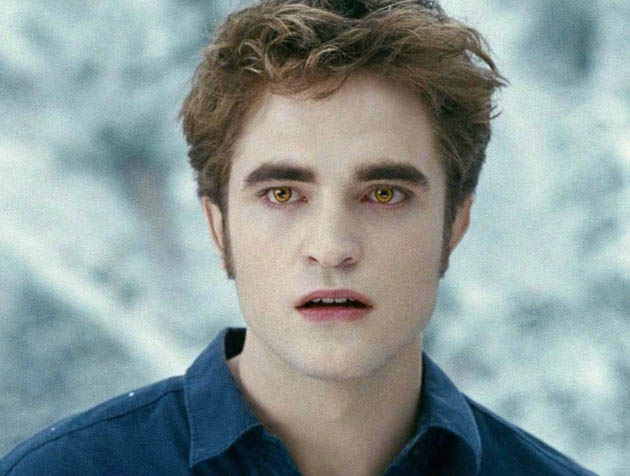 Edward Cullen a.k.a. Robert Pattinson in The Twilight Saga: Eclipse. Among the recently announced – unusual – awards season winners were The Tillman Story, Michelle Williams, John Hawkes, Halle Berry (see further below), and … the centenarian vegetarian vampire Edward Cullen, played by Robert Pattinson in the Twilight Saga movies. Although bypassed by the celebrity-friendly Critics’ Choice Awards, Edward topped one of the Audience Award categories of the British-based Richard Attenborough Film Awards.

The second half explains how…

Other Audience Award winners were Angelina Jolie as Star of the Year for Phillip Noyce’s thriller Salt and, matching the critics’ choice, Chloë Grace Moretz as Breakthrough Star of the Year.

Swedish actress Noomi Rapace, who has been generally bypassed on the North American side of the Atlantic, was the United Kingdom’s regional film critics’ Best Actress. Rapace’s Richard Attenborough Film Award was presented for her performance as a tough-looking hacker in the hit thrillers The Girl with the Dragon Tattoo, The Girl Who Played with Fire, and The Girl Who Kicked the Hornet’s Nest.

Fincher, however, missed out on the Best Director award. British filmmaker Christopher Nolan topped that category for his sci-fi/adventure mix Inception, featuring an all-star cast headed by Leonardo DiCaprio.

Chloë Grace Moretz was the Rising Star of the Year for her work in Kick-Ass, Diary of a Wimpy Kid, and Let Me In.

Film of the Year: The Social Network.

Rising Star of the Year: Chloë Grace Moretz, Kick-Ass, Diary of a Wimpy Kid, Let Me In.

British Movie of the Year: Harry Potter and the Deathly Hallows: Part 1. 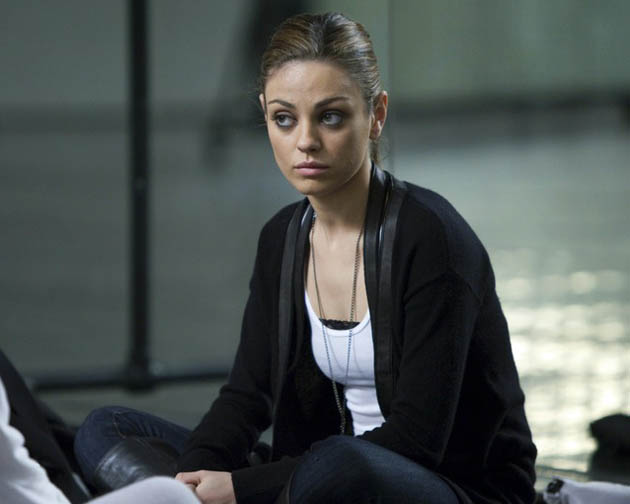 One should also remember that the Broadcast Film Critics Association has ten titles in the running for Best Film, while its “top” categories – Director, Acting, Screenplay – have six names/titles each. That helps movies collect extra nominations, especially those featuring high-profile, TV-ratings-friendly performers.

In that regard, it’s telling that the Broadcast Film Critics Association nominated only three films in this year’s Best Foreign Language Film category:

Needless to say, widely acclaimed releases such as Olivier Assayas’ Carlos, Bong Joon-ho’s Mother, or Claire Denis’ White Material would have been meaningless to an American television audience.

Lesley Manville not among couple of Critics’ Choice surprises

Strangely, some awards season pundits have been shocked because Lesley Manville failed to receive a Best Actress nomination for her performance in Mike Leigh’s independently made British drama Another Year. Instead, they should have been shocked had Manville been remembered by Critics’ Choice Awards voters. Or that Edward Cullen failed to be shortlisted in some category or other.

In fact, it’s astonishing that Leigh’s Another Year screenplay got shortlisted (in place of something like Due Date) and that Animal Kingdom performer Jacki Weaver found her way into the Best Supporting Actress category. More likely candidates would have been Winona Ryder for Black Swan or Dianne Wiest for Rabbit Hole or some other Hollywood name.

In all fairness, when the New York Film Critics Circle hands out three awards to something like Lisa Cholodenko’s The Kids Are All Right, one shouldn’t expect the Broadcast Film Critics to go any further from TV Guide recommendations than a handful of nods for Debra Granik’s indie hit Winter’s Bone. That’s as daring as it gets. 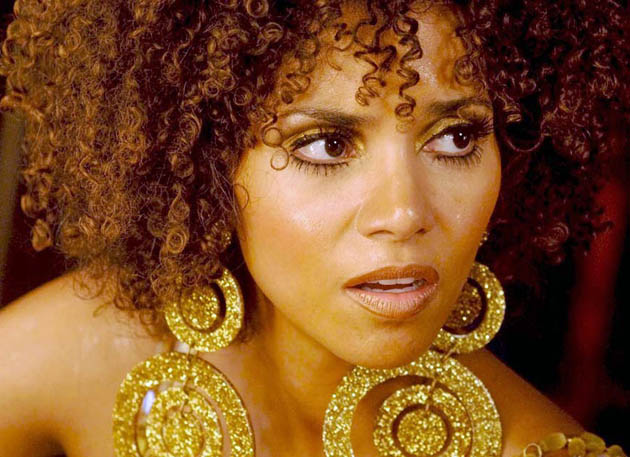 Mark Wahlberg, who has been ignored elsewhere for his performance in David O. Russell’s The Fighter was voted Best Actor. The African American Film Critics’ other acting awards all went to black or part-black performers: Halle Berry for Geoffrey Sax’s Frankie & Alice, and, in the supporting categories, For Colored Girls actors Kimberly Elise and Michael Ealy.

Halle Berry for the Oscars?

A few weeks ago, widespread online buzz raised the possibility that Best Actress Oscar winner Halle Berry (Monster’s Ball, 2001) would become a front-runner at the 2011 Oscars for her performance as a woman suffering from multiple personality disorder in Frankie & Alice – shades of Oscar winner Joanne Woodward in the 1957 drama The Three Faces of Eve.

That didn’t seem very likely then, and it sure doesn’t seem at all likely now. African American Film Critics or no, Berry has been all but ignored this awards season.

The African American Film Critics’ Best Director was a white British guy – one who hasn’t been faring all that well elsewhere, notwithstanding his Richard Attenborough Film Award win: Christopher Nolan for Inception.

Curiously, this particular critics group has a category for Best Song, but not for Best Foreign Language Film. For the record, this year’s winner was N. Simone’s “Four Women” from For Colored Girls.

Image of Robert Pattinson as the vampire Edward Cullen in The Twilight Saga: Eclipse: Summit Entertainment.

Yeah for “The Tillman Story” winning the Best Documetary! It would be nice if the film came away with the Oscar as well, but I’m not holding my breath.

In his “The Fog of War” interview with Jason Guerrasio, Amir Bar-Lev, the director of “The Tillman Story,” said: “… there’s been no culpability on the second half of this tragedy, which is the higher ups trying to cover it up. … to borrow a football metaphor, they [the Tillman family] ran the ball 99 yards over four years time, they handed it off at the one-yard line to Congress and they fumbled it….”

Shortly after Sundance, Bar-Lev emailed me that “he was pretty hard on the Democratic Congress in his film.” True, his film does portray Congressman Waxman’s Oversight Committee as ineptly failing to get answers from the top military leadership during their hearing.

However, Bar-Lev’s film missed the ”untold story” that both the Democratic Congress and the Obama Presidency protected General Stanley McChrystal from public scrutiny of his central role in the cover-up of Pat Tillman’s friendly-fire death. This cover-up was a thoroughly bi-partisan affair. It wasn’t just a case of the Bush administration and the Army stonewalling the Democratic Congress. Congress didn’t just “fumble” the ball, they threw the game.

It’s not surprising that after their initial cover-up of Pat Tillman’s friendly-fire death fell apart, Army officers and the Bush administration lied to protect their careers. But after they took control of both Houses of Congress in 2006, the Democrats (including Congressman Henry Waxman, Senator Carl Levin, and Senator Jim Webb) and Senator John McCain could have gone after those responsible. Or at least not promoted them! (see “The [Untold] Tillman Story” at feralfirefighter.blogspot.com and Mary Tillman’s foreword in the paperback edition of her “Boots on the Ground by Dusk” (at blurb.com).

Just before the 2006 mid-term elections, Kevin Tillman published his eloquent letter, “After Pat’s Birthday”. Kevin had hoped a Democratic Congress would bring accountability back to our country. But, just as with warrantless wiretapping and torture, those responsible for the cover-up of his brother’s friendly-fire death have never been held accountable for their actions.

Sorry to break this to you as it seems you don’t like this organization but National Board of Review selected Wahlberg for THE FIGHTER. I don’t think that’s a performance that’s “been ignored elsewhere.” Prejudiced much?

Jesse Eisenberg — not Mark Wahlberg — was the National Board of Review’s Best Actor winner.