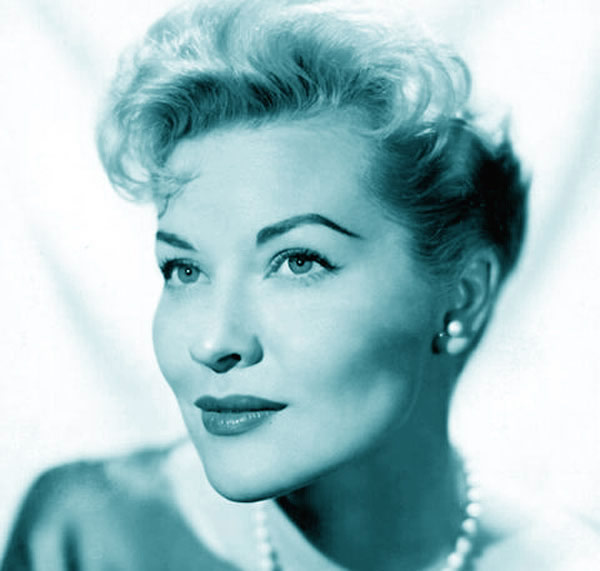 Though best known as a recording artist, Patti Page made a handful of movie appearances in the early 1960s. In 1960, the 33-year-old Page was seen in a supporting role as an Evangelist in Richard Brooks’ movie adaptation of (part of) Sinclair Lewis’ novel Elmer Gantry (1960). Starring Jean Simmons as an Aimee Semple McPherson clone, the critical and box office hit earned Burt Lancaster that year’s Best Actor Academy Award.

The following year, Page had the female lead opposite David Janssen in Albert Zugsmith’s Dondi, based on a popular comic strip. In the now all-but-forgotten B family comedy-drama, David Kory played the title role, acerbic gossip columnist Walter Winchell played himself, and Page got to sing “Meadow in the Sky.”

According to the IMDb, Patti Page was also featured in the 1954 short Autumn in Rome, directed by Gone with the Wind‘s production designer William Cameron Menzies. That same year, Page was heard performing “Autumn in Rome” in the soundtrack of Vittorio De Sica’s English-language drama Indiscretions of an American Wife, starring Jennifer Jones and Montgomery Clift.

Patti Page was featured in several television series, including Appointment with Adventure; Bachelor Father; The Bob Hope Show; and Magic Mansion, playing herself in the 1966 episode “How Much is That Doggie in the Window.”

When I was little I remember watching Dondi , they showed it on TV around Christmas I loved hearing Patty Page sing.