Any rare stuff? Not really. Most Paul Newman movies are widely available. Well, his early television appearances are probably hard to find. Perhaps also The Secret War of Harry Frigg. Or Pocket Money. But TCM won’t be showing any of these.

Even so, TCM will be offering some good stuff, most notably the family drama/social commentary Hud (1963), the psychological drama Rachel Rachel (1968), and the Hitchcockian comedy-adventure The Prize (1963).

In my view, Hud is one of Newman’s two or three best films and one of the most mature movies to come out of Hollywood in the ’60s. It also has Newman’s most effective pre-1980s performance; he is the selfish, reckless, rudderless Hud, the guy wearing the most dangerous jeans west of the Mississippi.

Rachel Rachel marked Newman’s feature-film debut as a director. He doesn’t appear in front of the camera, but his wife, Joanne Woodward, delivers one of the greatest film performances ever as a lonely, small-town schoolteacher who feels time is passing her by. Falling for the wrong man (James Olson) doesn’t help matters any.

Managing to avoid the trap of cheesy melodrama, Rachel Rachel was deservedly nominated for a Best Picture Oscar. Surprisingly – especially considering how much the Academy loves movie stars – Newman was left out of the running for Best Director. 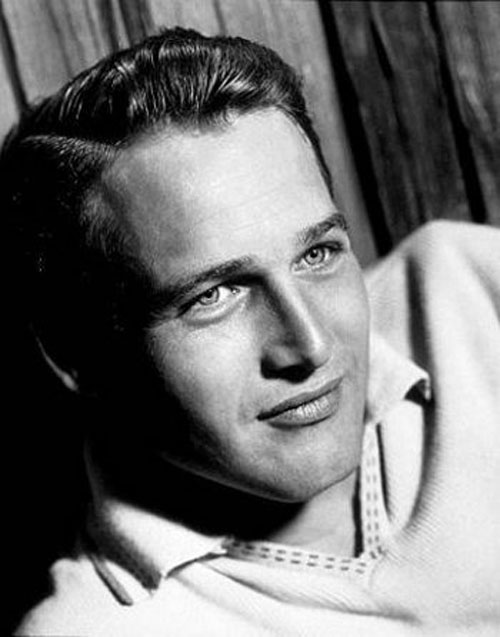 Directed by Mark Robson, the fast-paced The Prize at times almost feels like a remake of North by Northwest. Newman is good as the man on the run, while Elke Sommer and Edward G. Robinson are just as enjoyable. The prize in question is the Nobel Prize, which may go to Robinson or to the other Robinson. Newman wants the right one to get it.

Somebody Up There Likes Me (1956) is a sentimental biopic about boxer Ricky Graziano – it’s also a far cry from the harsh The Set-Up (1949), which TCM showed a week or so ago. Robert Wise directed both movies.

Cat on a Hot Tin Roof (1958) has its fans, but I’m not one of them. I don’t think Tennessee Williams’ play is very good to begin with, and most of the performances in Richard Brooks’ adaptation (co-written by James Poe) feel highly theatrical. Worse yet was the bowdlerization of the story, as the homosexual inclinations of the ex-football player (Newman) have been so whitewashed as to become nearly nonexistent.

The drama is more complex and less strident in another Richard Brooks adaptation of a Tennessee Williams tale, Sweet Bird of Youth (1962). The problem is that you have to believe Geraldine Page is a movie star a la Ava Gardner.

I find the dramatically incohesive, overlong Paris Blues (1961) one of Martin Ritt’s weakest efforts, while the only redeeming feature in Stuart Rosenberg’s Cool Hand Luke (1967) is Jo Van Fleet’s cameo. In fact, Luke is one of the most tedious classics I’ve ever seen. We’re supposed to root for the rebellious underdogs, but after 15 minutes I was cheering the fascist cops.

The Sting (1973), directed by George Roy Hill, and co-starring Robert Redford and Robert Shaw, was a major blockbuster and a Best Picture Oscar winner – and to think Ingmar Bergman’s Cries & Whispers was in the running that year.

Oscar or no Oscar, I much prefer Harper (1966), a flawed but intriguing all-star (Janet Leigh, Lauren Bacall, Julie Harris, etc.) mystery that remains mysterious to the end. In all honesty, I couldn’t make head or tails of it, but at least it kept me awake. Jack Smight directed.

As an aside: Newman felt movies beginning with the letter “H” brought him luck, e.g., The Hustler, Hud, Hombre, Harper. Hence, his 1984 directorial effort Harry & Son, in which he also starred opposite Robby Benson and Joanne Woodward. Unluckily, however, the father-son melodrama turned out to be a critical and box office disappointment. Yet, Harry & Son is a must for it features one of Newman’s very best performances.

6:30 AM Prize, The (1963)
An American Nobel Prize-winner mixes it up with spies when he travels to Stockholm to collect his award. Cast: Paul Newman, Elke Sommer, Edward G. Robinson. Director: Mark Robson. Color. 135 min.

Robert Redford Movies: Two of the Biggest Blockbusters Ever and War Hero or Serial Killer?

The Loss of a Teardrop Diamond Movie: Satisfying Williams