Paul Walker, best known for his role as the former cop Brian O’Conner in the Fast and Furious movie franchise, died earlier today, Nov. 30, in a fiery car crash in Valencia, a community in the city of Santa Clarita, located in the northern outskirts of Los Angeles County. Early reports indicated that two (unidentified) people had died after a red Porsche crashed into both a tree and a light pole, bursting into flames, in Rye Canyon Business Park. According to police, speed was a likely factor in the crash. Paul Walker was 40.

Walker was a passenger in the car of Roger Rodas, CEO of Always Evolving Performance Motors, described as “a performance shop for high end vehicles,” and one of two Valencia-based companies owned by Walker. (As per Santa Clarita’s KHTS, the other one is called Hybrid Heaven.) According to his official Facebook page, Paul Walker had been in Santa Clarita attending a charity event at Always Evolving Performance Motors to support his charity organization Reach Out Worldwide.

As found in his profile at World Challenge, the El Salvador-born Roger Rodas was “ranked by Barron’s as one of America’s top wealth management advisors and portfolio managers …. His passion for high-performance sports cars and luxury cars has served as the catalyst for Always Evolving, which he started with Paul Walker, and offers Rodas a creative outlet for which to share his love for sports cars and racing. … Roger spent much of his early career racing Porsche GT3 Cup race cars in the Porsche Owner’s Club and other amateur race series.” Rodas had turned 38 last October 31.

Born on September 12, 1973, in Glendale, just a few miles north of downtown Los Angeles, the Mormon-raised Paul Walker initially wanted to become a marine biologist along the lines of Jacques Costeau. Instead, the former baby model began acting on television in the mid-’80s, most notably in recurring roles in the TV series Highway to Heaven, starring Michael Landon, and Throb, starring actress and singer Judy Canova’s daughter Diana Canova. Among Walker’s other TV appearances in the ensuing decade were those in Who’s the Boss?, Touched by an Angel, and, in the early ’90s, another recurring role in the daytime soap opera The Young and the Restless.

Despite his handsome face and athletic physique, oftentimes all that’s needed for movie stardom (or at least leading man status), Paul Walker’s film career would only take off after his co-starring role opposite Vin Diesel in Rob Cohen’s Universal-distributed sleeper hit The Fast and the Furious (2001). Walker would be featured in four other movies in what eventually became a hugely popular film series worldwide: 2 Fast 2 Furious (2003), Fast & Furious (2009), Fast Five (2011), Fast & Furious 6 (2013).

The way Paul Walker saw it (or so he claimed), the immense popularity of the Fast and Furious movies had to do not with eye-popping stunts and vehicles moving near the speed of light, but with the Value of Family. “When I did the first [Fast and Furious film], it was a cool movie where I got to run around in race cars, shoot a gun and kiss a hot chick,” Walker told USA Today not long before his death. “That’s where I was at in my life then. Now that I’m older, there’s a reason we’re still here. The themes we hit on early on, whether the audience even realized what it was that was drawing them in is irrelevant. The second you lose the family, how significant are we?”

To date, not including ancillary revenues, the Fast and Furious movies have grossed $2.38 billion globally. Paul Walker reportedly earned $1 million for his participation in the first movie; his fee went up to $7 million in later entries. (Walker was absent from the third film in the series, the 2006 entry The Fast and the Furious: Tokyo Drift.)

Next in line is James Wan’s Fast & Furious 7, currently filming, and – for the time being – scheduled to be released in July 2014. It’s unclear if Paul Walker had already completed his work on the film. 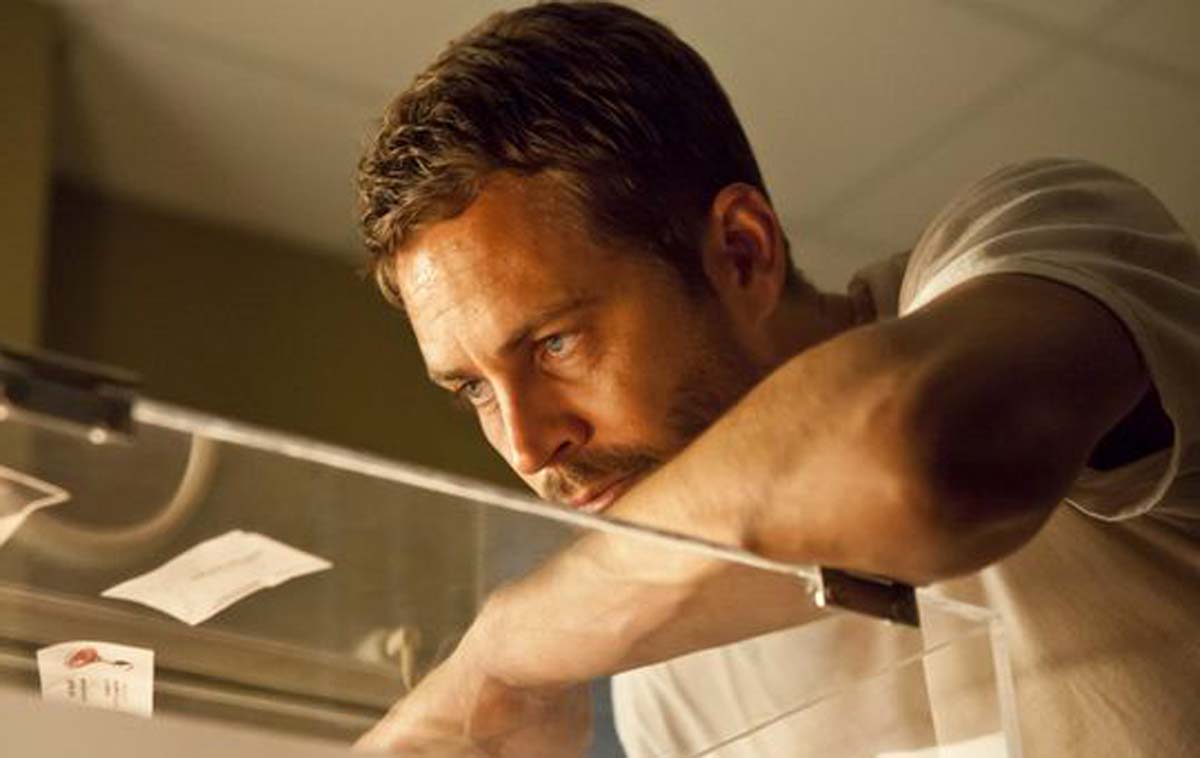 Paul Walker movies: Few worthwhile efforts away from the ‘Fast and Furious’ franchise

Aside from the Fast and Furious franchise, Paul Walker was featured in about 15 movies since the turn of the century; most of those were little-seen releases that did nothing to expand his following beyond fans of slick, high-speed shenanigans, e.g., John Glenn’s thriller and straight-to-DVD release The Lazarus Project (2008), co-starring Piper Perabo; Wayne Kramer’s box office bomb Running Scared, with Vera Farmiga; John Stockwell’s mix of deep-sea adventure and crime thriller Into the Blue, with Jessica Alba and Josh Brolin; and another straight-to-DVD effort, Mukunda Michael Dewil’s poorly received thriller Vehicle 19 (2013).

Walker’s most recent release was Wayne Kramer’s Pawn Shop Chronicles, with the likes of Brendan Fraser, Matt Dillon, Elijah Wood, and Vincent D’Onofrio. Earlier this year, the ensemble action-comedy took in a negligible $8,088 in North America.

Paul Walker in Hours: Living ‘the experience’ of movie making

According to the IMDb, Paul Walker will next be seen in the thriller Hours, playing a man fighting to save his newborn daughter as Hurricane Katrina wreaks havoc in the hospital where the baby is being kept alive by a ventilator. Written and directed by Eric Heisserer, Hours is set to open in limited release on December 13 in the United States. Also in the Hours cast: Genesis Rodriguez, TJ Hassan, and Judd Lormand.

“What I’ve found recently is the heart, the soul, whatever you want to call it, it doesn’t differentiate,” Walker told USA Today about his work on Hours. “If you really live the experience [of] making a movie, it’s the same as living it in real life, as crazy as it sounds. My victory in that movie was my victory in real life.”

Besides Fast & Furious 7, in 2014 Paul Walker will also be seen in Brick Mansions, a French-Canadian production directed by Camille Delamarre, and co-written by Luc Besson and Bibi Naceri. In the film, Walker plays an undercover cop who infiltrates the gang of a crime lord with access to a neutron bomb. Also in the Brick Mansions cast: Robert Maillet, RZA, Carlo Rota, David Belle, and Catalina Denis. (More information on the Paul Walker movie ‘Brick Mansions.’)

As per the Reach Out Worldwide website, while taking part in the relief efforts following Haiti’s deadly earthquakes in January 2010, Paul Walker “saw a gap between the availability of skilled resources and the requirement for such personnel in post-disaster situations.” After the Haiti trip, Walker joined forces with friends to create Reach Out Worldwide, described as “a network of committed professionals with first responder skill-set.”

The site adds that the organization “operates on the philosophy that by making a difference in just one person’s life, the world has been changed for the better.”

According to reports, Paul Walker was in a seven-year relationship with Jasmine Pilchard-Gosnell, 23. He also leaves behind his 15-year-old daughter, Meadow Walker, from a previous relationship.

So very very sad ,such a great actor ,handsome lad , heartbroken ! May God give his family strength . God Bless x