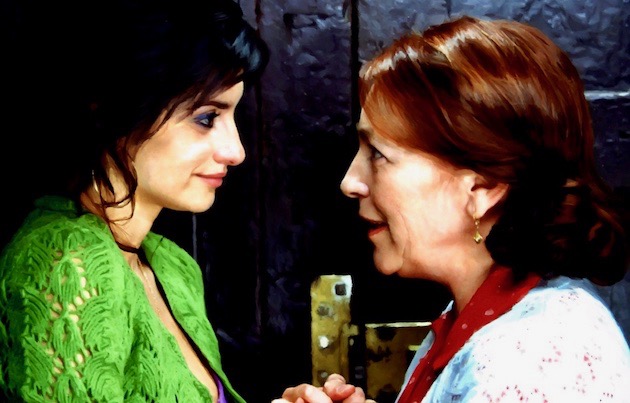 Almodóvar, however, failed to win Best Original Screenplay; the winner in that category turned out to be Guillermo del Toro. Pan’s Labyrinth, in fact, was this year’s no. 1 Goya pick: eight trophies in all, including Best Cinematography (Guillermo Navarro), Best Editing (Bernat Villaplana), and Best New Actress for Ivana Baquero, the young girl who becomes acquainted with a mysterious underworld inhabited by fantastic creatures in post-Civil War Spain.

Among this year’s other Goya Award winners were Stephen Frears’ The Queen, starring Helen Mirren as a cuddly version of Queen Elizabeth II and chosen as 2006’s Best European Film, and Alejandro Doria’s Argentinean drama The Hands / Las Manos. The filmmaker’s first feature in 16 years, The Hands was selected as the Best Spanish-Language Foreign Film. Inspired by real-life events, it tells the story of a priest (Jorge Marrale) who effected miraculous cures using only his titular body parts. (Curiously, the Spanish Academy lacks a Best Foreign Language Film category.)

The Goya Awards’ Best Actor was veteran Juan Diego for Víctor García León’s Go Away from Me / Vete de mí, in which he plays a stage actor who suddenly finds his thirty-something son (Juan Diego Botto) at his doorstep. Late last year, Diego’s Go Away from Me performance earned him the Best Actor award at the San Sebastian Film Festival.

Best Director winner Pedro Almodóvar was absent from the Goya Awards ceremony – according to himself, out of sheer exhaustion; according to rumors, out of sheer tension. He’d had problems with the Spanish Academy in the past – he felt they had been snubbing his work – to the point that he and his brother, producer Agustín Almodóvar, had withdrawn their membership.

All About My Mother (1999) was a major Goya hit, winning seven awards, including Best Film and Best Director. In the 21st century, however, the internationally acclaimed Talk to Her (2002) won only one Goya (Best Original Score for Alberto Iglesias) while Bad Education (2004) failed to take home a single statuette out of its (only) four nods.

Not helping matters, the director was disappointed at Volver having just missed out on a Best Foreign Language Film Oscar nomination. Almodóvar candidly referred to the Hollywood Academy’s snub as “a bucket of cold water.”

“If since September they say you’re the favorite in every magazine,” Agustín told the Spanish press, “there comes one day when you look at yourself in the mirror and say, ‘You’re the favorite.’”

At least with the Spanish Academy voters, Almodóvar indeed was.

Pedro Almodóvar’s Volver may have been unlucky at the Oscars, but it sure was lucky at Spain’s less internationally known Cinema Writers Circle Awards. (See further below their full list of winners and nominees.)

Among the Cinema Writers Circle’s other favorites were: 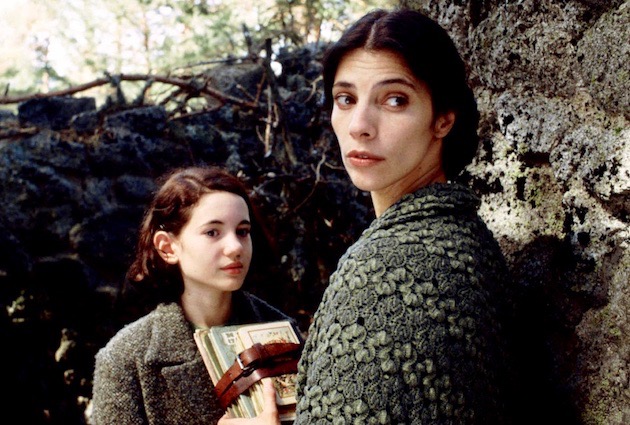 Pan’s Labyrinth with Maribel Verdú and Ivana Baquero. Even though Pedro Almodóvar’s Volver won most of the top awards at the 2007 Goyas, Pan’s Labyrinth / El laberinto del fauno took home the largest number of statuettes: eight in all. In Guillermo del Toro’s post-Spanish-Civil-War-set mix of bloody politics and dark fantasy, Best New Actress Ivana Baquero plays a young girl who discovers a magical underground world inhabited by fairies, frogs, fauns, and the creepy Pale Man, while Best Actress Goya nominee Maribel Verdú is a member of the anti-fascist Resistance.

Bon Cop Bad Cop with Patrick Huard and Colm Feore. In Érik Canuel’s Canadian blockbuster and multiple Prix Jutra nominee Bon Cop Bad Cop, two police officers – Ontario’s anglophone Colm Feore and Quebec’s francophone Patrick Huard – are thrown together by a merciless twist of fate: a body dangling from the sign marking the border between the two Canadian provinces. Complicating matters, the duo not only come from different linguistic and cultural backgrounds, but they also have little in common in terms of either ethics in policing or tastes in clothing. Can such disparate characters work together so as to capture the – as it turns out – mad serial killer on the loose?

More awards season news: with 12 nods each, including Best Film, the top nominees for Quebec’s Oscars, the Prix Jutra, are:

Both films are also well represented at this year’s Genie Awards.

Lapointe, however, failed to nab a matching Best Director nod. In his place is Claude Gagnon, whose Kamataki follows a suicidal young Canadian man (Matthew Smiley) who slowly learns to appreciate life after spending time with his unconventional uncle (Tatsuya Fuji) in rural Japan.

The Jutra Awards’ Best Actor shortlist is off-kilter this year, with two nominations going for “couples” instead of individual actors: Bon Cop Bad Cop‘s bon cop and bad cop – Colm Feore and Patrick Huard – were nominated as one, and so were Olivier Gourmet and his Congorama co-star, Paul Ahmarani.

According to Prix Jutra general manager Henry Welsh, the producers of the two films wanted their leading men on a single ballot to avoid having them compete against each other. Why that was allowed is another matter, considering that it places at a disadvantage the “single” performers – Luc Picard for A Sunday in Kigali and Marc Béland for The Little Revenge Guide / Guide de la petite vengeance.

Also worth noting, two of this year’s acting nominees were also shortlisted last year: Luc Picard, who was in the running for L’Audition, and 2006 Best Supporting Actress winner Danielle Proulx (C.R.A.Z.Y.), who’s back again this year, this time in the Best Actress category for Family Story / Histoire de famille.

Regarding the fact that the 2007 Prix Jutra nominations were announced the same day as the Oscars, Henry Welsh explained, “We decided and booked everything before the Oscars chose their date. I could’ve changed it but I thought it would give the Jutras a certain aura if they’re given the same media treatment (in Quebec) as the Oscars. It’s a big cinema day.”

The Prix Jutra is named after Quebecois filmmaker Claude Jutra, who, while suffering from Alzheimer’s, killed himself at age 56 in 1986. 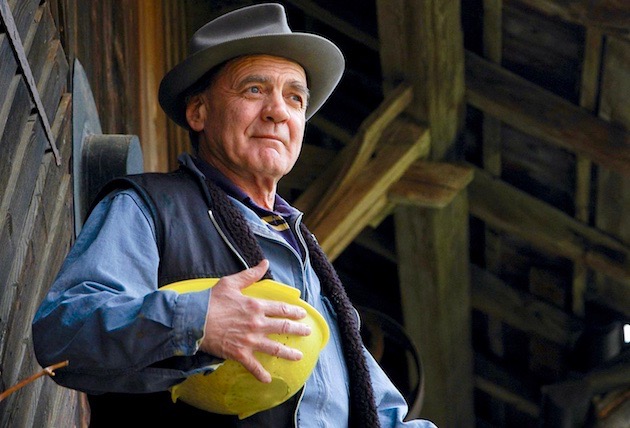 Vitus with Bruno Ganz. Fredi M. Murer’s feel-good drama Vitus stars child pianist Teo Gheorghiu as the title character, a piano-playing (and stock market-betting) 12-year-old prodigy who yearns for a “normal life” despite his parents (Julika Jenkins, Urs Jucker) insisting that he pursue a career as a classical pianist. Vitus finds refuge with his grandfather (veteran Bruno Ganz), who, with his grandson’s financial assistance, buys himself an airplane. This Disneyesque-sounding tale is the Swiss Film Awards’ top homegrown release of 2006 and one of the semifinalists for the Best Foreign Language Film Oscar.

The story of a reluctant piano prodigy (Teo Gheorghiu) and his grandfather (Wings of Desire and Downfall veteran Bruno Ganz), Vitus has sold nearly 200,000 tickets since its release in German-speaking Switzerland last year.

The Swiss Film Awards’ Best Documentary was Heidi Specogna’s The Short Life of José Antonio Gutierrez / Das kurze Leben des José Antonio Gutierrez, about a Guatemalan street kid who, after emigrating to the United States, joined the U.S. marine corps hoping to gain American citizenship. Instead, he ended up as the first dead U.S. soldier in the Iraq War.

The Swiss Film Awards’ Best Film and Best Documentary trophies are each worth SFr60,000 (approximately US$48,000).

Jean-Luc Bideau was chosen Best Performer in a Leading Role for his work in Jean-Stéphane Bron’s comedy My Brother Is Getting Married / Mon frère se marie, about a dysfunctional family’s attempts to appear functional during a wedding ceremony. Natacha Koutchoumov was the Best Supporting Performer for Denis Rabaglia’s comedy Do Not Panic / Pas de panique.

Grounding – The Last Days of Swissair shows how the demise of Swissair in 2001 affected the people of Switzerland, while the more upbeat Late Bloomers revolves around four elderly women (Stephanie Glaser, Heidi Maria Glössner, Monica Gubser, and Annemarie Düringer) who scandalize their little town when they decide to turn a local shop into a chic lingerie store.

For comparison’s sake, the most successful Swiss film ever at the domestic box office is Rolf Lyssy’s The Swissmakers / Die Schweizermacher, which sold nearly one million admissions back in 1978. In the cast of this comedy about the difficulties foreigners must face while applying for Swiss citizenship: Emil Steinberger, Walo Lüönd, and Beatrice Kessler.