Persona + Being John Malkovich: ‘Movies on the Mind’ 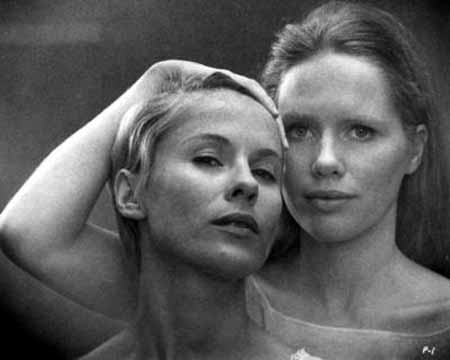 Ingmar Bergman’s 1966 psychological drama Persona and Spike Jonze’s 1999 psycho-bizarro comedy Being John Malkovich will screen as a double feature on Friday, July 20, at 7 p.m. at the Academy of Motion Picture Arts and Sciences’ Samuel Goldwyn Theater in Beverly Hills.

The psycho-double feature is being presented in conjunction with the ongoing exhibition “Movies on the Mind: Psychology and Film since Sigmund Freud” in the Academy’s Fourth Floor Gallery.

The evening will begin with Persona, a dark, moody piece about a nurse (Bibi Andersson) who cares for an actress (Liv Ullmann) who has inexplicably lost her voice. In time, the nurse feels her whole self being taken over by the actress. A close-up of a face – half Ullmann’s, half Andersson’s – is as haunting as anything you’ll ever see on film. Now, Persona is no walk in the park. In fact, it’s the sort of film that requires more than one viewing to be fully appreciated – but it’s definitely one of Bergman’s best. As a plus, both Andersson and Ullmann deliver flawless performances.

Being John Malkovich will be screened at 8:30 p.m. Directed by Spike Jonze and written by Charlie Kaufman (both of whom received Academy Award nominations, along with – supporting – actress Catherine Keener), Being John Malkovich revolves around a puppeteer (John Cusack), his obnoxious co-worker (Keener – the best thing about the film), and his girlfriend (Cameron Diaz), all of whom go on trips inside actor John Malkovich’s brain. Needless to say, things go awry after a while.

I’m not a fan of either Jonze’s or Malkovich’s feature film work. (Exception to the rule: Malkovich’s excellent star turn in Paul Newman’s masterful 1987 film adaptation of Tennessee Williams’ The Glass Menagerie.) All I can say about Being John Malkovich, hailed as the most clever and most innovative film since Edwin S. Porter’s 1903 The Great Train Robbery, is that it left me not only cold but bored to tears. (Adaptation was even more insufferable, despite the presence of Meryl Streep and Chris Cooper in top form.)

The worst thing about a clever concept is that its creators may find their basic idea so amazingly brilliant that they’ll stretch a 15-minute storyline into a seemingly never-ending two-hour film.

As per the Academy’s press release, “ticketholders will be able to take advantage of special evening hours for ‘Movies on the Mind,’ an interactive multimedia exhibition that presents dozens of film clips, posters, photographs and staged environments examining psychology and film. The Fourth Floor Gallery will be open prior to the screenings, from 5 to 7 p.m., and also following the first screening, from 8:30 to 11 p.m. Regular viewing hours are Tuesday through Friday from 10 a.m. to 5 p.m. and Saturday and Sunday from noon to 6 p.m. Please note the Academy will be closed over the Labor Day weekend. ‘Movies on the Mind’ will close on Sunday, September 16.”

Tickets to Persona and Being John Malkovich are $5 for the general public and $3 for Academy members. A single ticket will admit individuals to both features. Tickets also may be purchased online at www.oscars.org/events. There are no minimum order requirements and no transaction or processing fees. Tickets may be purchased online until noon PDT on the day of the event. 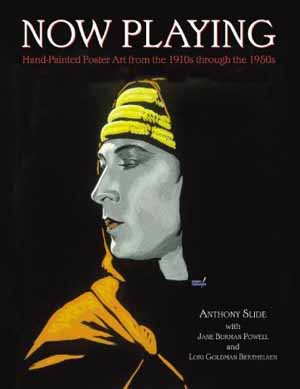 “This book documents the unrecorded and uncelebrated work of movie poster artists whose unique illustrations graced the lobbies and façades of both movie palaces and neighborhood theaters,” said the book’s author, film historian Anthony Slide.

“Working both for individual movie houses and for major chains, the artists created posters for specific audiences,” explains the Academy’s press release, “selling a film through advertising that emphasized elements that would appeal to the local market. Because the posters were thought of as disposable signs, they were often destroyed, painted over, or adapted for new films. As a result, few original examples have survived, although a number of the rare original works featured in the book are now part of the permanent collection of the Academy’s Margaret Herrick Library at the Fairbanks Center for Motion Picture Study in Beverly Hills.”

Among the dozens of color and black-and-white posters featured in the book are Edward Augustus Armstrong’s representations of King Kong, Boris Karloff’s The Mummy, and the Ann Harding-William Powell vehicle Double Harness, Batiste Madalena’s of Douglas Fairbanks’ The Black Pirate and Greta Garbo’s The Mysterious Lady, R.J. (Renfred) Rogers’ of Laurel and Hardy’s The Devil’s Brother, Edwin Isaac (Ike) Checketts’ of Gloria Swanson’s The Humming Bird, and O.M. (Otto) Wise’s of Harold Lloyd’s Girl Shy and Richard Barthelmess’ The Lash.

I’ve known Tony Slide for several years. Without his assistance, my biography of actor Ramon Novarro would never have gotten off the ground.

Having said that, I’m now free to add that Now Playing is a stunning-looking book. It’s been a while since I browsed through an advance copy at Tony’s place, but I do recall being tremendously impressed by the illustrations. In fact, even the posters that were of questionable artistic value had a story to tell – whether about the artist’s interpretation of the movie he was depicting (sometimes it was clear he had not seen the movie and knew nothing about it) or about what was considered eye-catching in those days, depending on the location of the movie house. Throughout it all, Slide’s text offers a historical-social context for the illustrations.

Published in cooperation with Angel City Press, Now Playing is based on original research by Jane Burman Powell and Lori Goldman Berthelsen. According to the press release, Tony Slide “joined the project to write the untold story.”

Now Playing: Hand-Painted Poster Art from the 1910s through the 1950s retails for US$50. To preview several of the posters featured in Now Playing, visit www.oscars.org/publications/now_playing. Now Playing is available for purchase wherever books are sold.

The Black Pirate poster: Courtesy of the Margaret Herrick Library