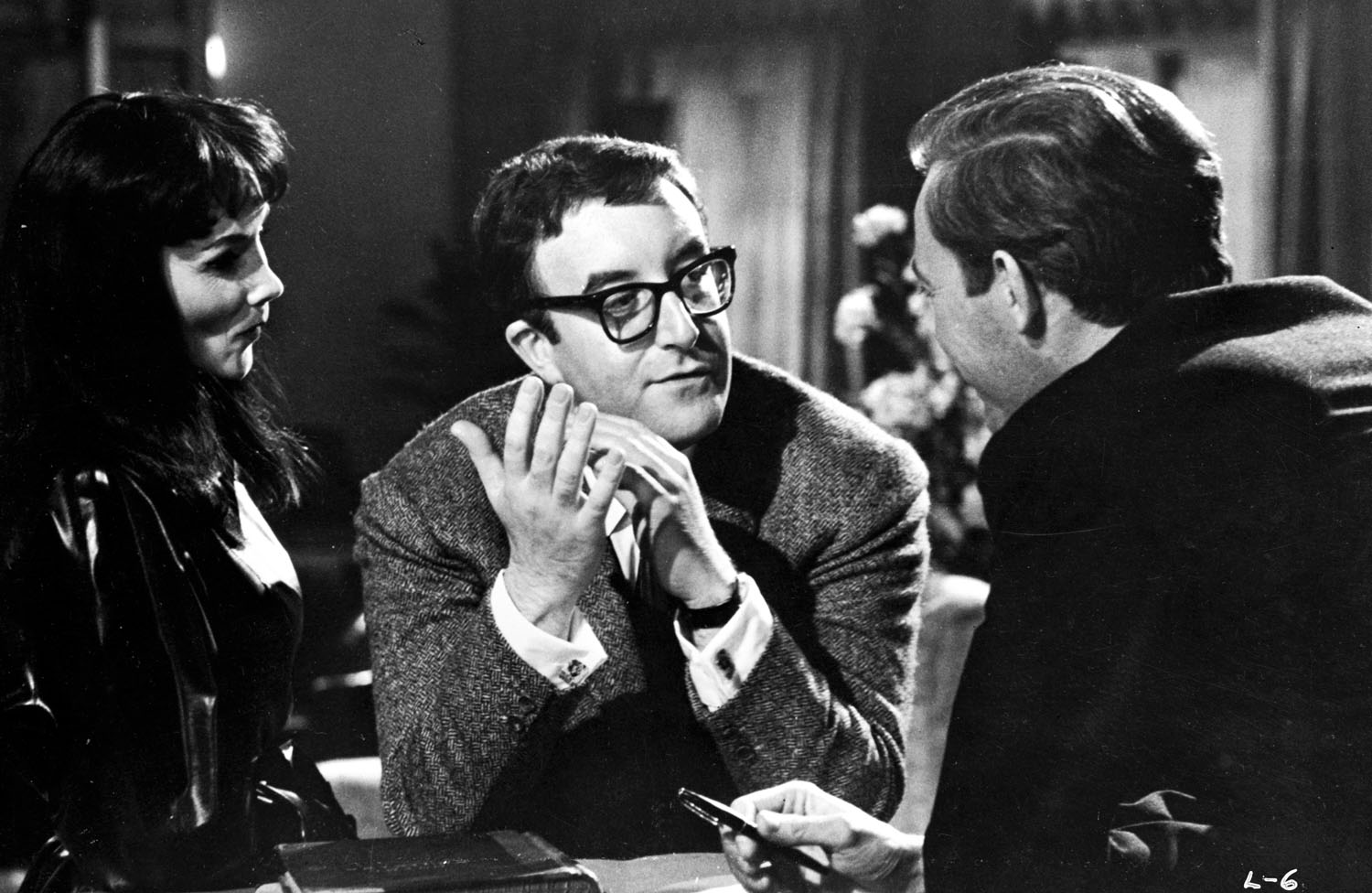 Peter Sellers will have his “Summer Under the Stars” day on Saturday, Aug. 29.

First of all, I must admit that I’m not that familiar with Sellers’ film career. Among the few of his films I’ve seen are a couple of the Pink Panther flicks – neither of which was very good – in addition to his two Oscar-nominated performances in Dr. Strangelove and Being There. So, this Peter Sellers Day on TCM will be a good opportunity for myself – and others – to become better acquainted with this versatile actor’s work.

Of the ones listed below that I’ve watched, my favorite is the all-star whodunit comedy Murder by Death (1976), one of the three features directed by multiple-Tony nominee Robert Moore from a screenplay by Neil Simon. (The other two were The Cheap Detective and Chapter Two.) Some think Murder by Death falls flat and/or that it’s offensively politically incorrect; I found it hilarious, especially Nancy Walker’s mute maid and Alec Guinness’ blind butler. (And even more especially the crucial scene when the two have to communicate.)

The plot revolves around a meeting of the world’s greatest detectives – including Sellers as a Charlie Chan variation – at a creepy mansion where they’re supposed to solve a really mind-boggling mystery. Also in the cast: Maggie Smith, David Niven, Eileen Brennan, Peter Falk, Elsa Lanchester, Estelle Winwood, James Coco, and a very freakish-looking Truman Capote. (According to reports I’ve found online, Fay Wray’s screams from King Kong are used for the mansion’s doorbell ring.)

In the political comedy The Mouse That Roared (1959), Sellers plays several different roles, most notably that of the Grand Duchess Gloriana XII, the leader of a minuscule and poor European country that wages war against the US so as to be defeated and receive foreign aid. The problem is that due to a mishap, they come out victorious. Despite its promising setup (from a novel by Leonard Wibberley), this Jack Arnold film is uneven – part of the problem is that its political points become somewhat muddled – so that a potential masterpiece ends up being only moderately entertaining.

The same can be said of Blake Edwards’ The Party (1968, right, with Claudine Longet), in which a film extra – Sellers, once again politically incorrect, in dark make-up so as to look Indian – is accidentally invited to a groovy Hollywood party. Although The Party does feature several hilarious bits, it’s just too bad that Edwards and fellow screenwriters Tom and Frank Waldman weren’t able to keep the comic momentum throughout the whole film.

Fourteen-year-old Sue Lyon is okay in the title role (in the book the character was 12), but the best performances in the film are those of supporting players Sellers (who performs a funny dance number) and Shelley Winters as Lolita’s clueless mom.

3:00 AM Your Past Is Showing (1957)
Bumbling blackmail subjects join forces to do in their tormentor. Cast: Peter Sellers, Terry-Thomas, Peggy Mount. Director: Mario Zampi. Black and white. 93 min.

6:00 AM I’m All Right Jack (1960)
A veteran starting out in business gets caught between management and labor. Cast: Ian Carmichael, Terry-Thomas, Peter Sellers. Director: John Boulting. Black and white. 105 min.

9:30 AM Only Two Can Play (1962)
A Welsh librarian fed up with his meager, married existence meets a beautiful woman with whom he tries to consummate an affair. Cast: Peter Sellers, Mai Zetterling, Virginia Maskell. Director: Sidney Gilliat. Black and white. 106 min.

I think it’s too bad really that someone as talented as Peter Sellers should be best remembered for this Pink Panther comedies. The work he did in his other films, especially Being There and Dr. Strangelove is simply magnificent. He was perhaps the top versatile commedian of his generation and perhaps of ANY gneeration. Other comedians sticked to what they could do, but Sellers always tried to reach beyond where he’d been before. That’s makes him always such an enjoyment to watch. Steve Martin’s imitation Sellers’ work is proof that being a “funny guy” isn’t enough to be a true talent.